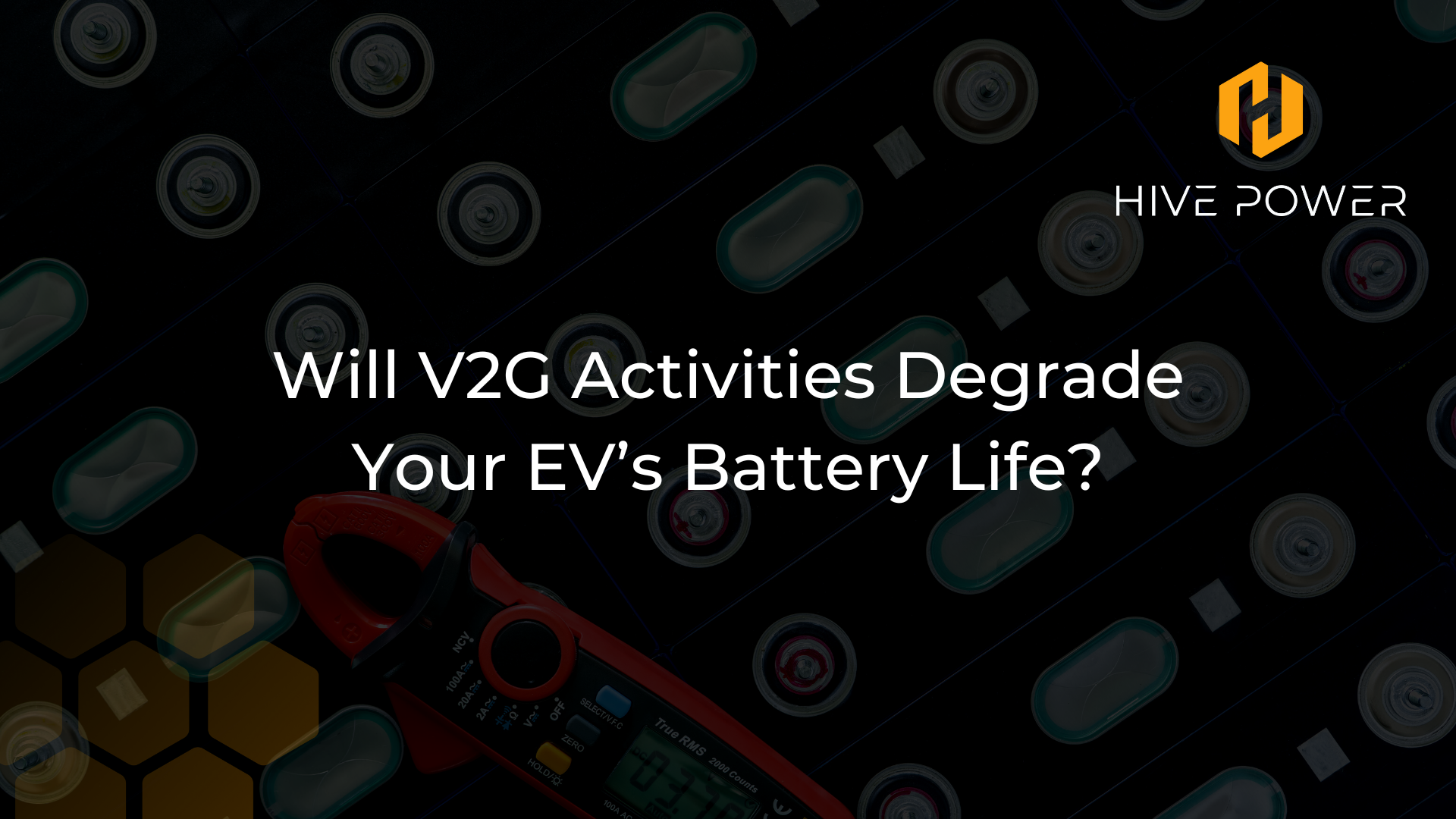 Despite the many advantages, one of the major doubts about the deployment of V2G technology is that its operation could increase the rate of degradation of the EV’s battery life. Users believe that as more charging and discharging occurs, the EV battery degradation might be more rapid than when compared with normal use. Even though the cost of production of batteries is continuously decreasing, it still contributes up to 40% of the total cost of an electric vehicle(BEV).As a user, your immediate preference will be to elongate the battery life of your EV to reduce the cost of battery replacement. Also, manufacturers of EVs are reluctant to warrant their products for V2G service because of the fear of battery degradation.Many pieces of research have been done to prove that V2G degrades the battery or otherwise. Therefore, I am writing from the point of view of a V2G technology solution provider and will answer the question to give EV users confidence to participate in V2G activities.

Understanding V2G Services And Its Advantages

Vehicle-to-Grid is a bi-directional interaction between an electric vehicle and an energy distribution grid. This interaction is possible through a connecting system that allows the bi-directional flow of energy and information.One of the common communication interfaces is called the ISO/IEC 15118 - “an international standard defining a vehicle to grid (V2G) communication interface for bi-directional charging/discharging of electric vehicles.” Another protocol for DC charging and discharging is the CHAdeMO.With the aid of these V2G communication protocols, an electric vehicle can send its stored energy to the grid and vice versa when the vehicle’s battery pack needs to be charged.EVs participating in V2G services help boost the efficiency of grids and enhance the reliability and stability of the grid through services such as load balancing, peak shaving, the regulation of frequency, and the provision of support for the incorporation of renewable energy.Research has shown that drivers park their cars up to 95% of the day. So, instead of energy stakeholders constructing battery banks for these services, EVs have impressive batteries with substantial capacities that we can harness. But at what cost?

When you consider price and reliability, it is safe to say the battery is one of the most important components of an EV. Therefore, the packaging design and the electrode materials have been thoroughly researched to further enhance battery life longevity and general performance.During normal use, it has been proven that the quality and efficiency of batteries reduce with time depending on the type of battery in question. The types of batteries suitable for electric vehicle technology include lead-acid and nickel-metal hydride batteries and lithium-ion batteries, which show substantial advantages in energy density, power density, eco-friendliness, and charging properties.However, the most preferred for electric vehicle manufacturers is the lithium-ion battery, which has a high energy density strength of over 220Wh/kg. Hence researchers tend to use this battery to establish whether or not V2G services shorten/degrade battery life.Deductions from research held at Aston University School of Engineering and many other papers show that Lithium plating, solid electrolyte interphase (SEI) growth and chemical decomposition are microscopic phenomena of battery degradation. Among these factors above, SEI formation is accepted generally as the main process which causes battery degradation. The SEI is generated on the surface of the anode as a result of the electrochemical reduction of the electrolyte, and it is essential for the long-term cyclability of a lithium-ion battery. The SEI is a passivation layer that forms when a liquid electrolyte comes into contact with a negative electrode's electron-conductive surface (NE). Thus, it has the properties of a solid electrolyte.These electrochemical reactions indicate a reduction of the battery capacity or available power output and the all-around performance and efficiency of the batteries.

There are two major perspectives used to measure battery degradation;

Calendar ageing refers to any ageing processes that cause a battery cell to degrade without being subjected to a charge-discharge cycle. It's a vital element in many lithium-ion battery applications because the working times are much shorter than the idle intervals, like electric vehicles. Furthermore, degradation due to calendar ageing can be prominent in cycle ageing analyses, especially when cycle depths and current rates are low. The formation of passivation layers at the electrode-electrolyte interfaces is the most common pattern of calendar ageing. It occurs when a battery is at rest – this is when no current is flowing through the battery.

When a battery is charged or discharged, it undergoes cyclic ageing. Mechanical strain in the active electrode materials or lithium plating might cause substantial deterioration during cycle ageing. The mechanical stress and strain caused by the insertion and extraction of lithium ions primarily cause structural disordering. Lithium plating on the negative (graphite) electrode is the most representative cycle ageing mechanism. When the battery is charged at high current rates or at low temperatures, a diffusion limitation of lithium insertion occurs. Instead of being inserted into graphite, lithium might be deposed on the negative electrode in this situation. Particle cracking and collector corrosion are two further cycling ageing mechanisms in lithium-ion batteries. On the other hand, this type of mechanism is more common in extreme use situations, such as very high current rates or very deep discharges, rather than in normal use conditions.Are there any relationships between the two battery degradation mechanisms?In addition, given that battery degradation differs depending on whether the battery is at rest or if a current runs through it, figuring out how the calendar and cycling ageing effects interact is a difficulty. When electric cars are operated, they spend most of their time (95 per cent or more) parked, and their battery's current rates are relatively low.

Will V2G Degrade your Battery?

According to a study from the University of Warwick, utilizing a battery in a V2G scenario does not necessarily harm its performance — it may even increase it. The researchers devised a V2G technique to minimize degradation after running simulations using a "comprehensive battery degradation model."They also discovered that, in certain circumstances, transferring energy to the grid could extend battery life. "Extensive modeling results show that if a daily drive cycle consumes between 21% and 38% state of charge, then discharging 40%–80% of the batteries state of charge to the grid can minimize capacity fade by roughly 6% and power fade by 3% over a three-month period," the researchers stated.A case study of the electricity demand for a representative University office building was investigated using smart-grid optimization. According to the findings, the smart-grid formulation can reduce EV battery pack capacity fade by up to 9.1% and power fade by 12.1%.

It was previously considered that using V2G technology caused lithium-ion batteries to degrade more quickly. But, on the other hand, battery degradation is more complicated – and this complexity can be used to extend the life of a battery.This blog is part of a V2X series. Continue to the other blogs in the series.