Grid Stability Issues With Renewable Energy Sources: How They Can Be Solved 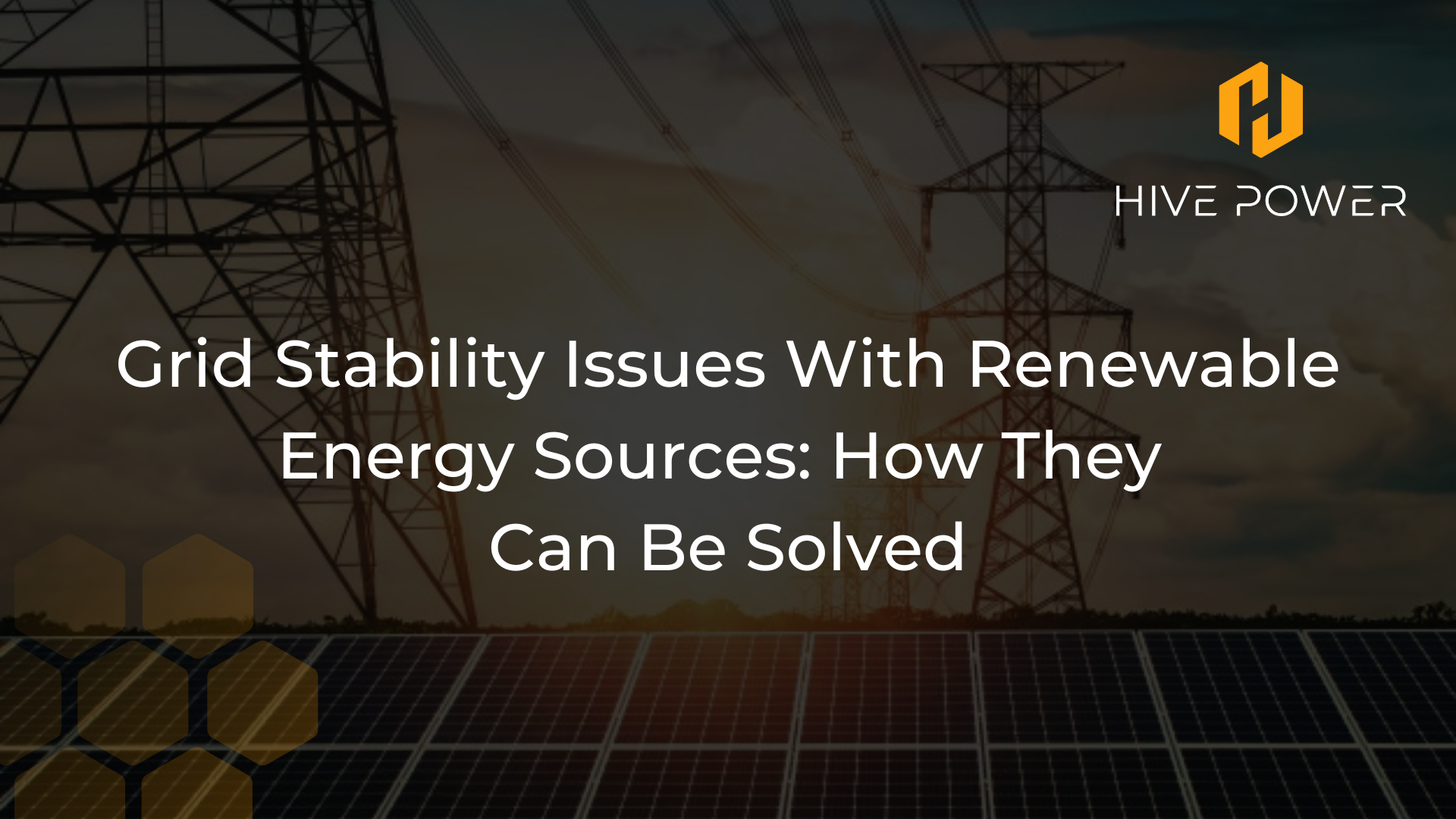 As the need for new phases in the power sector begins to unravel, no one can underplay the importance of fitting in. For a long while, grids have transmitted power, usually from non-renewable energy sources such as coal, oil, and natural gas. The production of this power is according to a scheduled and centralized system, so you would expect that it would achieve grid stability easily most of the time. Unlike conventional grids where energy suppliers have synchronous generators to support their stability, grids with renewable energy sources require a lot more to attain stability in case of interruptions.

It's simple; there needs to be a balance in production and consumption within an electrical grid. For there to be stability, the energy generated must be equal to the energy consumed. So, "unreliable" energy sources don't fare well with conventional grids. For a power grid, to remain stable, it needs to respond to volatility in voltage and frequency disturbances. For example, suppose more power is generated than consumed or more energy consumed from the grid than generated. In that case, complete adjustments are necessary within an acceptable timeframe to balance the frequency disturbances and power outages. Equilibrium is what is most important.

According to the International Energy Agency (IEA) report, the renewable energy sector's growth is set to skyrocket by a whopping 50% between 2019 and 2024. With solar photovoltaic energy leading the way, closely followed by wind and hydropower projects - which are gaining traction with speedy rollouts, the fastest observed in four years. This growth is happening because of the reduced costs of renewable energy technologies, global set targets and decarbonisation policies, and the increasingly high electricity demand.

In the production of power with solar energy, the fluctuations in the supply and demand of energy for a particular place can cause instability in the grids. These fluctuations occur because the sunlight intensity in an environment with homes using solar panels, for example, varies from time to time. Thus, while the transition to sustainable energy is still on, homes, offices, or general end users would still have times when there is low power generation from renewable energy sources. Also, there could be wastage when supply is abundant if grid operators do not apply adequate measures.

The wind turbines used to produce renewable energy are also doing a great job. Still, the fluctuations in power production pose a threat to the stability of the grids. These fluctuations come from the nature of wind speed in these applications.Relying on renewable energy sources brings its share of challenges that need definitive solutions. These solutions can be storage options, handling fluctuations and specifications for particular RE sources; (for example, solar power solutions would differ, if not slightly, from solutions for thermal energy sources or hydropower, wind farms, and the rest).

What Are The Grid Stability Problems With Renewable Energy Sources?

The three major challenges faced by conventional grids when it comes to the adoption of renewable energy sources are:

The stochastic nature of solar and wind energy production makes the frequency and voltage produced unreliable to an extent. Power inverters are supposed to adjust system fluctuations in solar power generation. However, they have proved to be weak in effectively carrying this out. In addition, the time of the day and the weather conditions continuously affect the production of power. These conditions seriously affect the operation of the grids, bringing them close to their limits.

Due to increased loads during peak hours, the existing transmission lines face a challenge of capacities matching the inflow and outflow of power. A surge can occur when producers generate too much power without warning, and the entire system would shut down. A transmission line has its specified capacity, and if this limit gets passed, thermal loads will build up, leading to damage.

As much as many homes, offices, and buildings need the power to run their operations, it cannot be at a time. The production of renewable energy can be very high at some points in time. But, also, it can be low under other conditions. Therefore, the power generated when it is needed may not be sufficient or may not match the demand.

How They Can Be Solved

The issues faced by the grids with renewable energy sources are not unsurmountable. As challenges arise, new technologies that can effectively tackle these challenges start to present a solution. Distribution System Operators can regain grid stability by applying techniques and technology to ensure the effective adaptation of renewable energy in the power sector.

1. Use of energy storage technologies

Energy storage is a great way to tackle the grid stability issues with renewable energy. It does not stop at immobile lithium-ion batteries, but mobile batteries too. The use of 'moving' batteries involves energy storage in electric vehicles using V2G technology. Virtual transmission is one of the technologies that come into play concerning specially configured battery systems. They come to the rescue of congested transmission lines and help grids retain stability.

Smart grids have many features working together intelligently. The most advantageous features that affect grid stability include the control and communication systems. In addition, the sensors can detect and evaluate imbalances in power distribution. This way, the equipment's health is closely monitored. Thus, you can ensure grid stability with smart grids, and Hive Power provides the technologies needed for this implementation.Grid managers always have to be on top of this growing problem of increased injections of renewables to the grid networks and tally these increases with their corresponding costs. Also, operators can find solutions for grid stability issues and renewables in:

Our solution modules address the problems related to grid stability with AI-driven technologies put in place. For example, the Flexibility Orchestrator modules for grid operators provide grid analytics, manage flexibility, and optimize the distribution of power on their grids. Some of the functions include:

Are you an Energy Service Provider or a Distribution Grid Operator, you can book a demo with our team to understand how Hive Power FLEXO solutions can power your smart grid management projects.

Cybersecurity, indeed, is a major concern for smart grids. Improved encryption, and authentication, to mention a few are important to protect against such attacks. This online resource would be very useful for going in-depth.

November 5, 2022
Hey! How do you approach cyber security as well as the malfunctioning of sensors in the smart grid? They too can lead to blackouts and open up new serious risks, especially when thinking about cyber security.

December 29, 2022
Mixing Synchronous energy and Asynchronous energy on a Synchronous Grid where the ruling requirement for Alternators and other sources is 4% Engine speed droop from no load to full load. The critical percentage os 27.7% of asynchronous energy at which point the Synchronous elements lose their ability to co-ordinate load and speed. Using "Average" percentages is dangerous because the dynamic conditions are what matter. 20% average is widely used, but at Tech College in 1958 we experimented on the College machines and the critical point was found to be 27.7%. Alan Swales
Thank you! Your comment has been submitted!
Oops! Something went wrong while submitting the form.