Renewable Energy in Norway: What You Should Know 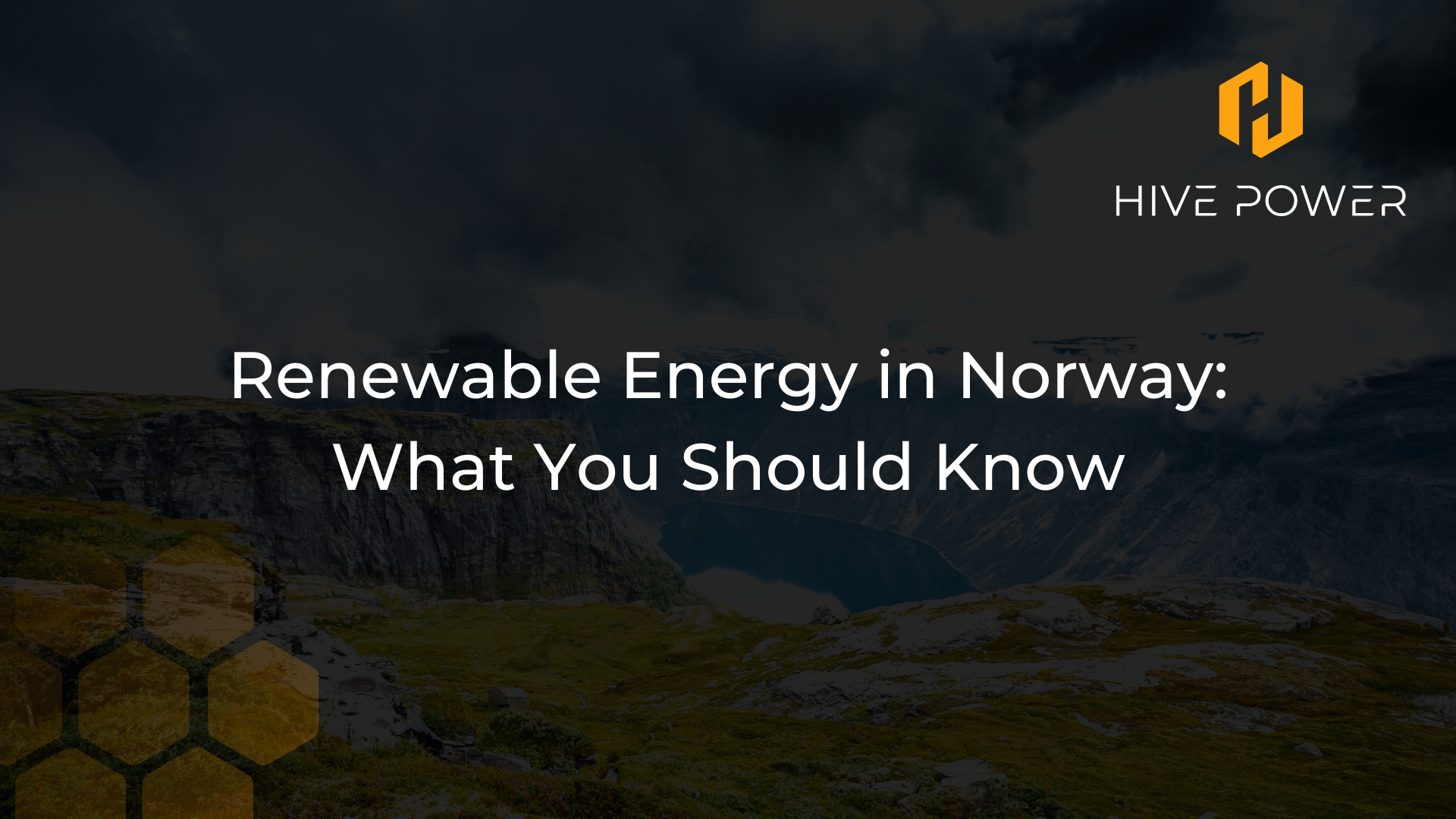 Water occupies about 5.05% of Norway’s total surface area. This fraction may seem insignificant until you find out that Norway has the second-largest water-to-land percentage globally, ranking behind only Canada with 8.93%.

Among the water bodies are the Norwegian fjords. With over 1,000 fjords running through the country, Norway is the country that shelters the most fjords in the world. With this much live and active water resource at the country’s disposal, Norway now boasts of being the European nation with the highest hydropower capacity.

Building upon this information, as of 2020, 60% of Norway’s energy needs were met through its efficient hydropower plants.

Renewable energy in Norway isn’t a new-found concept. On the contrary, the advanced Norway we are witnessing today was fashioned by crucial decisions made in the 1800s regarding the utilisation of power forces from rivers and waterfalls to generate electricity for industrial purposes. This technological idea, in synergy with ready political agreements, would go on to shape the future of energy production and consumption in Norway for the better.

Renewable Energy in Norway: How Far They Have Come.

When you compare the renewable energy situations of a nation decades apart, you’d naturally expect differences so significant that the charts spread out oddly. However, this isn’t the case in Norway.

One thing that makes the country’s renewable energy growth over the decades interesting to look at is the almost linearity of the infographics. As a nation that has long been a major player in clean energy generation and consumption, the country’s growth has been rather steady with annual nuances of difference.

Briefly, let’s dive into a breakdown of the country’s renewable energy journey over the years.

The chart below demonstrates Norway’s sources of energy consumption between 1965 and 2020. While hydropower source has led the race in energy supply since 1965, there hasn’t been a significant percentage growth — it's fluctuated between 60% and a little above 70% within this study period. Of the other renewable energy sources, only wind energy showed substantial growth towards 2020, while other sources, including solar, maintained insignificant percentages.

The electricity chart below depicts how much electricity was produced in Norway by each source between 1985 and 2021. The results share similarities with the total energy consumption chart, with Norway witnessing a peak in hydropower share in 2000 at 99.57%, which dropped to 91.72% in 2021. Conversely, wind power was the second dominant in 2021 (7.49%) after witnessing a slow growth since 1985.

The chart below represents how much CO2 was emitted per unit of energy production each year between 1965 and 2020. While these figures represent low carbon emission rates, they clearly show that contrary to what must have been expected, Norway hasn’t witnessed an impressive reduction in CO2 emissions per energy into energy produced since a year as far behind as 1965.

Policies Aiding the Growth of Renewable Energy in Norway

Renewable energy prosperity in Norway couldn’t be possible without the synergy that exists between active government participation and a compliant citizenry. Several policies have been set in place to ensure the continuance and improvement of the energy situation in Norway, and they’re highlighted below.

Norway targets 2030 as its carbon-neutrality year. However, the country’s wind power capacity remains only a minute fraction of its total renewable energy generation, accounting for only 10% of its production.

To turn this narrative around, several wind farm projects are currently ongoing:

As mentioned earlier, Norway hopes to become carbon-neutral by 2030. We’ve discussed policies and projects set in place to achieve this goal. However, after assessing a report commissioned by the Federation of Norwegian Industries, DNV finds that this is impossible.

The 2030 plan involves reducing carbon emissions by 55% compared with the 1990 levels. DNV’s Norway Energy Transition Report forecasted that Norway can manage only a 24% reduction at most by 2030 and a 79% reduction by 2050.

Based on the report mentioned above, an insurmountable increase in electricity demand will push people to consume fossil fuels, thereby setting the carbon-neutrality goal a few steps back. To prevent an event of carbon emission spike from occurring, it’s recommended that the Norwegian government give more weight to its Carbon Capture and Storage (CCS) policies.