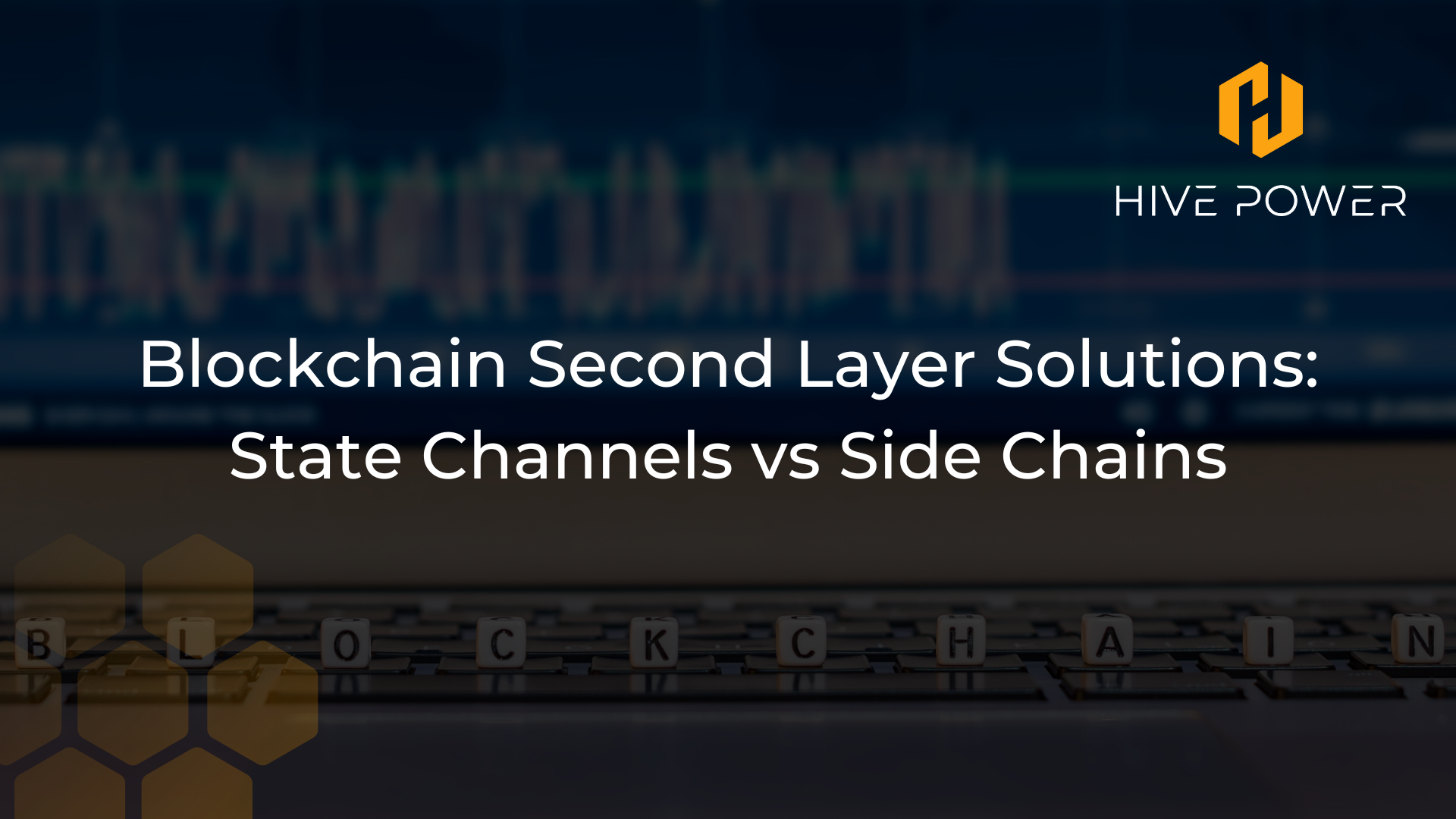 Blockchain is a fast-growing disruptive technology that is designed to improve credibility in record keeping and transactions. Its role in building trust and verified accountability is an essential service for modern dynamic transactions.

The blockchain provides a way to store verified tamperproof data that is accessible anywhere in the world at any time. The blockchain is essentially an immutable trusted database that can be used for reference when handling disputes, authenticating transactions, proving ownership and many more.

The Blockchain and How it Works

In simple terms, the blockchain is a tamperproof decentralized digital ledger that keeps a permanent record of a wide variety of verified transactions and data. These include information on property ownership, business mergers, federal documents, shares, stocks and many more.

Conventional transactions need trusted third parties to verify the information presented by the traders. These third parties include banks, financial institutions, credit review boards and governmental agencies. You need to verify the authenticity of documents, ownership, identity and monetary status of the traders before making a deal. These verification processes can be costly and time-consuming.

In the blockchain, every transaction or related data is verified and recorded in an individual block. The block is then permanently linked to any previous similar transaction and corresponding ledgers. The links are characterized by complex cryptography that is unique to the users involved and the specific transaction. Each block is linked and validated by the previous one, saving time and money spent on conventional due diligence.

Also, the blockchain data is decentralized. General ledgers can only be stored in one location at a time; probably in a vault or safety deposit box. However, data in the blockchain is stored in multiple ledgers that are updated simultaneously, adding another layer of security against hackers.

To successfully tamper with any blockchain entry, a hacker would have to alter the entire chain. He would also need to edit the ledgers of everyone else on the network in question.

The verification of blockchain transactions takes time and a lot of computational power. Yet, these processes are part of what sets the blockchain apart from conventional transactions.

These speed limitations have hindered the integration of blockchain technology with faster mainstream transactions. At its core, the Bitcoin Blockchain can only handle five transactions per second (TPS) while Ethereum handles 10 – 15. This is a stark contrast to Visa that can handle up to 24,000 TPS3.

Second Layer Blockchain Solutions were developed to accelerate the completion of blockchain transactions. They are a type of secondary framework built on pre-existing blockchain systems. Second layer systems take sets of transactions and compute them outside the main blockchain (off-chain). This reduces the load on the main chain, freeing up computational power and resources for other functions.

Second layer blockchain solutions are a series of intricate protocols designed to enhance the operation of the blockchain. They are designed with elaborate algorithms and systems to increase transaction speed, verification and security. This article highlights the general idea and operation of the two principal Second Layer block solutions, State Channels and Side Chains, in simple terms.

1. What Is A State Channel?

A State Channel is a blockchain second layer solution that allows a group of participants to perform an unlimited number of private transactions off-chain. Unlike conventional on-chain transactions, the state channel transactions are not made public. They are only visible to participants on the channel. Only the initial and final state of the transactions is recorded in the main blockchain.

State channels enable people who need to make several exchanges between themselves to maintain a blockchain ledger. Recording multiple small transfers is cumbersome on the blockchain because each transaction needs to be verified and confirmed by miners. This can slow down the type of fast-paced exchanges the state channel participants need.

State channels enable groups to perform secure, fast and low-cost transactions using blockchain technology. The state channel solutions in use today hold the promise of high scalability with some capable of doing thousands of transactions per second.

With State Channels, the participants rely on mutual agreements that are signed with their blockchain encryption signatures for verification. The participants create a smart contract elaborating the state of their transactions before going off-chain.

While off-chain, the participants can perform as many transactions as they desire without depending on miners’ verifications. They also don’t require the formation of new blocks per transaction.

A state channel is verified by its participants and their mutual smart contract. Yet, once the parties have finished their transactions off-chain, the final state is recorded in a new block on-chain. This way, the transactions can be done faster off-chain and secured permanently on-chain.

The underlying state channel security mechanism requires all participants to sign off on each transaction. Each transaction bearing the participants, digital signatures overwrites the previous one, preventing one participant from altering the final state of transactions in the absence of their counterpart.

Sidechains are smaller blockchains that run parallel to the main blockchain or main chain. They act like branches of the main chain. During operation, they transfer assets to and from the main chain to reduce congestion and facilitate scalability. Carrying out your transactions on a side chain can significantly increase the blockchain’s TPS.

How side chains Work

Sidechains have a similar structure and operational mechanism to the blockchain (main chain). Unlike state channels, every transaction in a side chain is recorded and forms a new block. Yet, sidechain blocks can be verified faster because they need fewer verifications and distributed consent than the main chain.

The sidechain is linked to the main chain via a two-way peg that allows the transfer of assets between the two chains. Assets are transferred at a predetermined rate such that the blockchain is consistently updated of the state of transactions on the side chain.

Performing transactions on sidechains ease the computational burden and congestion of the main chain, allowing participants to carry out faster transactions. Sidechains are permanent and not limited to a set group of users. They also facilitate cryptocurrency interchangeability.

A secure sidechain assures users of faster yet safer transactions by periodically securing or backing up its transactions on the main chain. This idea is the same behind the use of a two-way peg to consistently transfer assets between the primary and side chains.

Each sidechain is independent of the main chain meaning that it has its miners and dedicated computation power. If a sidechain’s security is compromised, it doesn’t affect the main chain’s protection and vice versa.

Some sidechains enlist federation groups to act as a go-between when transferring assets to and from the main chain. Although this adds a layer of security, it also increases the waiting period before a participant can actively perform transactions on the sidechain.

The energy industry is embracing blockchain technology as a unique way to record, track and manage transactions in the electricity market. The decentralization of electricity generation in Europe opened doors to a variety of challenges. The grid is now connected to multiple varied electricity producers, mini-grids and renewable energy resources.

Many of the technical electricity generation and distribution challenges are being addressed by the smart grid and other innovative solutions. Yet, the financial dynamics and accountability challenges are more intricate.

The blockchain provides a faster, more efficient and tamperproof way to track of electricity generation and consumption. This effectively increases the security, speed and accuracy of payments issued to the energy producer. This is especially valuable in markets where the electricity price varies with demand.

Using the blockchain second layer solutions to manage the financial side of alternative energy transactions can enhance smart grid dynamics. It can allow customers, mini-grids and utility-scale renewable energy projects to interact freely and in real-time. It can also accelerate the process of generating green certificates.

Recording production data on the blockchain can simplify the process of verification of electricity generation levels. It means that independent grid tie electricity producers such as rooftop solar, community solar and other projects can get paid faster and more accurately.