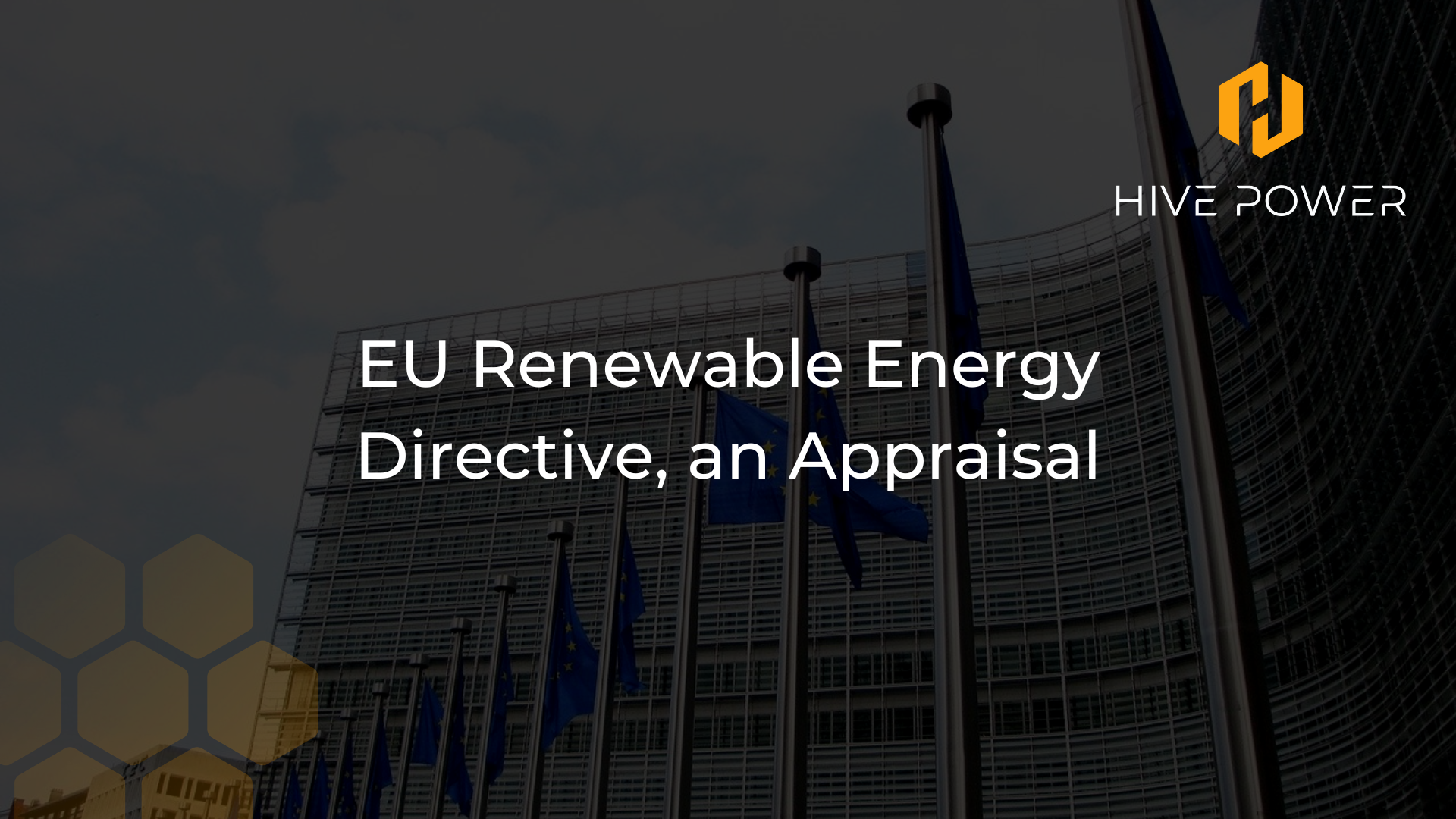 The Renewable Energy Directive (RED) of 2009 by the European Union (EU) was to be the first time the EU would set obligatory targets on a national level to implement some recommended measures. Reasons for this directive were as follows:

The initial target given by this directive, was for the EU to gain at least 20% of its energy needs through renewable energy sources by 2020, and for all its member countries to guarantee that at least 10% of their transport fuels originate from renewable energy sources. For the most part, putting forth a directive can be said to be a step in the right direction but have these measures been met? To what degree? Can they be sustained or improved on?[caption id="attachment_8270" align="alignnone" width="1280"]

By Reinhold Möller, CC BY-SA 4.0, https://commons.wikimedia.org/w/index.php?curid=68790004[/caption]Decarbonizing the entire EU economy by between 80% to 90% by 2050 is the long-term objective, but breaking it down to reasonable action plans with checks and balances is one reason RED I and RED II were implemented. To understand this, we will need to look at key categories to help us answer our myriad questions such as the relevance, effectiveness, efficiency, added value, and lessons learned.

What Is The Relevance Of The EU Renewable Energy Directive?

The key factors of renewable energy are that their sources are clean. This means that these energies do not produce greenhouse gases responsible for climate change or increase pollutant emissions. They are and remain inexhaustible. They are different from fossil fuels because they are diverse, abundant, and can be used anywhere in the world. Prices of renewable energy sources (RES) are also on the opposite side of the spectrum compared to fossil fuels making them a sensible alternative for governments, businesses, and individuals alike. Moreover, both wind and solar energy are showing a constant trend of cost reduction.For the EU, renewable energy is important because of all these reasons and for meeting long-term goals and keeping up as a forerunner in the sustainable development sector.As far as the 27 member states follow the measures spelled out in the articles given in the Renewable Energy Directive, they should notice a surge in regional development, technical development, innovation, and reduced carbon emissions, at the very least. (At this time, it is uncertain as to what stance the United Kingdom will take after BREXIT regarding the RED, but they are still included as a member state for this article).

Have The Outlined Measured Of The EU Renewable Energy Directive Been Effective?

The Renewable Energy Directive appears to have increasingly merged the development of renewable energy in member states. There is an observation that the overall target at the EU level for member states and subsequent targets on the national level, which remains legally binding, have promoted national action to an acceptable degree, with member states continuously vying to meet the national target.

The only downside is those states who have to control overly progressive outcomes to remain within the given targets.However, not all countries or member States are the same, especially regarding GDP per capita or their RES potential. To create a cohesive balance, targets are set according to economic capabilities as a factor to lower renewable targets. This has, in turn, advanced political and social support for renewable energy policies in these countries.The major controversy from the get-go was the 10% target set for the transport sector under biofuels. Despite the criteria given by the directive, concerns have arisen as to how sustainable it can be since the effectiveness only allows room for calculations of reduction in emissions of greenhouse gasses and not the degree of usefulness of newer renewable energy sources such as biomethane and hydrogen. These new sources, and indeed new methodologies, should be considered when counting towards the 10% transport target.So, to the big question:

By mandating all member states to be legally bound by the Renewable Energy Directive, the following contributions have been highlighted:

Some pitfalls have also been highlighted as:

As far as efficiency, the articles espoused within the Renewable Energy Directive show that it is on track until further deliberations on directives make room for more recent considerations. What makes it so efficient is the binding targets on all member states, which reduces the risk of limited deployment or development in the renewable energy sector.

Continuing assessment of the implementation of policies is a strong argument for the added value of the Renewable Energy Directive. Member states aren't left to their whims under this legally binding directive. The subsequent targets given to member states are introduced on time to ensure that the national targets are met, without a hitch. This serves to spotlight a clear framework through all sectors of the RED, leading to greater discipline in implementation and rarely a deviation from the established plan.An intensified ambition to increase RES production and the need to stay in line with the RED from individual member states has also proven to be an effective means of implementing the renewable energy policies. It has become obvious that close monitoring of the binding directive promotes a certain level of cooperation, even if it is not on an individual basis. An increase in reporting obligations from member states specifying whether targets are/are not reached, results in greater discipline from all quarters.

What Lessons Can Be Learned So Far?

Several factors work in tandem to effectively make the Renewable Energy Directive work within the EU, and no single factor is more significant than the other. It is the availability of cumulative activities from all sectors that determine the success, or lack thereof, of the RED in member states. Components that have and can continue to help the RED succeed include: