Renewable Energy In Switzerland: What You Should Know 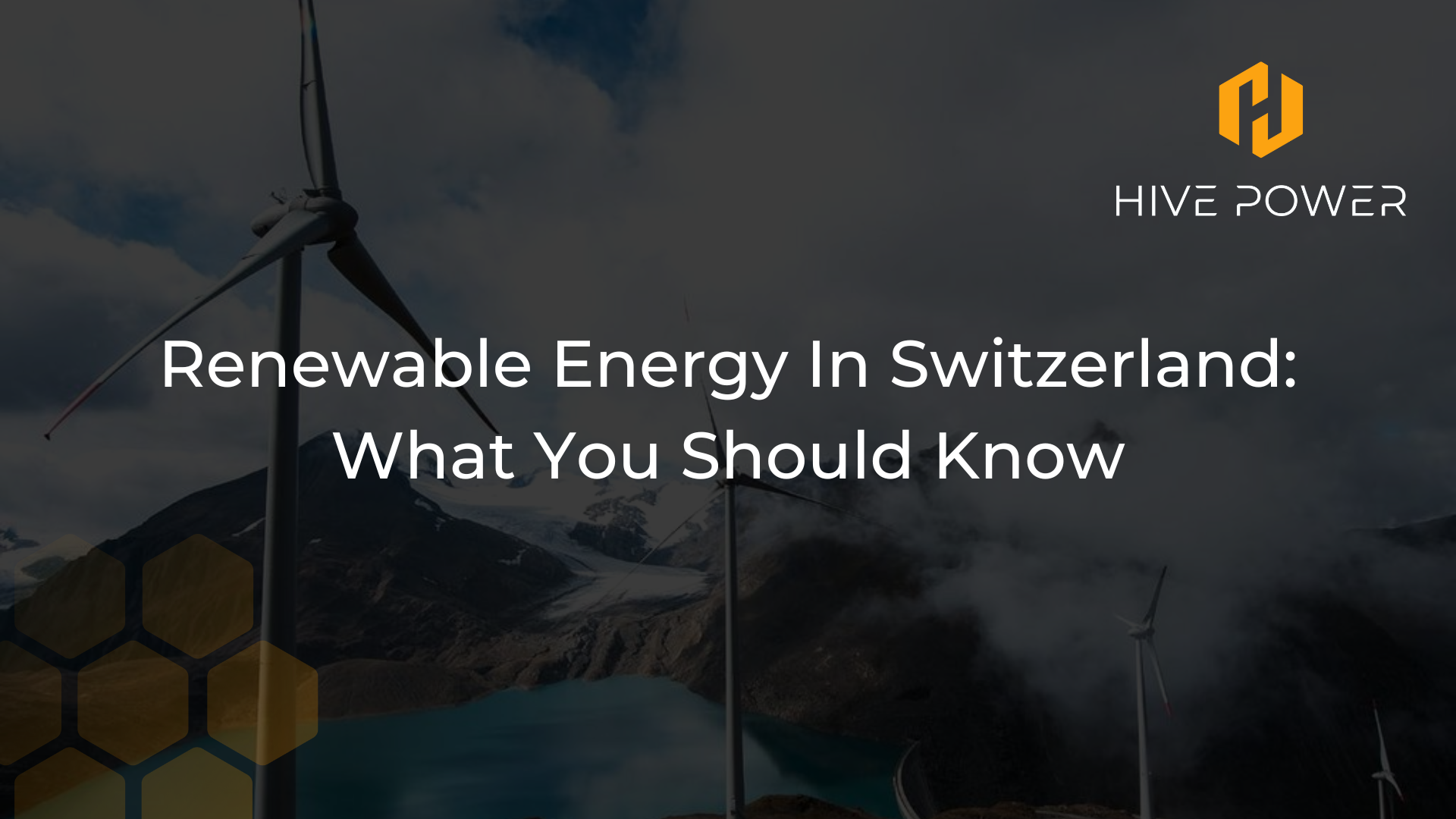 Fossil fuels have served their purpose wholly since their discovery, providing energy that has surpassed initial expectations. Still, over the years, with more innovations springing up around the world due to technological development, it has become apparent that the source of our all-important energy and its continued use is detrimental to the environment we so desperately need for continued existence. So we have turned to renewable energy.

This form of energy has a less negative environmental impact, is more sustainable, and allows for the creation of a much-needed increase in employment. RE sources also help sovereign nations utilise their natural environment and resources to generate the necessary power and acquire a self-sustaining income.

Switzerland has seen a significant surge in renewable energies such as ambient heat, biomass, wind, and solar power since 2005. Currently, the country's electricity production is almost carbon-free.

The system Kostendeckende Einspeisevergütung (KEV), which is the feed-in tariff (FIT) and its predecessor, the Mehrkostenfinanzierung (MKF), as well as specified targets, are the key instigators for market demand in renewable energy. Even though the budget made available has been rather limited compared to market demand.

The institutional framework in Switzerland, which supports renewable energy, has developed to grow continually without major hitches. With support from the SwissEnergy programme, this process has brought together myriad stakeholders, promoted innovative ideas, provided pertinent information, pushed market deployments, and supported collaboration across different sectors.

As soon as KEV was introduced, an objective for sharing renewable energy within the national energy mix by 2030 was also introduced, providing a concrete signal for renewable energy sector investors. Furthermore, the Swiss Energy Act included the target of an annual additional renewable electricity generation of 5400 gigawatt-hours (GWh) by 2030, of which 2000 GWh are to come via hydropower. These long-term targets build upon an important element in the overall framework for RES.

In 2021, the Swiss government allocated CHF450 million to help fund solar PV construction and installation. The money was intended to cover 20% of 2022 solar investment costs.

Subsidies of up to 30% of the cost of solar installations by the country's official renewable energy enforcement agency, Pronovo.

Tax deduction by approximately 20% for the maintenance of renewable energy-efficient homes.

Subsidies are to be provided to cover up to 60% of investment costs of wind power and biogas electricity plants that run on agricultural biomass.

EVs contribute many positive points to grid sustainability and decarbonisation. The Swiss government has policies, such as penalties for fossil fuel vehicles and expansion of charging stations, in place to help bolster the adoption of EVs.

Switzerland's largest alpine solar plant— Switzerland, in its winter months, produces notably less solar energy than it consumes. To properly manage this situation, Axpo and IWB began the construction of the largest alpine solar plant in the summer of last year. Upon completion, the 2.2 MW project will generate 50% of its usual output— an efficiency that is significantly more than the regular solar plant's efficiency.

Bitsch hydropower plant— GE Renewable Energy is currently under contract to refurbish two 120MVA vertical synchronous generators at the Bitsch hydropower plant in Wallis. This project's primary objectives— expected to be commissioned in 2024—are to increase the plant's durability, raise its performance, and extend its reliability.

Alpiq vertical bifacial PV plant— this 18MW project which will be completed at an altitude of between 2,000 and 2,200 metres above sea level, costs about CHF42 million. One of the objectives of this project is to solve the winter energy deficiency, as it's expected to supply 55% of its output in the winter months.

Per year, nuclear power plants in Switzerland produce about 25 TWh of electricity. For the government to replace that amount of power, approximately 25,000 football fields would need to be covered with photovoltaic panels to cater to consumer needs, hence the need for more innovation.