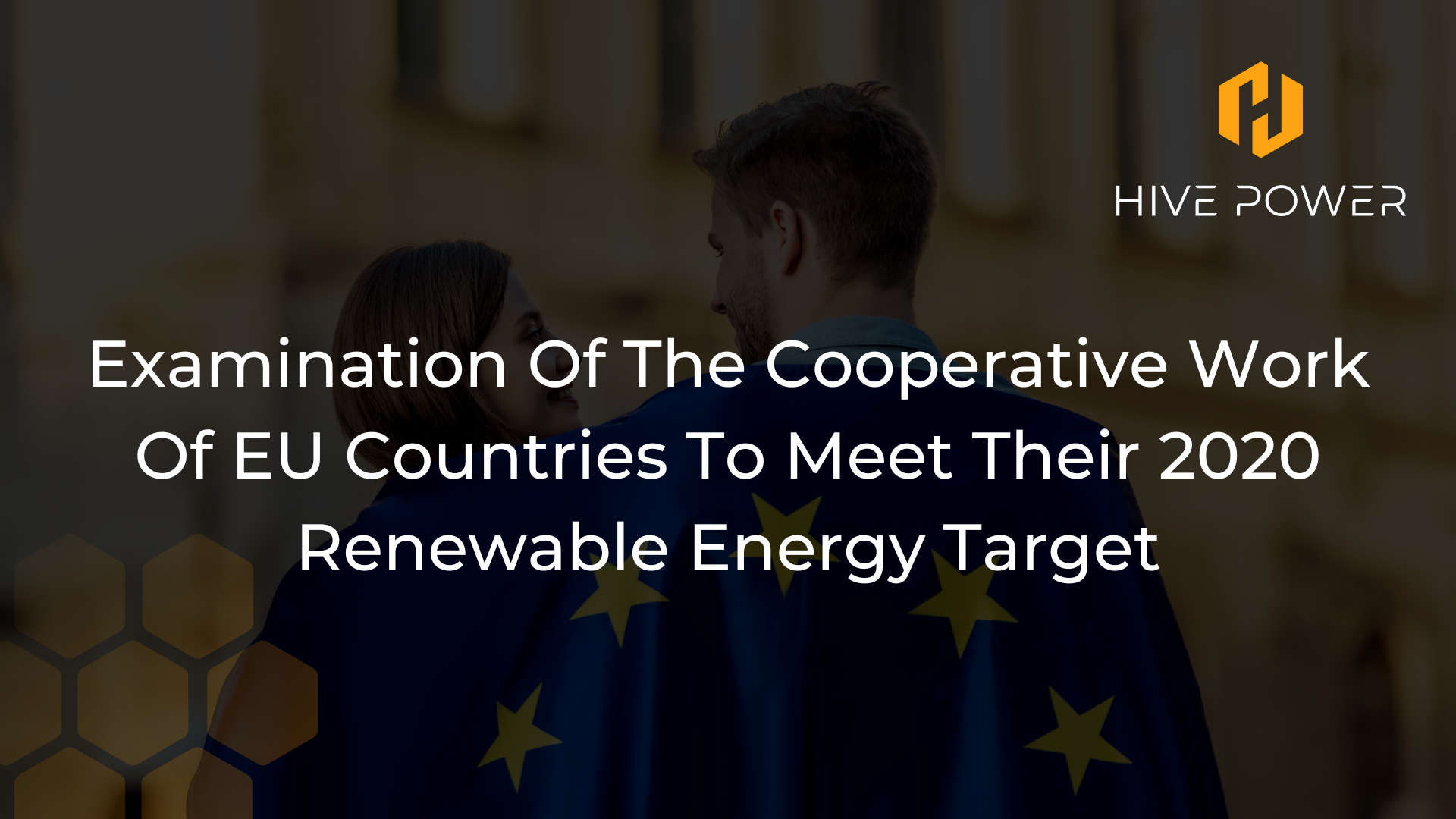 When the EU created the Renewable Energy Directive (RED), they set targets and policies, both long and short term, to drastically reduce the volume of greenhouse gas emissions. The targets and policies became binding on all EU countries that were signatory to the directive. The obvious fact that some of these countries had already set individual targets on curbing fossil fuel use and its residual effects was no deterrent.

As a union of countries willing to work together for a common goal, it would be expected that there should be cooperation whether in varying degrees or forms, to meet set targets. These have been made available in the Renewable Energy Directive under Cooperative Mechanisms as a way of ensuring that there is cooperation on various levels. Especially when concerned with countries that can't meet their set targets because of one overarching developmental or environmental factor, while others meet and exceed their targets with little hindrance from said factors.For example, a landlocked country will not be able to create as much hydroelectric power for consumption as one that has several instrumental water sources at its disposal. In the same way, a country that doesn't get as much sunlight for solar energy production as much as one that does, due to weather variations, will have to rely on the greater producer or another means of creating clean energy to meet its targets and boost the overall cooperative advantage of the EU.This doesn't mean any EU country is lacking in every area where they can find renewable energy sources (RES); on the contrary, all EU countries have a host of renewable energy sources at their disposal.The Cooperation Mechanisms enumerated under the Renewable Energy Directive are:

As explained previously, not all EU countries have equal RES. However, under article six of the Renewable Energy Directive, countries are encouraged to cooperate and help boost the renewable energy statistics of low-performing countries to meet individual targets jointly. This should only be down if they have reached their specified targets before the required timeframe. [caption id="attachment_8280" align="aligncenter" width="755"]

Source: Navigant 2020, Member states reports[/caption]With statistical transfers, countries can transfer specified renewable energy amounts (statistics only) to other countries. This doesn't necessarily mean they will transfer RES but the statistics that spill over, you can see an example in the cooperation between Lithuania and Luxembourg.National targets given by RED were to be reached at the ending of 2020. As of 2015, Lithuania had reached a target of 25.75% overshooting it's designated 23% target while Luxembourg had only achieved 5% of its mandatory 11%. Both countries essentially reached an agreement to be the first pair to utilise the cooperation mechanism of statistical transfer to propel Luxembourg to its specified target by 2020. (European Commission Info)Let us not forget that the RED sets compulsory national targets for each member state and statistical transfer can only happen after the cooperating countries have informed the European Commission. There is available flexibility with this particular mechanism to incentivise individual countries to exceed targets for some fee while others reach targets at lower costs, in essence, promoting cooperation while achieving individual targets.

These projects specifically target electricity or heating and cooling and can be extended to non-EU member states. According to a briefing by the European Environment Agency on Cross-border Cooperation on Renewable Energy, there are at least three outstanding benefits to using joint projects as a cooperation mechanism.The core benefits are as follows:

Other contributions of joint project cooperation are enumerated as:

Applying these benefits and contributions will play up a solid economic case for the use of joint projects by member states of the EU to hit their renewable energy targets and create a better economic climate, with reduced overall costs and satisfied citizens. You can see an example with the cooperation between Denmark and Germany during an auction for electricity prices for solar PV in both countries. The bids were historically low, helping Denmark cut the estimated amount of aid it would have had to release to itself for the project had it been on an individual basis.Benefits can transcend economics to levels of:

This cooperation mechanism differs from the joint project's mechanism in the sense that it deals with any renewable energy production between member states. That means it is not limited to electricity or cooling and heating.

Both member states share responsibilities and result in RES production and distribution to meet their RED targets together.The key ways to do this is through:

The cooperation mechanisms set out by the RED to aid member states in achieving their renewable energy targets are not as yet widely used despite hoping to promote essential cooperation. Only a few projects proffer ready examples, while most are still in testing phases. The good thing is that there is available room for member states to work together in creating a balance and level field of play for further explorations and expansion of ideas.

Interesting read, do you think they will make their targets?

@Jorge The targets were met and overachieved across the EU. You can find more info at this link. Our eyes are on the 2030 RED targets now.