Are we Enabling Energy Prosumers Enough? 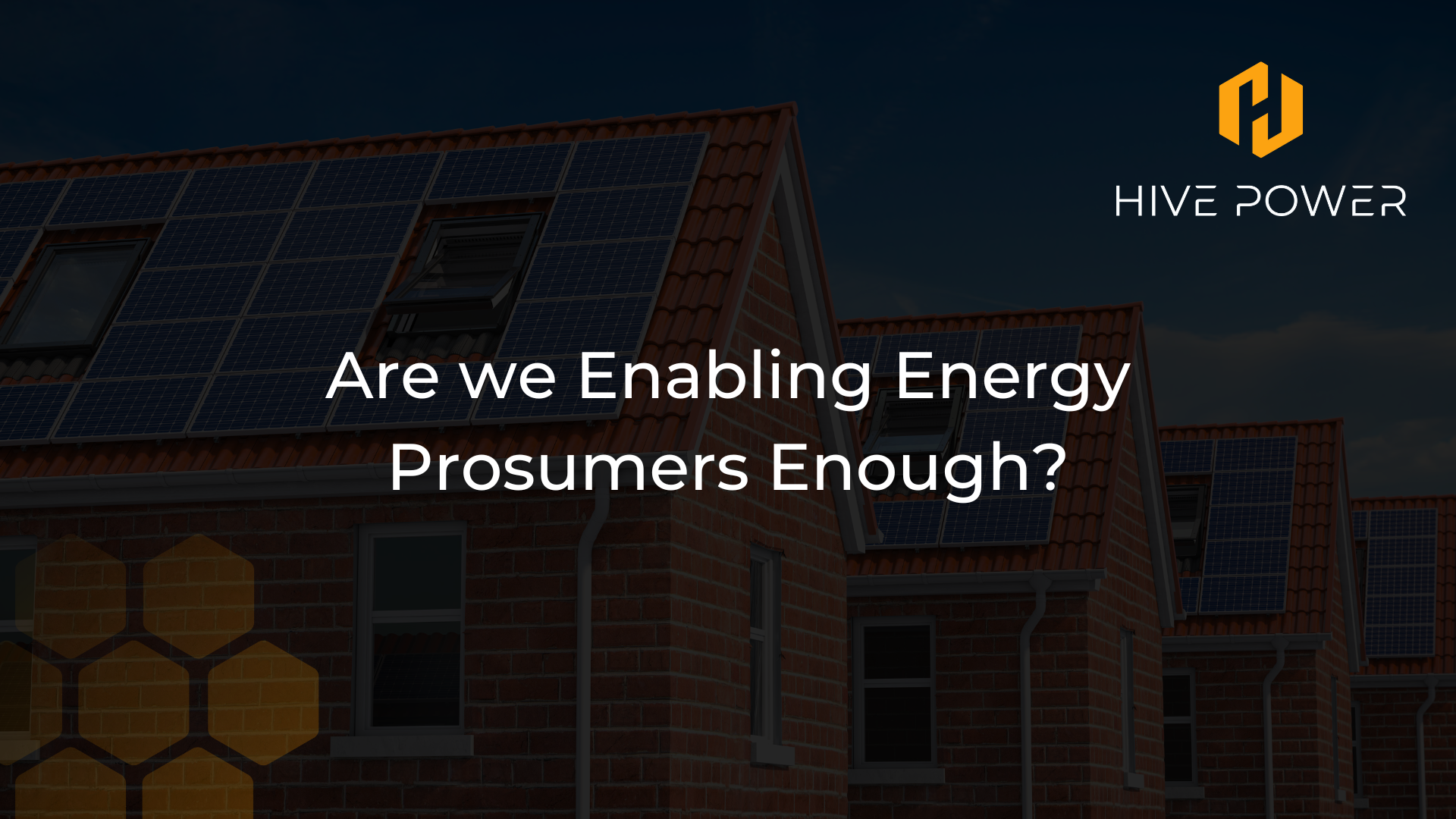 With each passing day that Europe’s energy production and distribution systems become more decentralized, it becomes clearer that for our grid systems—smart grid systems, in this case—to be sustainable and optimally utilised, a specific group of participants, whose role brings not only synergy to the table but also stability, will have to maximally play its part. By participants, I’m referring to energy prosumers.A little background on energy prosumers.The term "prosumer" was first coined by Alvin Toffler in 1981. A portmanteau word that reconciles "producer" and "consumer" in the most efficient way, meaning one who produces what they consume. When applied to energy, this means anyone who can produce, store or give part or all of the energy within their reach as well as their hold.

The Importance of Prosumers to Energy and Smart Grid Sustainability

The concept of sustainability is founded upon harmless continuity. Since the advent of Renewable Energy Sources (RES) in collaboration with accommodating systems such as the Internet of Things, energy prosumers have developed a strong pedigree in power generation through means that ensure that Europe’s carbon-neutrality goals are not compromised. One of the diverse ways energy prosumers contribute to energy sustainability is the promotion of decentralization. A decentralized system of energy distribution and management comes with many benefits, including more access to power supplies. By adopting RES and utilising them, energy prosumers become less reliant on a centralized energy generation system.

This fact results in a community of users who combine efficient storage systems, more proximal distribution networks, and smart metres to themselves becoming energy suppliers, transmitting excess and unused energy as negawatts to one another. With the exponential continental transition into renewable and decentralisation that we're currently witnessing, energy prosumers lie at the very centre of the management of RES. Moreover, prosumerism fosters a reduction in electricity and heating costs borne by utility users. Energy prosumers pay fewer electricity bills, and whether they pay at all depends on their relationship with the grid. Off-grid prosumers, for instance, rely solely on their renewables such as solar photovoltaics and their storage batteries. On-grid prosumers rely partially on the grid and can choose to sell their negawatts produced. These relationships point to less cost-prohibitive energy storage and transmission. Since most of the energy transmitted by prosumers is renewable, prosumers encourage more environment-friendly power demand satisfaction, thus leaving a considerably huge positive mark on the global health sector. Furthermore, energy prosumers contribute immensely to social and economic sustainability. With prosumerism, rural areas with lower reach to electricity are more likely to gain access to power supplies. Moreover, through decentralised smart grids and individuals controlling their grids, rural inhabitants get to enjoy the rich benefits of electricity and earn income from selling energy. As a result, a reduction in energy poverty in multiple rural settlements accumulates to improve a nation's economy.

Finally, the ease with which power generation, transmission, and redistribution are managed and observed through prosumerism is incomparable to the operating system as seen in the traditional, centralized energy management system. Even without much technical expertise, energy prosumers can easily access relevant information. For instance, with a prosumer app, prosumers can access information on their energy usage and check for anomalies should anything go wrong.

Are There Enough Energy Prosumers in Europe Right now?

Throughout 2020, renewables generated 38% of Europe's energy demand while 37% was generated from fossil fuels. The same study concludes that this pace towards the EU's sustainability goals by 2030 is still moving a little too slowly, more slowly than expected. At this current pace, Europe will need to add 100 terawatt-hours of renewable generation every year to meet this goal. How is this possible? A diversity of energy prosumers can surely help. With prosumers, energy consumption is drawn primarily from renewables. If more people transition to prosuming, by 2030, this goal could very well be exceeded, as fewer fossil fuels are burned and less energy is wasted since demands will be adequately met.

How Then do we Encourage More Energy Prosumers?

Several social and economic factors are responsible for the persuasion of non-prosumers to adopt producing their energy, and for active prosumers to remain encouraged.

One of the best ways to support energy prosumers and encourage more non-prosumers to adopt energy production is to equip them with efficient energy storage facilities and introduce them to smart appliances. Utility users are more likely to discard their renewable energy options if their storage facilities prove inadequate. By providing them with better energy storage options and effectively communicating the need for these options to non-prosumers, energy prosumers are less likely to disembark from their prosumption journey, and more people can safely join the renewable energy train.

2. Improvement of the Interconnections Between Different Regions With Separate Decentralised Smart Grids

Another challenge facing energy prosumers is the presence of weak interconnections between them and their distant fellow prosumers. Energy prosumers are aware that they can trade energy. To optimally utilise this privilege, they require smooth connectivities with potential energy traders. In addition to that, a functioning energy ecosystem must be created by grid operators to better foster a working relationship among multiple hives flocked by energy prosumers who need one another for sustainability.

3. Reduction of Taxes and other charges

Feed-in-Tariffs are long-term contracts that guarantee prosumers tariffs set above the market rate to encourage the excess energy returned to the grid. Net-metering is compensation, either monetary or lowered electricity bills, given to prosumers for excess energy or negawatts transmitted to the grid. These incentives underpinned by energy suppliers and grid operators will encourage more energy prosumers when set in place.

With the global energy sector steadily advancing towards decentralisation, the world needs active participants who will keep the environment safe, and unpolluted and be willing to protect the energy for either sharing or futuristic use. The energy prosumers will help solve a considerable percentage of the challenges assailing the EU's journey towards its carbon-neutrality while simultaneously meeting continental energy demands.