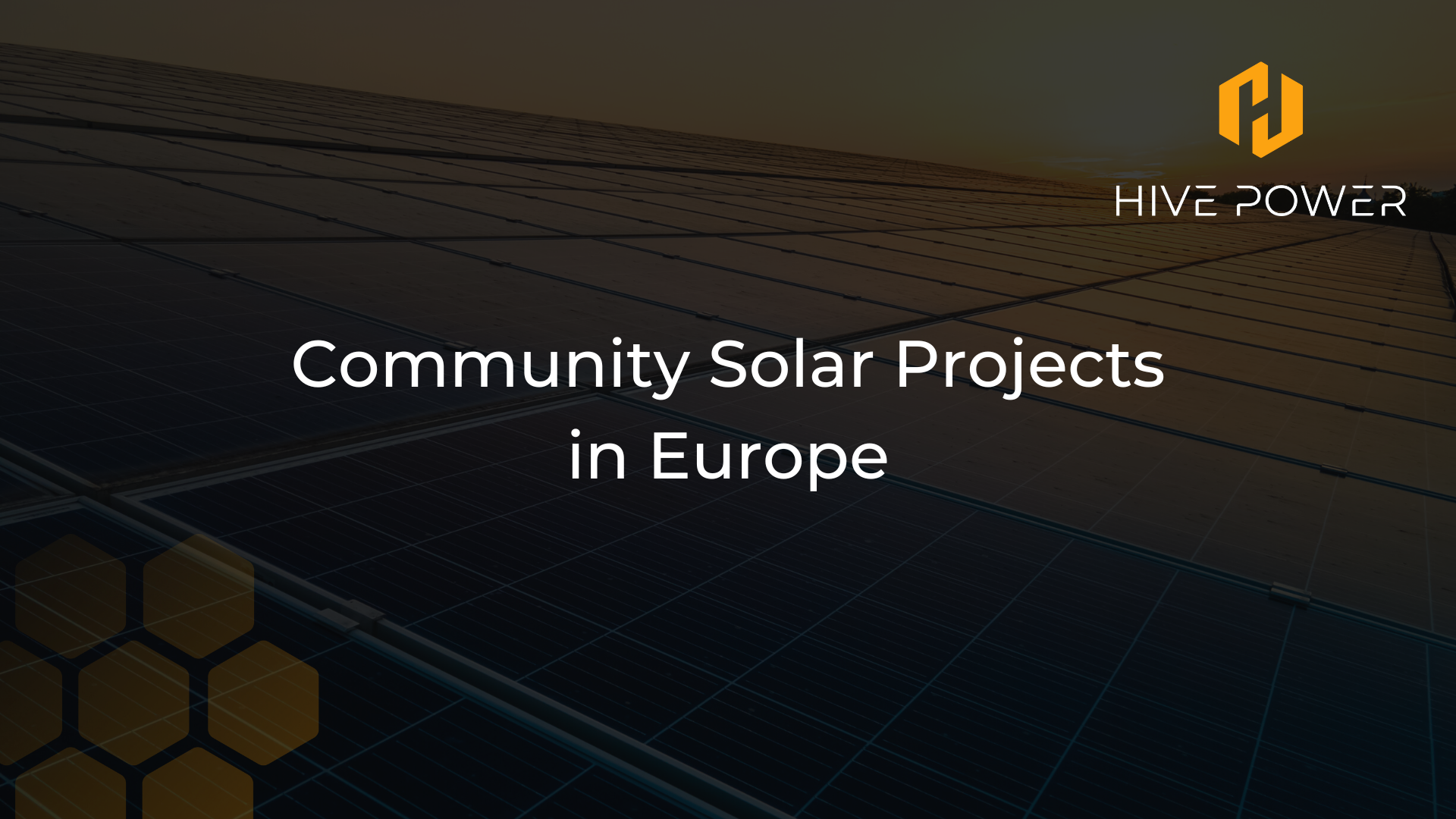 Europe is increasingly becoming a region with the fastest-growing energy revolution as the community have seized the opportunity to control and produce their renewable energy. Community solar project in Europe is an incredible concept that has levelled the renewable energy playing field for every citizen. Either business owners, groups, NGOs, individuals, and more can build, lease and co-own a solar array of energy. It is an opportunity for even the least earning family or people who rented the home they live in to afford such luxury. Now, that's a win-win for everyone.

A new green energy deal that the EU has just secured will see them become the leader of community solar projects. The EU has enacted laws that would see citizens build solar projects in their backyard rather than seeking one in faraway towns or foreign countries. The goal is to make millions of citizens in Europe consume the energy they produce.More so, the EU is hoping to attain their goal of zero-carbon emission by 2050. Large scale development of solar projects would go a long way in achieving this feat. Although multinational companies will play a vital role in this transition, the community cooperatives will eventually outpace the companies' contribution making it a centralized and decentralized renewable energy production.To attain the goal of clean energy, environmental-friendly climate and cost-effective production of renewable energy by 2050, the EU has empowered local producers of solar panels, which would strongly boost the grassroots movement of renewable energy development.

Several communities in different regions in Europe have started replacing their non-renewable energy source with solar projects to power their homes, farms and ranches.

Italy started slowly in the integration of solar community projects, and they are not backing down. Over 40 households in the Reggio Emilia, Northern Italy Region, are currently testing the installation of the Solar PV projects targeted at social housing. A collective effort of this community will see houses and electric vehicles catered for.Other areas like Poggio Renatico, the province of Ferrara, will be the first (of many) communities in Italy to have a solar PV farm. However, it has been tipped to have the best solar project technology on the planet. The best part is, it is an initiative that allows the active participation of citizens.Consequently, the Italian government has seen this as an opportunity to boost the economy after the upturn caused by the COVID-19 pandemic. Therefore, the government has reviewed the renewable energy laws making it possible for citizens to get solar project bonuses in tax-deductible allowance to produce and install solar PV systems.

The genesis of the solar programs in Germany was quite remarkable. It began with the pioneers of Nuclear-Free Future (NFF) proclaiming the gospel of clean energy. After the devastating effect of nuclear plants and fossil fuels in the 1980s, the parent members of this initiative went from door to door, sensitizing every German citizen (in Schönau, a rural town in southwest Germany) in the early 1990s on clean energy production. Over time, the objective came to fruition, and the whole community came together to develop a clean energy source. NFF made this possible through potential government subsidies and information on alternative energy sources.Schönau rural town went from nuclear power sources to hydroelectric powered systems, supported with photovoltaic (PV) systems in the long run. Thus, EWS (ElektrizitätsWerke Schönau), as it is so-called, is known not only for its promotion of green energy or electricity movement but one of the first pioneers of improving the participation of people and communities in solar programs.

EWS became an energy supplier for solar programs and other clean energy sources in Germany in 1997. Presently, there are over 100,000 customers across Germany purchasing electricity from EWS. More so, EWS is creating the densest solar power in the whole of Germany. This spread like wildfire, making Germany the world largest solar program facilitator.

The primary source of renewable energy in Switzerland is solar energy. The early 1980s saw Switzerland become the first region in Europe to power an electricity network with a photovoltaic system. As a result, the region is known as a master of innovation in solar energy.Construction of solar projects has evolved in smaller communities have installations are now seen in single-family homes and multi-family homes. This has helped reduce the cost of installations and the development of more PV systems. Now, panels are made with roof coverings and exterior designs.The Swiss government has made this possible by supporting solar community projects with 30% of the initial cost, and the rest is split amongst the community.This has given rise to over 80,000 solar projects (PV system) installations generating over 2,000 MW of power - catering for 3.4% of electricity consumption in Switzerland.

The largest solar plant in the world, which happen to be a community solar project, is in France. This floating revolutionary solar project is being constructed in the Southern part of France.The project incorporates a communal dimension where citizens were allowed to have a stake in the project. The primary objective of this approach is to encourage citizens to become involved in the financing of the clean energy transition in France.This project would power over 4,000 homes and reduce C02 emission into the atmosphere by 11%

How Hivepower Community Manager can Power Your RE Based Projects.

Ever heard of the Hive Power Community manager?It's a user-friendly and very interactive platform that has been provided for prosumers and consumers. It reduces any form of loss and improves the management of all stakeholders. The app provides the perfect summary of your electricity usage time, ranging from the informative summary of electricity usage to insights on local solar energy consumption and cost savings.

The best part, you'll be notified about any form of abnormalities automatically anything that is detected.

Community solar projects permit everybody to profit from solar energy, whether they can or cannot put panels on a housetop. In regions where solar power is more affordable than customarily created power, buyers can get a good deal on their month to month bills. If supporters move to another home inside a similar utility assistance region or province, they can normally keep on profiting from their local area solar timeshare.