Electric Vehicles in Norway; What You Should Know 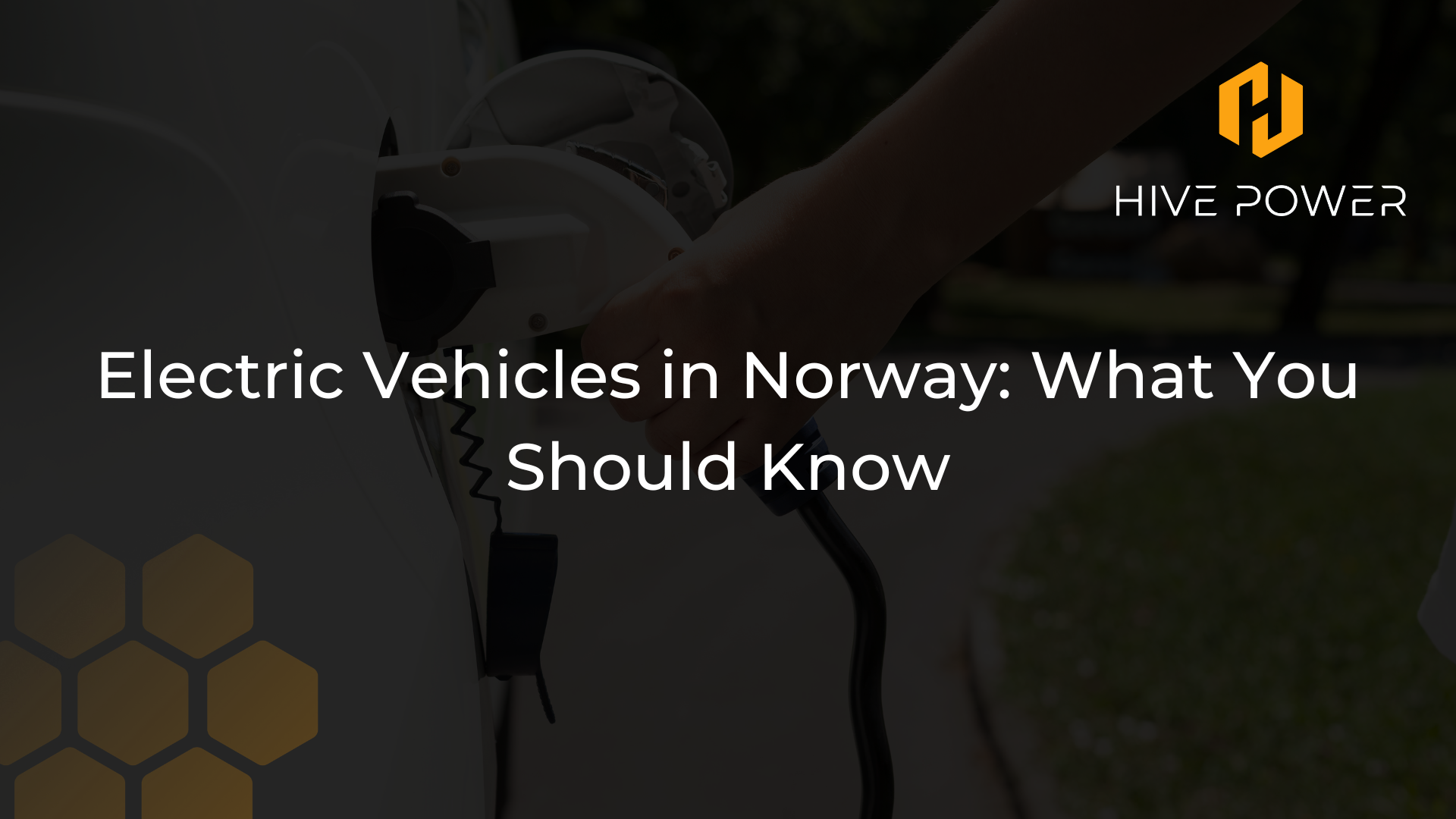 According to a report by the European Environment Agency, Europe saw only 600 electric vehicles (EVs) registrations in 2010. However, by 2020, EV registrations had undergone a geometric progression up to 1,061,000 units—11% of the total vehicle registrations. A year later, this percentage spiked to 18%, and Norway was sitting comfortably at the top of the EV registration chart.

In 2021, Norway had the highest passenger EV registrations in Europe. In addition, the country registered 113,112 battery electric vehicles (BEVs) and 38,114 plug-in hybrid vehicles, both summing up to represent 86.2% of the total car registration for the year.

Despite coming off at a slower acceleration than other EU countries, Norway has now surpassed them in EV volume and annual registration rate.

Electric Vehicles Growth in Norway Over the Past Decade

As of 2012, there were fewer than 10,000 EVs registered in Norway. So how much has the country’s EV market grown in all aspects since then? Let’s find out.

The share of EVs in Norway’s transportation market as of 2012 was a paltry 3.1%. From then onwards, the country would embark on a journey of no return, witnessing geometric elevation between then and nearly a decade later. As of 2021, Norway’s EV market share had risen to 86 per cent, as illustrated in the following chart.

As of 2012, EVs constituted only 3% of car sales. Fast forward to 2019, that percentage had leapt to 56 per cent—an increase of 53 per cent within only seven years!

Proceeding to 2021, in September, eight out of ten registered cars were electric. By the end of September of the same year, Norway had registered 17,992 passenger cars in the month alone. Of this number, 13,941 were fully electric, and 2,508 were plug-in hybrids, amounting to a cumulative 91.5 per cent.

With this impressive growth rate, the chances of the Norwegian government achieving 100% EV sales by 2025 are very high.

The multiplication of EVs in the country would inevitably have a direct consequence on this number. In 2021, Norway recorded about 19,300 charging stations - over a 2,040% increase in nine years!

Besides Norway’s EV policies and incentives that help drive EV growth, another important element of EV development is the commissioning of projects. Projects are the vehicle through which policies and EV targets travel, and some ongoing projects in Norway are discussed below.

In May 2022, ABB and Eviny installed the world’s fastest EV charger, Terra 360. The charger, with a maximum output capacity of 360kW, can simultaneously power up to two EVs fully in 15 minutes or less.

The objectives of the Terra 360 are to provide speed, convenience, and comfort to the user. After the pilot installation, there’s an ongoing rollout of the charging point around Norway.

Three years ago, clean-energy company, Fortum, announced plans to begin the installation of wireless charging stations for electric taxis in Oslo. While Oslo was merely the starting point, the project aims to bolster the electrification of all taxis in Norway by 2023.

The project employs induction technology which transmits electricity from charging plates installed in the ground to receivers installed in taxis. This technology can charge up to 75 kilowatts and save taxi drivers the time they would have otherwise spent at conventional charging pools.

Who are the Major Electric Vehicle Players in Norway?

Tesla dominated the 2021 market year, ranking first with its Model 3 and third with its Model Y at 10,949 and 7,528 registrations, respectively. The following chart provides a comprehensive list of the ten best-selling models in the year 2021.

Best-selling EV models in Norway in 2021

The year 2022, however, has not been able to equal the number of registrations created by the above models, although Tesla still leads, albeit with its Model Y this time.

As of June, Tesla led the best-selling models' chart with 2,799 registrations of its Model Y, while the trailing model was the BMW IX3 with 391 registrations.

Best-selling EV models in Norway as of June 2022

The main reason for Tesla’s low production return is the Shanghai shutdown. As a result, its Model 3, which had ranked first in 2021 and second in Q1 2022, lost approximately 90% volume and dropped from second to 41st.

EV ownership comes with the responsibility of knowledge. Therefore, some details must never be far from you as an EV owner if you want to make the most of your EV and enjoy your ownership experience. These details include charging stations, total cost of ownership (TCO), incentives, and policies.

The cost of charging an EV in Norway varies with location and type of charger. For example, charging costs in Northern Norway differ from those in Southern Norway. Similarly, using a slow, rapid, or high-power charger comes at varying costs. The following table shows how much it typically costs to charge an EV in Norway.

Since the early 1990s, Norway has had several EV policies and incentives to facilitate EV growth. However, these policies have passed through different governments and, as a result, have undergone reviews & seen appendices.

The active incentives are:

A report shows that smart charging did not become popular and active in Norway until 2020. The shift, which may be linked to the Covid-19 pandemic, started due to EV owners’ increasing need for controlled, domesticated charging; reduced costs; and charging safety, all of which smart charging offers.

With 97% of Norwegian households equipped with smart meters and many EV owners having their parking space, it was easy for grid companies and EV charging providers to encourage smart charging; how?

The major obstacles to a widespread transition to smart charging were the high costs of smart chargers and inadequate home charging facilities. In response to these, select energy companies incentivised EV owners with a 50% discount on purchasing new chargers. In addition, EV charging providers encouraged home charging by partly covering costs if EV owners charge at home. Some covered as high as 75% of the charging costs.

The result? As of March 2021, 82% of Norwegian EV owners participated in controlled, domesticated charging.

While V2G tests were carried out in Norway in 2020, Norway did not install its first V2G solution until 2021, when CURRENT, an Oslo-based EV tech company, installed the first bidirectional EV charging solution.

Norway’s EV growth can be credited largely to the unparalleled incentives and policies established over the years. However, despite these feats, Norway is relentlessly seeking newer ways to upgrade its EV market and improve its technology.

Besides state incentives and policies, community service has played a key role in both the uptake of EVs and the adoption of smart charging. Smart home charging, for instance, was propelled by the active and voluntary intervention of grid companies and independent EV charging providers.

Finally, a key takeaway from Norway’s EV prosperity is getting the charging infrastructure right. Renowned tech figures such as Fredrik Lima, Vice President of Zaptec and Alex Smith, managing director of Volkswagen Group, UK, have opined that other countries cannot compete with Norway because of their inadequate charging infrastructure - a secret that Norway has hacked.

Subscribe to our newsletter to stay up-to-date on the latest developments in the Electric Vehicle and e-Mobility space.

December 8, 2022
I have always been intrigued by the fact that Norway does not have its own EV industry. Would or could be a best of both: no GHG -and- have the employment to go with this. And exports on top of this.
Thank you! Your comment has been submitted!
Oops! Something went wrong while submitting the form.