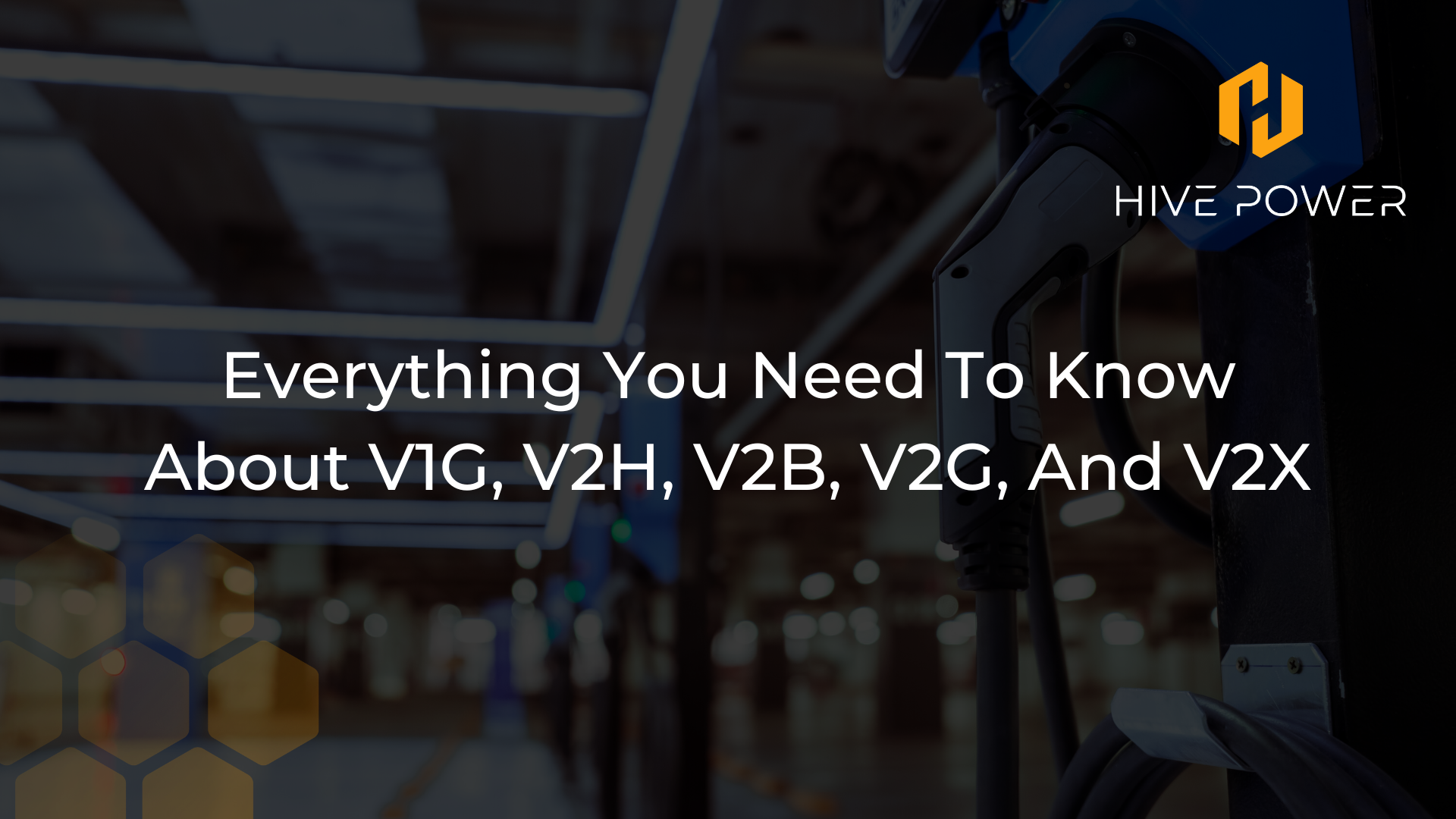 V1G, V2G, and V2B/V2H/V2X are all elements of smart charging, though some are a bit more advanced. Smart charging is so because it allows for monitoring and optimizing the charging process via cloud-based technology. A data connection is necessary to intelligently adjust the amount of energy used by the vehicle based on the state of the grid while charging.While V1G is more of the smart charging of a vehicle in one direction, vehicle-to-everything (V2X) requires several things to work. These include a bidirectional charger, a communication protocol for interactions between the charger and the vehicle, a vehicle with all enablements for V2G, and a good control system.These requirements are because it involves making use of the electric power in electric vehicles (EVs) for various applications. Seeing that electric vehicles are projected to grow by 50% in 2030 and 80% in 2050, it is pertinent that we use them efficiently, particularly for the sake of the grids. Smart charging and its elements, such as V1G, fit into the solution that is needed for the efficient use of electric vehicles as seen in the next highlights.

V1G is smart charging in its simplest form, that is, in one direction. Being "smart" implies that it allows EVs to modify charging rates and time dynamically since it links the EV to the station using a data connection. The advantage this presents is the minimized cost of charging. Also, V1G allows the vehicle to communicate what is needed to the charging station using machine learning technologies.Some other advantages of V1G include safer charging, monitoring of electricity consumption, optimized charging time, and easy locating of charging stations. In addition, it could help you decide to charge when power is cheaper and cleaner, given the information available from the electricity market and system. With V1G, an EV driver can easily access electricity usage details since sensors measure it and provide up-to-date values to help EV users make better decisions. These highlights far outweigh the disadvantages, if any.

Vehicle-to-building (V2B) and vehicle-to-home (V2H) are similar in their operations. However, with the developments in renewable energy, the fluctuating production allows for some excess power and sometimes, need for power. To augment this, electric vehicles can be used to receive and give power to homes and buildings.Beyond the cases of producing renewable energy, the electric vehicle can just be used to supply energy in any case of power outage or blackout. I know this use of electric vehicles may not directly affect the grid, but it creates a locally balanced environment. That is a massive step in the right direction for balancing the grid, after all.V2B and V2H have not been implemented in many places all over the world, but Tepco, a utility in Japan, is known to have implemented bidirectional charging. Tepco says that 10 Nissan Leafs have enough energy to power 1,000 homes for an hour. That’s a lot of power that can be accessed on wheels.

Vehicle-to-everything technologies initially focused on communication with other objects, such as other vehicles, infrastructure, people and other parts of the traffic system. It achieves this by transferring information from a vehicle to the moving parts of the traffic system. This information moves via a high bandwidth from a vehicle's sensors and other sources to communicate with other cars and structures.In 2016, Toyota first introduced automobiles equipped with V2X with a focus on V2I (vehicle-to-infrastructure) and V2Vs (Vehicle-to-vehicles). More vehicles with V2X started being launched in 2017, especially in Japan. Most of them are equipped with DRSC (Dedicated Short Range Communication) V2X.The motivation behind V2X includes better road management, safer driving, energy savings and traffic efficiency. However, we can now use V2X technologies for other various applications, including bidirectional charging. V2H and V2B also leverage this technology to communicate with the receiving end of power.

Vehicle-to-grid, according to its name, involves a giving of power back to the grids by electric vehicles. This is achieved when the vehicle is capable of bidirectional charging. Also, the V2G communication protocols that support it have to be in place, between the vehicle and the charging station and between the charging station and the control systems.Vehicle-to-grid is advantageous to the grids to balance it, especially when renewable energy sources have been integrated. Also, it is cost-effective as users can sell excess power from their cars, at a standard price, to power the grids. V2G can also involve throttling the charging rates of the plug-in electric vehicle. These advantages are attractive enough to work with.

Of these technologies, V1G may seem like the odd one because it is unidirectional, yet it forms the basis for the rest. V2X can only work using smart charging, and it encompasses all bidirectional charging technologies. However, V2G stands out as it is a direct transfer of power from vehicles to grids and not to utilities.V2H, V2B, and V2X are interrelated as they are practically the same thing in different applications. For V2B, though, the amount of power used differs from that of V2H. The time of use as well is different for homes and businesses/buildings generally. Smart chargingDirection of charge availableStakeholdersApplicationV1GYesUnidirectionalSingle usersTo charge EVs under monitored frameworks to optimize time and resourcesV2BYesBidirectionalAggregators, Users, BuildingsTo augment the power supply of a building using power in the battery of an EV by means of their connectionV2HYesBidirectionalSingle usersTo supply a home with power from an EV batteryV2XYesBidirectionalAggregators,DSO, TSOTo connect an electric vehicle to everything using sensors that can transfer dataV2GYesBidirectionalAllTo give power back to the grids for the sake of stability

The leverage of V2X is in how accessible and available it is at precise times. It presents a form of energy storage that favours both the EV market and the grids. It is easy to install in homes and offices for charging.V2G technology, for example, has been predicted to increase at a fast pace, looking at the market. By 2027, the V2G technology market is projected to reach $17.27 billion, given the high rate of growth of EV charging stations worldwide. The flexibility provided by V2G is also likely to contribute to this growth.Smart charging in itself is the future of electric vehicle charging. IDC analysts anticipate that cities and governments will be spending $196 billion (£148 billion) on smart development by 2023. When this happens, there would be more smart cities, which would hopefully lead to more implementations of smart charging.V1G, V2H, V2B, V2G, and V2X may seem like they only entirely exist in the future far away, but it is nearer than you can expect. While it is being implemented in some places already, it would gradually spread all over the world. With the increasing rate of EVs and charging stations and the rising need to implement more environment-friendly solutions, there is no limit to where V2X can impact.This blog is part of a V2X series. Continue to the other blogs in the series.