How Sustainable Energy Suppliers Are Shaping The Power Industry In Italy 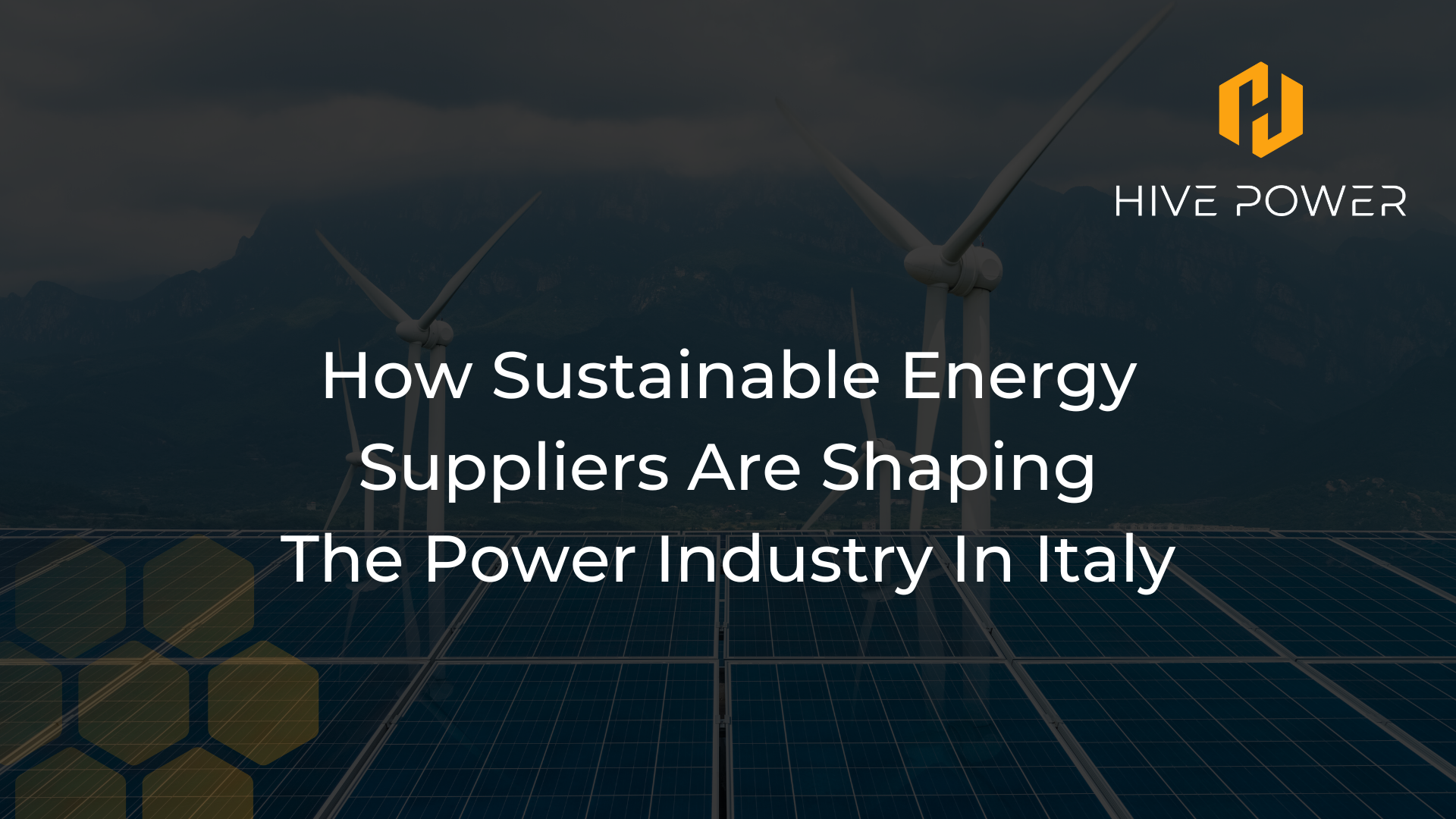 In our bid to de-carbonise the energy sector, one hundred and forty-plus years after the innovation of harnessed electricity, sustainability is now an overarching factor in the energy arena. There's a need to explore new opportunities for most energy suppliers who hope to remain relevant in the future of the energy market.The Italian energy sphere is mostly constrained by its lack of large geography. Still, it makes up for this with the concurrent expansion of its renewables integration into its generation mix used to create infrastructure to support sustainable energy. It has a net carbon neutrality target it wishes to meet by 2050.The capacity of Italy’s renewables sector is estimated to reach at least 60GW by 2030, rising from its current 36GW at a 4.5% compound annual growth, exclusive of hydropower. This ability to circumvent obvious constraints has attracted different actors with growing interest in the energy sustainability field. Investments are seeing huge rises; for example, in June 2020, the 7 Seas Med floating wind project valued at €750m began.

Although Italy is making great strides towards sustainability within its energy sector, there is still a lot to be achieved. The International Energy Agency reports that more than 45% of the energy supply in Italy still comes from oil and coal, while importations cover up for further energy demands. Suppliers have seen this opportunity and are making the best of these potentials by filling the supply gap.

Understanding the Role of Sustainable Energy Suppliers In Italy.

The supply chain of the Italian electricity system makes provision for four elements in the energy market; production, transmission, distribution and sales. Energy companies can work in any of these areas or all these areas, allowing customers to choose their preferred supplier.Electricity production or generation happens at big power plants which have to be connected to the national transmission network. In Italy, the Gestore dei Servizi Energetici (GSE) is responsible for regulating renewable energy production.Terna handles the transmission of electricity in Italy. According to Terna, they “occupy the fundamental segment of transmission with a role of Transmission System Operator (TSO) and Independent System Operator (ISO) in a monopoly regime and on the basis of a government concession”.Various suppliers act as middlemen, buying energy in the wholesale market and selling it to customers. At the same time, there are other suppliers who produce their own forms of energy, such as EnviTec Biogas AG. The market is very competitive.

What pushes these energy suppliers to become ‘sustainable’ is the type of energy in the demand and supply cycle. Let’s explain, suppliers can’t control the exact amount of power customers use, but they can heavily influence the type of power bought by customers. So, a sustainable energy supplier is so-called because they concentrate on purchasing or producing and selling sustainable energy like biogas, hydropower, solar photovoltaics, etc. This happens when the suppliers match the type and amount of electricity bought by customers to the exact type and amount they buy from the wholesale market or produce themselves.Now, suppose the electricity the suppliers buy/produce is 100% sustainable. In that case, the electricity the customers will buy and use will also be 100% sustainable, thus influencing the metamorphosis of the energy market within Italy.The major player in the Italian electricity generation market used to be Enel, which held 28% of the market share in 2011. There was a mandatory sale law for competition regulation which allowed Enel’s share to decline from 49% to the current percentage between 2003 and 2011. This also allowed smaller operators to enter the market and increase their shares exponentially. These competitors are Edison, Eni, E. ON and others.Distribution is carried out by a handful of operators via concessions from the government, with Enel still having a majority hold of 86% through its distributary network operator DNO.The Italian electricity market has a high consumption rate requiring dependence on energy imports and higher prices. To solve this, Italy has come up with a regulatory framework in its National Energy Strategy. It includes the liberalisation of supply, distribution, trading of electricity and unbundling of transmission activities.Within Europe, Italy is one of the primary markets for investors because it provides an ideal climate for technological development as far as the energy sector is concerned. Saipem recently signed a renewable energy deal with Agnes and Qint’X to co-develop a floating solar PV technology with an offshore wind capacity of 450MW in the Italian Adriatic Sea.

In Europe, Italy is one country with a very intriguing habit of setting and beating its own targets on renewable energy. It has entered into several technological collaborations to push further energy advances, such as that with the UAE aptly named InnovitalyUAE. Also, partnerships with Areva to invest in nuclear energy, which is considered clean energy, and its private investments with the solar-power multinational Sonnedix to promote renewable energy sector expansion.

This distinct European country wants to significantly reduce its carbon footprint by 80 – 95% relative to its 1995 levels by 2050, hoping to use more sustainable energy within its borders. This gives these sustainable energy suppliers the upper hand in dictating the Italian energy market prices altogether.Additionally, Italy depends on a lot of net energy import with high energy prices, which bodes well for energy suppliers. In 2012, 82% of the national energy demand was met by net imports while national production from gas, oil and renewables stood at a mere 4.3%, 3.5% and 11.1%, respectively.However, Italy is one of the countries with the lowest energy intensity levels, meaning final energy use has been declining in recent years with improvements in electricity generation. They also have promising technological advancements evident in one of the world’s most efficient combined-cycle gas turbines parks.Conclusion.Sustainable energy suppliers are at the top of the food chain in the Italian energy sector because Italy now relies immensely on sustainable energy to meet its set targets. This pushes customers, consumers and prosumers alike to focus on sustainability in energy production and use. The incentives also offered are a good motivator to continuously tow this line.