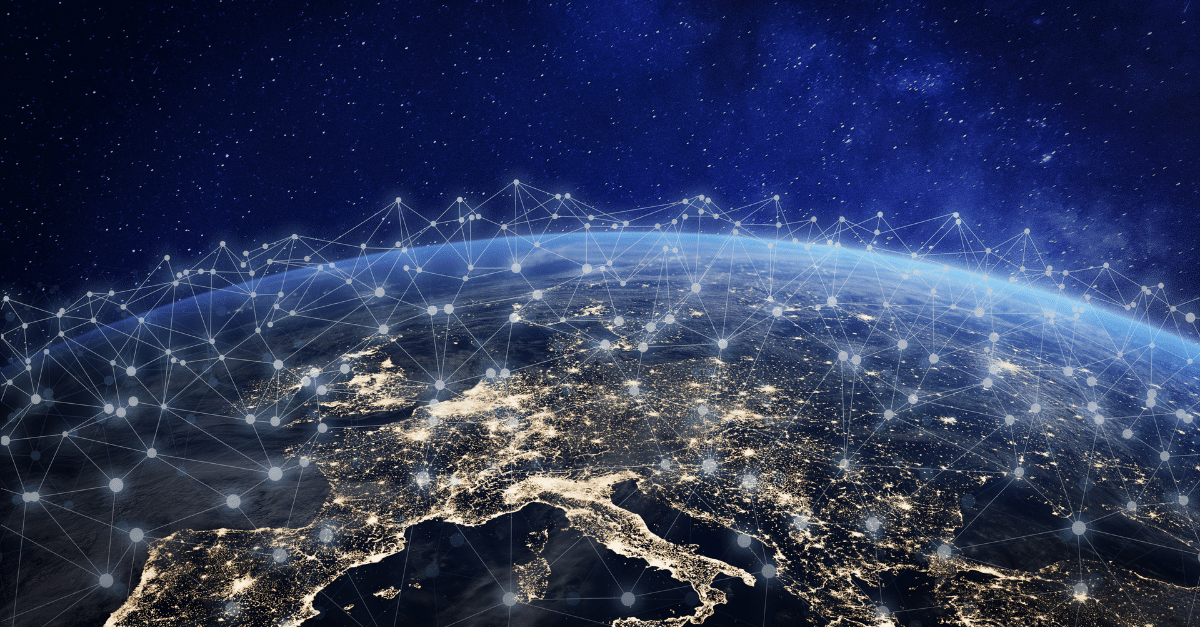 On Wednesday, October 8 2020, the EU Parliament voted into law a mandate whose goal is to manifest political commitment to the absolute Carbon Neutrality of all EU states by 2050. The Parliament, in another vote almost a year later adopted a new law that increased the proposed carbon reduction goal for EU countries by 2030 from 40% to 55% as compared to 1990.To ensure and sustain the achievability of these goals, the EU must consider the cost-effectiveness and fairness of the methods it aims to employ. Like Carbon Offsetting, Effort Sharing, and Carbon Border Adjustment Mechanism - which are not quite obviously served in the direction of the more prosperous EU nations. But a vital piece that we'd hoped we would come across, which we think wasn’t emphasized enough was the maximum adoption of the Internet of Things (IoT).The Internet of Things broadly refers to a set of physical appliances that, with the sensors installed in them, can receive and process data and can share data received with one another and other devices, systems over a mutual communication network. To simplify, IoT devices can be anything—from a watch to a meter—that has sensors installed in them and can intelligently communicate with other devices of its kind via the internet.

Internet of Things (IoT) in Action

IoT enables us to, for instance, monitor and control our house heating system from the office or abroad on a vacation. Or windows automatically shut close the moment it begins to rain.

Or, on a larger scale, flexibility adjustments that occur in distribution grids based on solar and wind data communicated via IoT. The applications of IoT are an endless list of utilities that are practically fulfilling to sustainable power grid systems.

In 2016, the amount of renewable energy that made up EU's electricity consumption went as high as 30.2% and was expected to have extended to 55% by 2030. Therefore, the permeation of smart grid systems into our conventional power grid systems comes with several plausible reasons--most of which, in synergy with IoTs, are channelled towards sustainable energy.The smart grid system enables a two-way transmission of energy data between generation units and prosumers. Leveraging IoT means an efficient, two-source power generation system, where prosumers trickle their excesses to other end units. Below, we discuss how IoT contributes to the sustainability of power grid systems.

The proliferation of IoT increases the amounts of valuable data collected and the need for more data processing. With data analysis, data handling, machine learning, and artificial intelligence, vital information is collected, collated, processed, and essential to grid monitoring and prediction and the prognosis of likely faults in grid components. In addition, with IoTs, DSOs can run condition-based maintenance, where minor, independent defects can be detected and repaired before they become more complicated, damaging problems. This advantage, essentially, helps DSOs save costs and make better and more accurate decisions in the long run.

With the built-in sensors in IoT that transmit data, grid companies can effectively redirect unused or excess renewable energy supplies from areas with less demand at certain instances in time to their more in-demand counterparts. Additionally, these sensors, such as those installed in smart street lights, can communicate defects to the appropriate channels for prompt repairs.

The radio modules, gateways, routers, and sensors that come pre-installed in IoT devices help send valuable data to grid companies to determine areas with surges in demand better. Consequently, they prevent a blackout that may arise due to mismanaged power demand.

Energy Theft remains a significant mode of illegitimate power loss. Energy Theft not only result in increased prices for consumers and increased taxes for taxpayers, but it also leads to the unpaid generation of power by suppliers. In addition, thieves tampering with traditional metres makes it difficult for grid operators to detect energy fraud, make accurate preventive analysis.With the introduction of Advanced Metering Infrastructure & IoT, grid operators can run accurate user diagnostics using data collected from smart metering systems. As a result, they can monitor energy usage at each prosumer/consumer end and prevent suspicious and illegal energy consumption.

With IoT, it's easier for grid operators to communicate with consumers, take their complaints, and solve their problems remotely without physically sending human personnel to the areas of need. This helps power suppliers and grid operators cut operational costs that may arise from extra human personnel, vehicular movements, and maintenance.

With IoT and the employment of smart metering, both grid operators and prosumers can easily monitor the amounts of electricity respectively distributed and consumed. This births a more effective power consumption monitoring, scheduled power on/off on the prosumers' sides. This also means a reduction of power excesses clustering at certain consumption units, resulting in proper distribution of electricity and maintenance of more sustainable power grid systems.

Sustainable power grid systems are sacrosanct to establishing a world where energy is safely recycled. It is a cost-effective gateway, but it's also equally efficient.Furthermore, we must not forget that the sustainability of smart grids relies on littler factors, a significant one being the Internet of Things. IoT devices are a plausible option to ensure fairness as the EU continues to probe this Carbon Neutrality journey. The general adoption may be slow now; however, they're affordable. Moreover, they offer uniform diffusion across all castes and classes in an unblemished way by the current proposed processes set by the EU to achieve its environmental goals.