Is V2X/V2G A Profitable Venture For Energy Stakeholders? 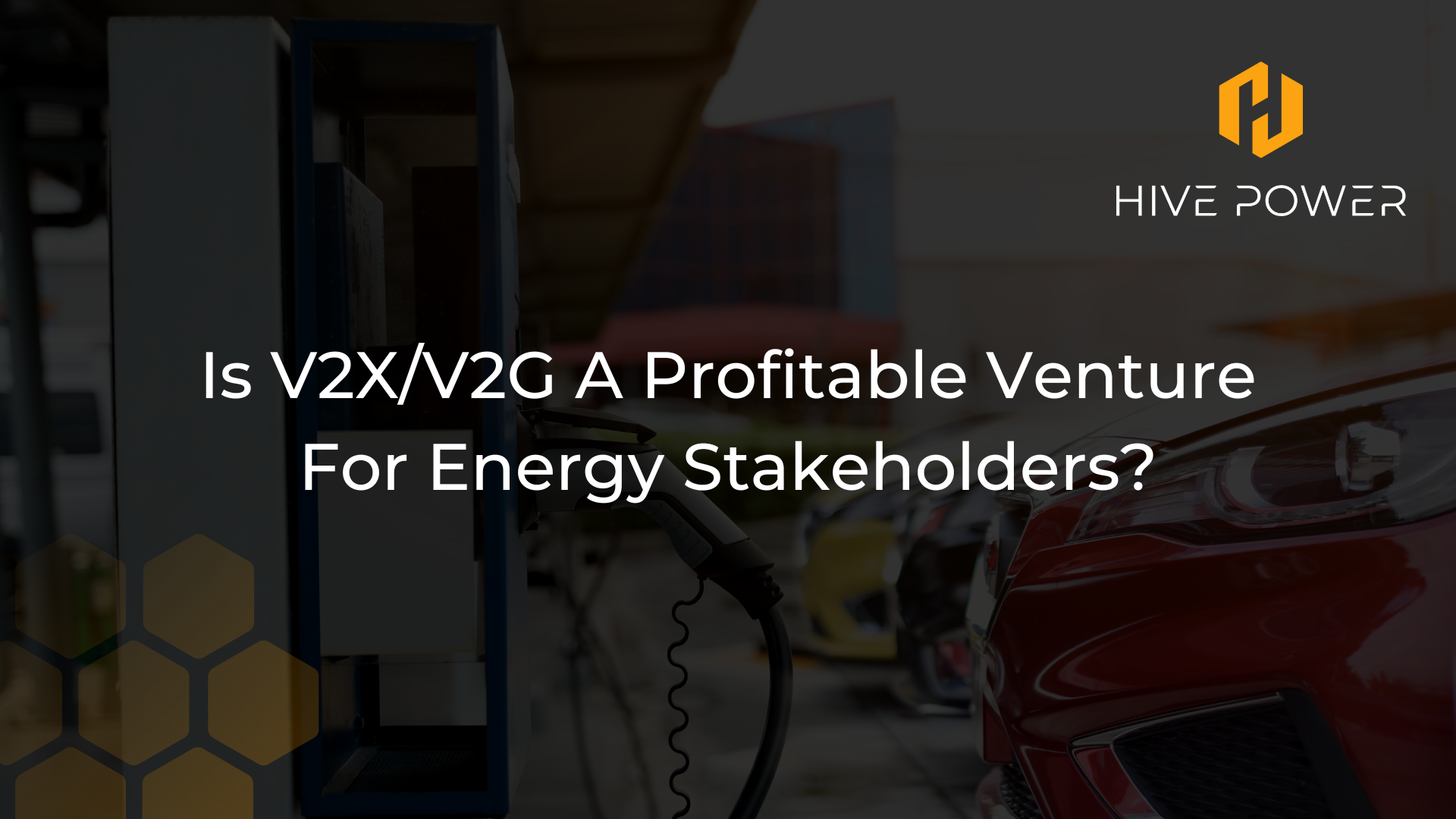 The global V2X/V2G market is forecasted to grow at a compound annual growth rate of 45% between 2020 - 2026, but how much profit does this bring to stakeholders in the energy sector?The energy stakeholders I’m referring to are:

Each of these stakeholders affects the energy sector or is affected by it one way or the other. Suppose we are going to have a full implementation of V2X globally. It is theirs to push for, and they can only do that if the benefits are clear. Here are some insights I have as regards the profitability of V2X/V2G for these stakeholders.I’ll start with the energy suppliers.

Profitability of V2X For Energy Suppliers.

Energy suppliers refer to the totality of all industries in the production and sale of energy. They buy energy from the energy market and supply it to the consumers billing them for the energy used. For them, renewable energy sources are cheaper and more sustainable compared to non-renewable sources. However, integrating renewable energy sources like wind and solar have limitations. Specifically, the issue of grid balancing.If we adopt V2X/V2G on a greater scale, we can more efficiently manage grid balancing with RE resources. So, energy producers can use cheaper and sustainable energy resources conveniently.In case you missed it, I explained how we can use EVs to balance the grids here. Back to energy suppliers;I came across a research report by IRENA that showed that RE resources were the cheapest energy sources in 2020, and the World Energy Outlook 2020 showed that solar energy is the cheapest electricity source ever. If energy producers have more technical confidence to embark on RE projects, they will have more to save and channel into expanding other RE projects. In short, V2X is profitable for energy suppliers; it saves them money by encouraging RE investments. Recently, energy suppliers have been collaborating with other energy stakeholders in V2X projects because they understand the ease and benefit they get from it. For example, in a Swedish V2X project, Polestar and five other partners, including an energy supplier - Goteborg Energi - have embarked on a project spanning two years and nine months to construct two V2X-demonstration charging points in Gothenburg. What do these energy suppliers stand to gain financially with V2X then?The use of V2X offers great benefits to the energy system generally. Energy savings of up to £10 billion per year are expected in 2050 if smart and flexible technologies are deployed, especially for V2X/V2G applications.What about DSOs and TSOs, will adopting V2X/V2G profit them?

How Profitable is V2X For Distribution and Transmission System Operators?

DSOs, Distribution System Operators, maintain and develop the network to provide non-discriminatory access to energy prosumers and consumers. While TSO’s function is to move energy from the centralized producers to dispersed industrial prosumers and distributed system operators over its high-voltage gridWith V2X, Distribution and transmission system operators can manage the direction of power in the grid lines during peak demands to ensure grid stability. Beyond the technical advantages, the financial benefits of V2X to grid operators are significant. An analysis that Nissan, E.On Drive, and the Imperial College London did shows that DSOs can save up to 980 million euros per annum on their entire electricity system cost when V2G is adopted. Also, up to 3,300 euros can be saved per year in terms of the operating costs of their grid.Lastly, about EV owners and Fleet Managers...

Is V2G/V2X Profitable for EV owners and EV Fleet Manager?

The same report by Nissan, E.On Drive and the Imperial College London also highlighted that EV fleet operators could gain as much as 776 to 1386 euros yearly per vehicle enabled with V2X capabilities.How is this possible?An EV fleet manager can provide V2G business services for frequency control or for managing peak shaving.

Are you wondering if any of these V2G activities will affect your EV battery life? I have explained this in detail in this article. However, here’s something to note; of these V2G business models, the frequency control application favours the lifespan of the EV’s batteries more, as it involves a shallow charge/discharge cycle of the battery.For EV owners, participating in V2X will reduce their charging costs. According to a report I read, they simulated a regular EV considering electricity tariffs and typical charging patterns. They discovered that participating in V2G would reduce charging costs for an EV owner by 13.6%. However, for an EV owner, V2X offers smaller benefits in comparison with Fleet Managers.

Even though V2X has not reached its maximum level globally, its framework has begun to take shape. Stakeholders like car manufacturers and EVSE makers have started to fashion vehicles and electric vehicle chargers suitable for V2G and all forms of V2X. This includes making vehicle batteries that are capable of bidirectional charging.In Italy, V2X projects such as the C-roads project have already started. However, the focus is on the connectivity of vehicles with the road, various forms of infrastructure, and other moving or stationary objects. This is to the end that roads get safer with more innovative cars driving on them. Some V2X projects in Europe involving V2G like the one by Sono Motors in Utrecht and the NewMotion V2G project in the Netherlands, however, affect the energy sector significantly.This blog is part of a V2X series. Continue to the other blogs in the series.