Renewable Energy in Belgium: What You Should Know 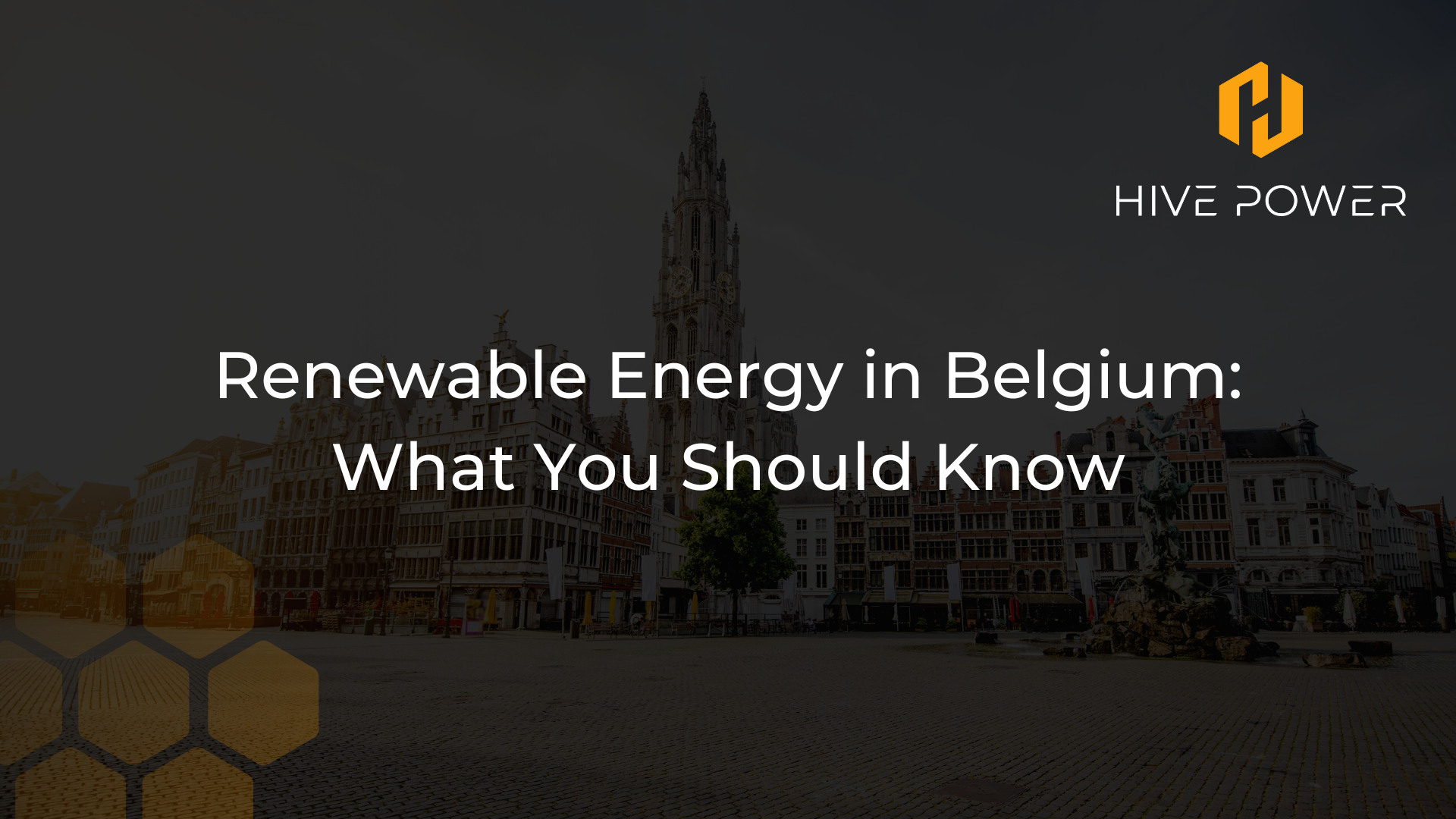 Belgium is one of the fastest-growing renewable energy nations in Europe. For over a decade, the country has seen its renewable energy usage grow from about 3% in 2006 to over 13% in 2021. Regardless, the internal political instability within the region has affected the fast growth of this mission. Three federal regions share the energy policy responsibility in Belgium. They include Brussels (the capital), Flanders and Wallonia.The regions are responsible for acquiring and distributing all kinds of energy (renewable and non-renewable). Currently, renewable energy is mainly used in the heat sector in Belgium. Its aim is to improve the rising energy demand trend using renewable energy to enhance electricity capacity and reduce fossil fuels' usage.

Growth of Renewable Energy in Belgium

These are exciting times for renewable energy in Belgium. The country had made a statement to reduce its dependability on fossil fuels and increase its shares in renewable energy. Recently, Belgium has prioritized a long term approach for energy sustainability and affordability. The country's government is working decisively on a national energy strategy that will attract critical investment in the renewable energy project in the country. One of the decisions taken by the government is to make sure that all nuclear plants in the region shut down by 2022, at the latest 2025. However, this poses a serious challenge for Belgium because half of the country's electricity generation is powered by nuclear plants. Therefore, the government is following closely with the principles of transparency, predictability, and regulatory certainty to make energy further diversified and energy demand further limited.

Factors and Policies Aiding the Growth of Renewable Energy in Belgium

The energy challenges that Belgium faces are significant and increasing. It is clear that developing countries, just like Belgium, will have to face the challenges that come with the policies expected of developing or developed countries. However, The growth of renewable energy in Belgium can only grow when aided by certain policies.

Speaking of policies, it is required that there is a collaborative system that brings all the sectors of the community together, ranging from individuals to business enterprises and the government. Belgium must take the lead in charting new energy courses for itself. However, Belgium must stand ready to provide support, recognizing that they have a vital stake in the outcome. These policy actions include:

Belgium historically covers the most significant part of its electricity needs with its seven nuclear reactors at the Doel and Tihange nuclear plants. However, a gradual nuclear exit has been decided, with the first nuclear reactor scheduled to close in October 2022 and the last in October 2025.

The share of renewables in electricity production (MWh) and generation capacity (MW) has increased significantly over the last decade. Belgium's renewable energy installed capacity has risen from around 2.9 GW in 2010 to about 9.5 GW in 2019 and now represents approximately 39% of installed capacity.The most prominent means of renewable energy in Belgium is wind and solar power. The country has an ongoing production process of 4.8 GW of PV solar installations and 3.8 GW of offshore and onshore wind installation.Although Belgium has a relatively short coastline, it has become a powerhouse for offshore wind energy over the past decade.Finally, in addition to solar PV and (onshore and offshore) wind energy, there is approximately 1.4 GW of hydro (mainly pumped hydro), 800 MW of biomass, and 292 MW of waste-based renewable energy production plant in Belgium.

Experts’ Projection on RE in Belgium

Experts opinion about the potential of renewable energy in Belgium is projected towards the high-side. More so, Belgium is primarily invested in PV Solar Systems and could help the region achieve its contribution towards the EU target of renewables.Belgium's renewable energy growth is expected to go from 20% to over 25% within the next two years. According to the "Towards 100% renewable energy in 2050" plan: Belgium can grow its household project of PV solar panels at rooftops to about 50GW. Although there's a possibility, they exceed these figures. The estimated threshold of PV solar installation in the nearest future has been tipped to go as high as 170 GW.

The implementation of this plan has been set in motion since late 2012 but has been delayed due to cost. However, the analysis of the potential of renewable energy resources remains intact.Belgium came up with a plan in 2018 to see this through by generating at least 1 GW solar capacity yearly starting from 2020. By 2030, there should be a cumulative capacity of over 20 GW which is very close to the potential analysis forecastedConsequently, it appears the Belgium government felt they could be doing better. Hence, The Belgian National Energy and Climate Plan (NECP) have decided to take this head-on by increasing their renewable energy target to 50% to achieve a 500MW total power generation in a decade or two.

A careful study of energy consumption in Belgium shows that close to 10% of the energy consumed or in demand is supplied by renewable energy resources. Therefore, the plan is to distribute the renewable energy generated across several sectors such as electricity, transportation, logistics, and environmental sustainability. The Belgian government is ambitious, but they are pretty content with the baby steps towards renewable energy in the region. The government is taking the time to seek counsel and making public consultations to set them on track for the commission of the NECP.