Renewable Energy In Lithuania: What You Should Know 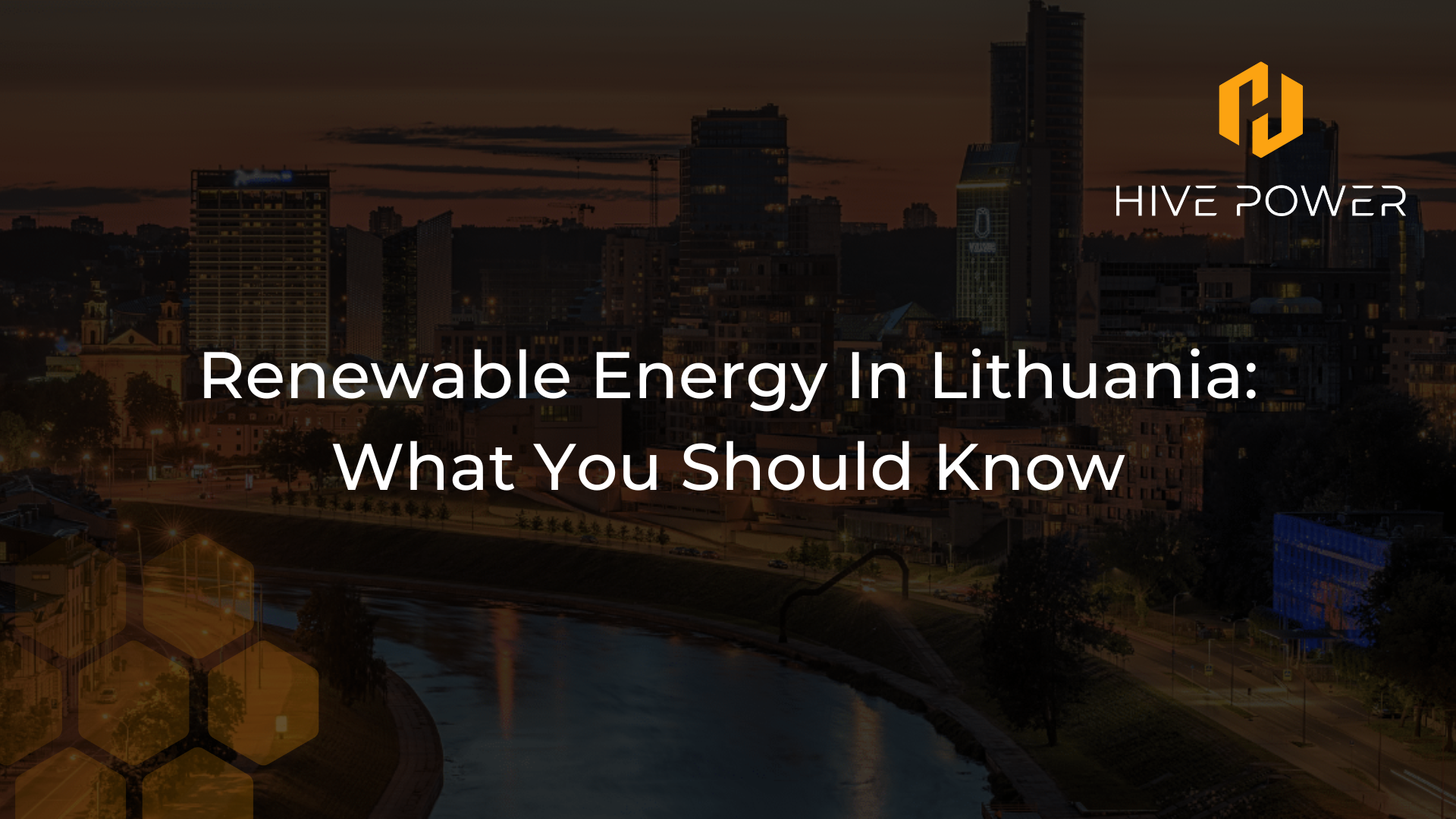 When Lithuania's energy and natural resources ministry aligned its sustainable energy aspirations with Europe's zero-emission policy, the plan was to phase out fossil-based energy supplies by 2050 by scaling and developing renewable energy (RE) options. Following comprehensive targeted investments and market restructuring, Lithuania is now well on its way to ensuring that its major energy outlines are achieved by 2025. This is evident from its impressive fiscal run across the stretch of the pandemic period.  Like the other Baltic states, Lithuania does not produce all of the energy it consumes. Annual energy reports for 2021 discloses 10.4TWh in gross energy imports from mainland Europe and neighbouring states. RE generates about 4.7TWh to add up to imported energy.

To understand the significance of this figure, we need to first know how far clean energy has come in Lithuania.

Lithuania’s Renewable Energy Journey; how far They Have Come.

Since becoming a member of the EU in 2004, renewable energy sources have become building blocks for laying the foundation of Lithuania's self-sustaining energy future. 2010 set the pace for Lithuania's sustainable energy development strategy as they integrated additional variable renewable energy sources (RES) into a liberal consumer energy market. A decade later, RES supplied over 75 per cent of the energy generated in Lithuania, a contrast from its initial shy approach in 2004 where biofuel and wind had a joint cap of 50 MW (3.7 per cent) and other renewables were nonexistent.[caption id="attachment_8730" align="aligncenter" width="900"]

Growth of RES in Lithuania.[/caption]Further governmental investment and supportive policies in 2020 showed proof of its commitment to deriving a self-reliant grid through clean and renewable energy.  And so, when 2021 came, the government prepared Lithuania's energy infrastructure for the most bullish grid demand it would ever face in almost 30 years of its operating. To put this in context, Lithuanian electricity transmission system operators had to meet 11.84 TWh of power demand, which had already afforded a 9% descent from the previous year. Initially offering entirely heuristic options, renewables were eventually committed to major consumption, constituting 48 per cent of the total power transmitted. Much of its solar energy strides are experimental and privatized, with a total installed capacity of 59MW. Despite its growth from 73.3 GWh in 2015 to 81GWh in 2019, Lithuania has ranked the lowest in solar electricity generation among EU producers in recent years. Amongst the available renewable sources, solar power is the least generated. Onshore wind energy production has grown by 85 per cent between 2015 (810GWh) and 2019 (1500GWh). This represents about 35 per cent of the amount of electric consumption per annum. Advanced farming methods and supportive climate are the major factors.

Timeline of Some of the Notable Events in the Development of Lithuania's Renewable Energy Adoption.

The following is a brief timeline of some of the notable events in the development of Lithuania's RE options since 2009.2009;After much debate about its possible implications on tariff prices, the Ignalina Nuclear plant was decommissioned. There was no substitute infrastructure in place. Lithuania could no longer sell energy to neighbouring baltic states and started depending heavily on imported supply.2010; Lithuania's National RES development strategy is signed off to help veer the energy production to 23 per cent total in final energy consumption by 2020. These event pilots the first electricity market in the region. 2015; RE accounts for 25.8% of gross energy consumption, which exceeds the projected index, with onshore wind farms being the largest contributor.2018; Lithuanias RES capacity constitutes 31 per cent wind; 29% per cent hydro; 17 per cent biofuels & waste; natural gas; and 7.1 per cent solar.2021; Long term RE contracts totalling up to 9TWh arrive into the baltic states.

Policies Aiding And/Or Stifling The Growth of Renewable Energy in Lithuania.

Climate and energy provision can indirectly influence energy trades. These provisions are regulated by reforms on heat, electricity and biofuel. The reforms on nuclear power plant operation discourage increased plant capacity as the focus is on safe and proper handling of nuclear materials. Therefore, the policies on RES plant operations are progressive.

Litgrid, an electricity transmission systems company currently indexed on the Nasdaq and in charge of Lithuania's major end-to-end transmission infrastructures, is assembling 20 pipeline projects to see Lithuania achieve its goal of independent production in 2025 through an accelerated 10-year plan.

One of these projects is the offshore wind mission installation that could see Lithuania generating up to 3.5 GW to augment its onshore capacity. TEPCO and Litgrid conducted a preemptive feasibility study to actualize this wind project in 2023 to determine the integration style and possible capacity production p.a for installed offshore farms. Furthermore, to prop up their innovative RES overhaul, a 1 MW battery was linked up to the transmission system so they could assure areas largely dependent on RE of reliability.

If projections for 2030 are realized, Lithuania could see itself outgrowing energy imports as its renewable energy share in total energy supply could increase by 98%. As energy demand rises globally, EU's regions will continue to position themselves towards newer energy markets. Part of general adaptations includes digitization and alternative supply structures. Lithuania's impressive two-decade run is almost evident of a positive future for its energy plans and can be improved on if