The Future of Grid Energy Storage 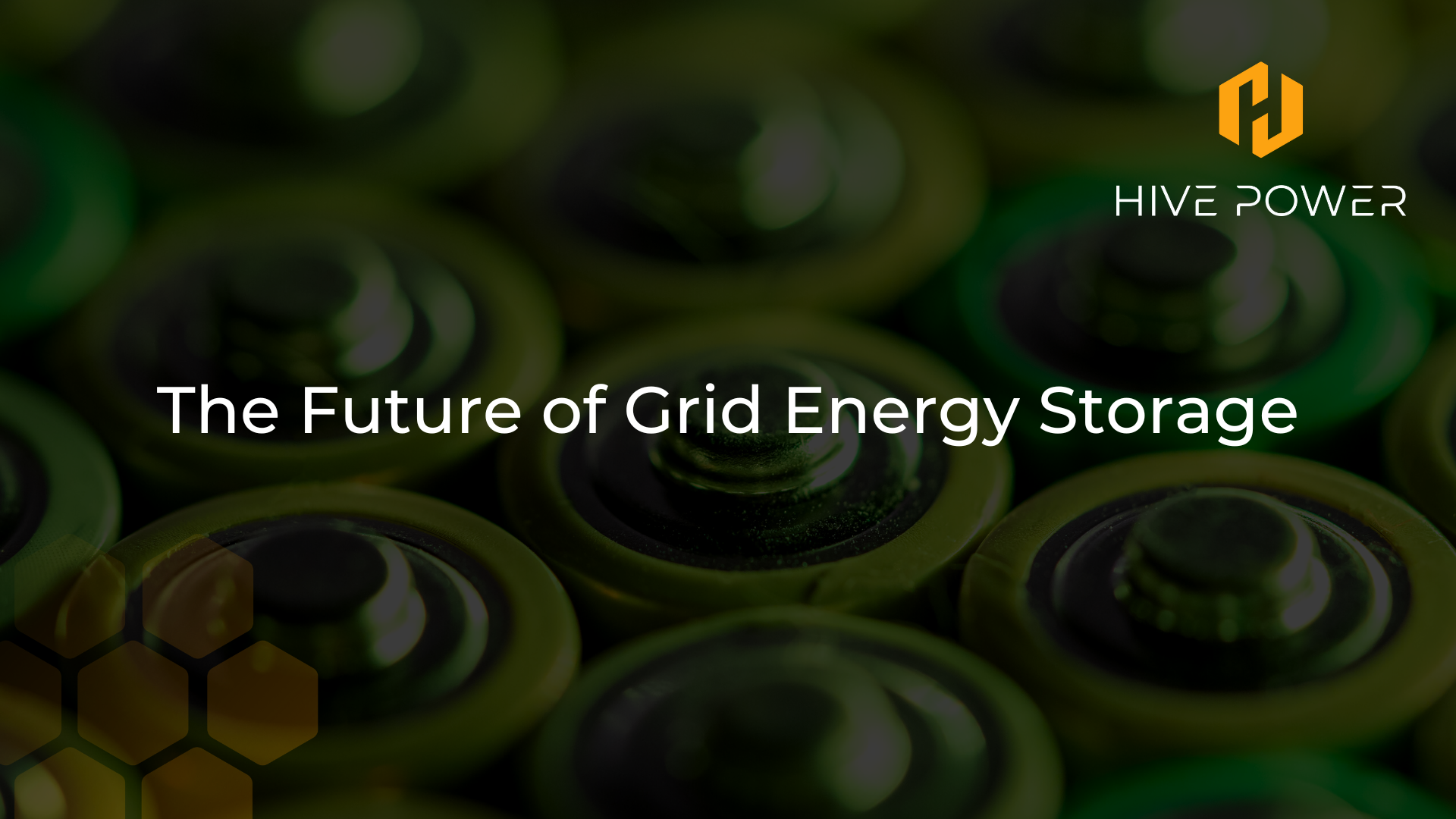 Electricity is not only created when it's needed but also stored on a large scale for easier distribution in response to its demands and supply, which is what necessitates grid energy storage. And with the advancement of renewable energy production around the world, the future of grid energy storage is slowly shifting from complete dependency on fossil fuels to throwing renewable energy sources (RES) into the mix, and ultimately only utilising RES in the production and distribution of energy for a cleaner environment.According to Science Direct, "Energy storage is defined as the conversion of electrical energy from a power network into a form in which it can be stored until converted back to electrical energy".

In essence, methods of energy storage work the same as the battery of your mobile phone. If you have to constantly keep your phone plugged in to use it, it will tend to put some restraints on its most basic uses, like being an actual "mobile phone" instead of becoming a "dormant phone". That wasn't the idea at first, was it? Creating a battery pack that can be recharged at your convenience with the ability to hold the "electrical energy" needed to keep your mobile phone running while you go about your daily activities was a better answer to the dormant phone debacle, and now this idea is being innovatively recreated on a larger scale. Think, massive energy storage plants like silo farms, except for energy.

Yale Environment says that "experts believe widespread energy storage is key to expanding the reach of renewables and speeding the transition to a carbon-free power grid". Over time batteries have been observed to be capable of storing and discharging energy exceeding periods that consistently become longer, making power capacity expand exponentially. There is always a need to store excess energy for increased demand, and with renewable energy sources, the need is mostly tied to the uncontrollable variations in weather patterns. For example, you can get solar energy during the day when the sun is out, but what happens at night when electrical energy is needed? Or, in the situation where we can get the bulk of hydroelectric power from large water sources, but these sources are disturbed especially in rainy seasons? The answer will turn out to be that energy that has already been produced will have to be pooled from elsewhere. Like mobile phone batteries just lying in wait for when needed, a wider variety of grid energy storage options are essential, so that there will be less dependency on the fluctuations or variations in weather or energy sources.

What are the Grid Energy Storage Options?

The electrical grids need a stable system that provides a balance between supply and distribution, many methods have been applied since the discovery of electricity to keep up with these demands so here are a few energy storage options that can be integrated into the grid systems that are worthy of note:

Courtesy: Grendz.com[/caption]These are lithium-ion batteries for home and grid use. According to Tesla "Powerpacks house, the world's most sophisticated batteries with AC-connected energy storage system and everything needed to connect to a building or utility network. It dramatically simplifies installation, integration and future support, offering system-wide benefits that far outweigh those of standalone batteries." It focuses on peak shaving, load shifting, emergency backup and demand response. A persuasive example is Hornsdale Power Reserve in Australia, where it was commissioned in 2017.

Courtesy: sciencemag.org[/caption]These are a special kind of electrochemical battery cells that allow chemical energy provided by to chemical components that are dissolved in liquids that are pushed through the system on separate sides of a membrane to create stored energy. Essentially chemical energy is turned into electrical energy through reversible oxidation and reduction.

Courtesy: thetimes.co.uk[/caption]These can be found on wind farms such as that owned by the KEA electric cooperative in Alaska. This ETS harnesses the power of the wind to create and store energy. It works by accelerating a flywheel rotor to immense speeds of about 20,000 to 50,000 RPMs and keeping the energy in the system as rotational energy that can be extracted when needed.

These are mainly used for heating and cooling applications. The idea behind this EST is to heat or cool a storage medium so that the energy stored within can be utilised when needed. The most popular of which is sensible heat storage which concentrates on storing thermal heat by raising the temperature of a solid or liquid, examples are gravel, ground or soil, pebbles and bricks. The Crescent Dunes solar energy project in Nevada is an example of this ETS that can store up to 1.1 GWh of energy which is equal to 10 hours of full power energy setting it apart from most of its predecessors.

By Funkjoker23 - File:Pumpstor_racoon_mtn.jpg, Public Domain, https://commons.wikimedia.org/w/index.php?curid=18633057[/caption]These follow the process of electrically pumping water from a lower reservoir to an upper one where the hydroelectric station will then contain the water to create and store more energy. They are used during off-peak seasons to store water that can be used to generate energy when needed at peak seasons. An example is the Grand Maison Dam can power up within three minutes to feed up to 1.8GW of electricity into the French national electrical grid during peak demand.

This sees air becoming pressurised and stored underground until it's needed, similarly to the process of hydroelectric energy conversion and storage. Excess electrical energy is stored as high-pressure air in large tanks or salt caverns and spaces. To revert it to electrical energy, the compressed air is pushed through a turbine. The Pacific Northwest National Laboratory and Bonneville Power Administration have undertaken a project to "evaluate the technical and economic feasibility of developing compressed air energy storage in the unique geologic setting of inland Washington".At Hive Power, we strongly believe that the future relies on the cohesive synergy of all these elements, technologies and innovations. Power generation, infrastructure, energy sources, and storage grids need to be designed to feed off each other producing stable and reliable energy sources for day to day use while also helping to reduce fossil fuel emissions. The future of Grid energy storage is smart, renewable and sustainable.