The Future of Wind Energy Supply: What To Expect In The Next Ten Years 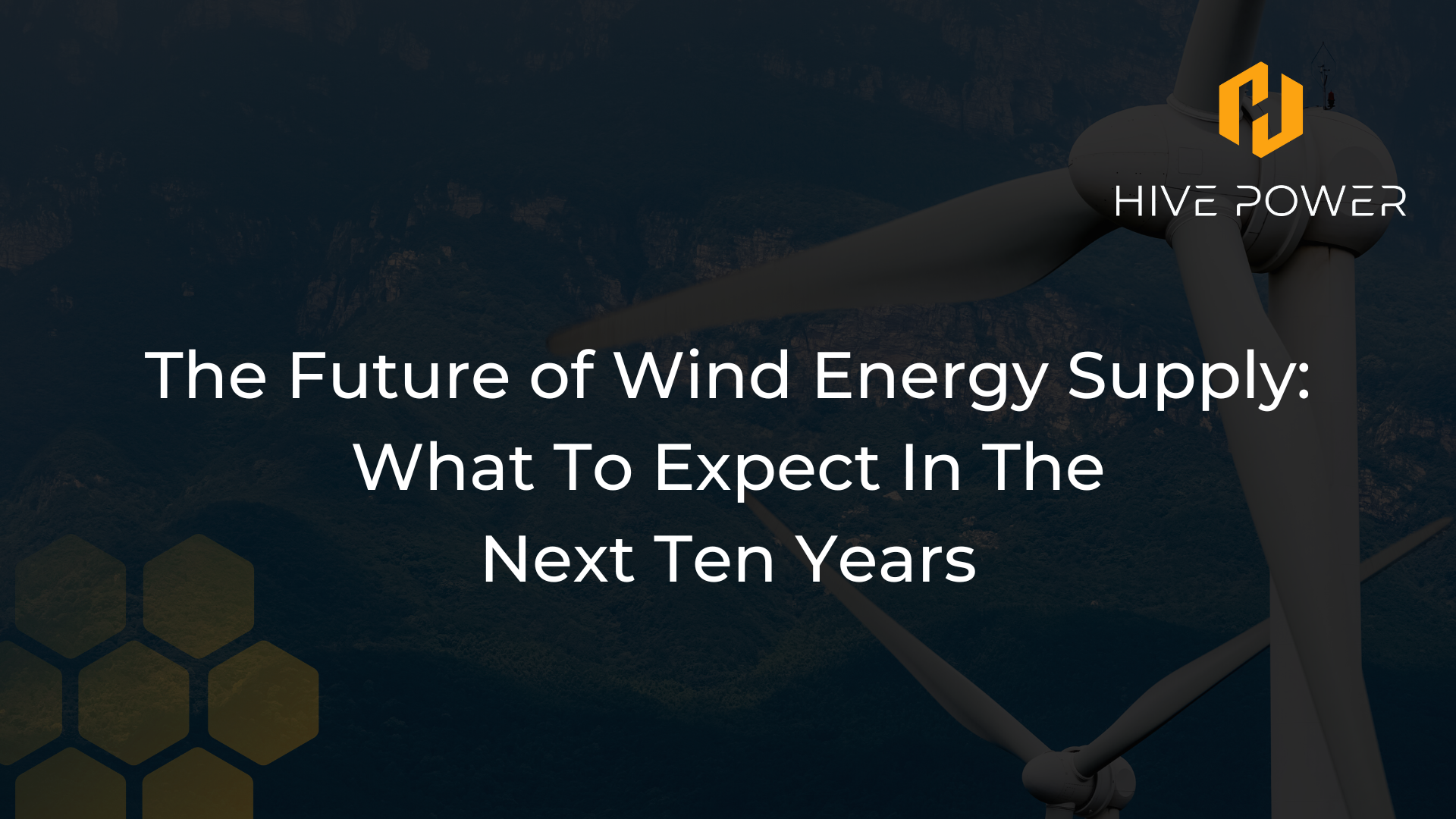 Wind Energy is cheap, clean, and environment-friendly and has been a major renewable energy source over the years. Globally, wind energy deployment has expanded averagely by 21% annually since 2008 as more countries are implementing it commercially. Sweden alone has more than 4,000 wind turbines that supplied up to 27.6 TWh of power in 2020. More so, it is expected that by 2030, 5 - 30 GW floating offshore capacity will be installed worldwide.Wind turbines recently produced have capacities ranging from as low as 250 watts to as high as 7 Megawatts. Also, a wind turbine (onshore) of about 2.5-3MW can power up to 1500 average homes in an hour.

The Trend Of Events In Wind Energy Supply

Wind turbines need to be situated in places where the wind speed can best be optimized. However, these locations may not always be where the power is needed. The power generated has to be transmitted to the relevant site for use. Thankfully, the supply of wind energy and power from generation to consumption has improved over the years because of its inclusion in the power grids of some countries worldwide.

Also, wind turbines have subsequently gotten taller with time because wind speed increases with height. This height increment is because manufacturers of these turbines have realized that they can do more. Beyond height, many other features of the turbines have been made bigger to improve their efficiency. A larger rotor diameter, for example, can capture more wind over a larger area and produce more electricity. The same thing goes for other parts of the turbine. However, the transportation and installation of these large parts have not been easy, even though innovations are being made for better wind turbine materials.Regarding energy storage, it has always been a point of interest in wind energy because of its stochastic nature. So it needs a good means of storage to augment times when the output is low.

As wind energy supply has improved over the years, we must understand how we got here for us to move to the next phase. How did we get to do things better, and how can we move forward? Some factors are essential in making a change for a sustainable supply of wind energy. They include:

Many countries in the European Union have put things in place to favour the use of renewable energy generally, including wind energy. Some include renewable energy directives, incentives, carbon taxes, and the likes. These actions have pushed for more improvements in wind energy supply, especially in countries that they're being maximized, such as Germany, Spain, France, and the UK. The EU is working towards cutting carbon emissions by 55% in 2030, which is one of the motivations for these policies.

Still, more can be done if there is an achievement of those milestones that will lead to the future. Not all countries have been meeting the goals for wind energy generation, and this does not even afford them the chance to work on better supply mechanisms for wind energy. Also, some regulatory and permitting processes on wind energy are still time-consuming due to concerns over variable power on the grid. In every place where wind energy has been adopted maximally as a result of supporting policies, there is a platform to improve supply techniques.

With adequate storage, the future is almost here and planned for. Wind energy gives the power that can be stored in large-capacity batteries. If we would experience the change we see ahead, there has to be an improvement on the existing storage facilities. This is because the power generation would continue to increase as more wind turbines would be deployed around the world.

Even the costs of wind energy have been projected to decline up to 49% by 2050, and this would lead to a greater rate of adoption of wind-powered systems that would, in turn, need more storage.

3. Use of technologies to manage fluctuations

Forecasting models can be used to predict power that would be generated from wind energy sources despite their fluctuations. Using intelligent machine learning models, proper data allocation can be done to optimize cost and power from time to time. Adopting these technologies would lead to the next phase of innovation in wind energy supply. An example is the use of forecasting models to properly manage the running of wind turbines.

Considering the weather changes that affect the amount of power generated from the wind, measures have been put in place to ensure that it does not directly cause power outages.

Hive Power's Forecaster handles short-term forecasting that enables grid operators and wind energy suppliers to make the right decisions, put in necessary resources at specific times, and meet up with demand and set the correct costs.

What To Expect In Ten Years For Wind Energy Supply

Experts' projections tell that onshore wind energy would cost much less than it is now, and offshore wind energy even less. It is interesting to note that even before now, experts' predictions on wind energy have been correct and even more positive. For example, the steady and accelerated cost reduction in wind energy since 2015 has been greater than the projections made ahead. It is safe to expect more, considering all that has been put in place.

With the use and supply of wind energy, by 2050, up to 260 billion gallons of water that would have been used for fossil fuel power generation would be saved. Also, we would avoid the emission of up to 2.3 gigatonnes of greenhouse gases.

In ten years, the cumulative amount of power supplied by wind energy is expected to triple, making a lot of difference in the energy sector and the environment.