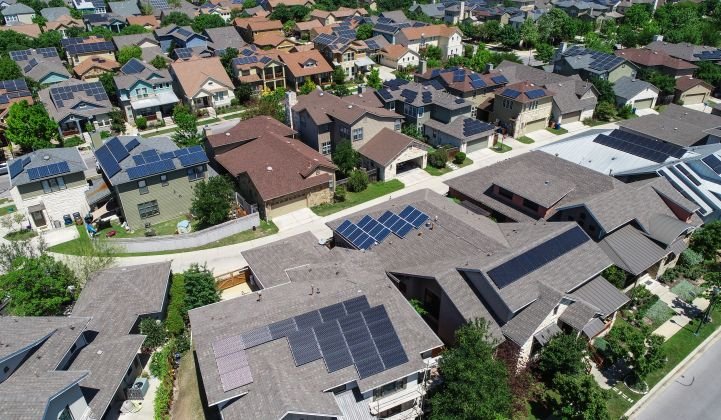 Just as the progress of a being shows its life, the growth in a nation shows that it has great abilities. Europe, for one, has shown immense growth in the past three to four years alone. Following act 21 of the RED II (Renewable Energy Directive II), efforts have been made to bring Europe to its target for renewable energy by various bodies.Interestingly, the statistics of the energy economy in the European Union (EU) show an increase in the production of renewable energy. In 2019, it had the biggest share in primary energy production (36.5%) and so looks productive. As more renewable energy projects come up, more technologies come up to keep up.More so, to achieve the factors on which sustenance energy thrives (energy security, environmental impact mitigation, and social equity), some ways of keeping sustainable energy effective have come up. One of the most effective is energy communities. In the same way projects in the US like the Butler solar facility, Comanche solar, and the rest are making progress, Europe is maximizing sustainable energy by doing more energy projects. Energy communities in Europe are increasingly helping citizens contribute to renewable energy and see the effect as closely as possible. One important thing that characterizes energy communities is citizens' collective and organized action in producing and using sustainable energy. There are some projects currently going on in Europe whose influence is turning the energy sector around. You can find five top ones here, which we will discuss.

The Institute of Systems and Applied Electronics (SUPSI) launched a project in 2019, which is gradually coming to completion in 2021. This project, the Lugaggia Innovation Community, was set up as a self-consumption community. After the municipality of Capriasca installed a solar photovoltaic plant on the roof of a kindergarten, users observed that the rate of consumption of this power was low. To maximize the energy, the LIC connects the kindergarten with ten nearby houses.

The technologies applied in LIC are of utmost importance as they apply key advancements. Two technical solutions provide the backbone of the LIC project - a centralized platform for energy management provided by Optimatik and a decentralized control system by Hive Power's control module. This second solution introduces blockchain technology for a versatile application. The control that it provides caters to synchronization, payments, sensing, and actuation.The LIC project is a strong one as it was initially experimental but now promises to be an innovation site. Processes are in place to make it as efficient as possible.

This project is being carried out in Zwevegem, a small town in West Flanders, Belgium. RE/SOURCED stands for Renewable Energy Solutions for Urban communities based on Circular Economy policies and DC backbones. It is focused on maximizing sustainable energy, conversion of heritage, and the circular economy. There are three structural partners to the RE/SOURCED project, namely:

With these three partners, the project is led by the intercommunale Leiedal and supported by Urban Innovation Actions of the EU. The project aims at transforming a former power station (established in 1912), Transfo, into an energy community.Transfo is now a multifunctional site with homes, offices and other structures. It is a 10-hectare site preserved for its heritage and with a lot of significance. The citizens of this community are to benefit from the local power grid that is being developed. The focus is currently on making circularity applicable in renewable energy.The DC grid for the RE/SOURCED project brings together various renewable energy sources - wind turbines, solar panels, and storage facilities. The idea of a circular economy comes into play in using more efficient materials for the demand of steel, copper, lithium, and the like to be met. The factor of material usage is great in the sustainability of energy systems.

With a focus on energy islands, the COMPILE project started in 2018 and is actively in progress. It is centred around the decarbonization of the energy supply process and community building.

There are up to twelve (12) partners in this project, and they all play roles in putting it together. The project has received funding from the European Union's horizon 2020 research and innovation. It promises to make use of some tools to achieve its goals.

Scaling up, according to the project's name, is a major focus of this project. It kicked off on the 7th of June, 2021, aiming to bring Europe closer to the renewable energy goals. RESCoop coordinates it. There are partners from 5 countries – Energy Cities member cities Leuven (Belgium) and Poreč (Croatia), the energy cooperatives Enercoop, Electra, Energie Samen, ZEZ and Ecopower and TU Delft.The synergy among the technologies of these partners is on the move to power energy communities around Europe. It is set to create 25 energy communities and 34 community projects.

This project seeks to empower prosumers and create a platform where all can play a good role in the energy market. It is a project that is still under development and plans to be demonstrated in 4 countries on a large scale - Italy, Belgium, Spain and Greece.

WiseGRID integrates ICT systems in the distribution grids of energy to ensure flexibility of the grid systems. A set of technologies will be put in place to ensure smarter grids. The use of enhanced storage systems (batteries and heat accumulators) is a special highlight that WiseGRID will use to store energy from renewable sources.Also, virtual power plants would be used to manage the controls in this project. Of the 21 partners in this project, several include Ampere Energy, ReScoop, Eco power, and so on.