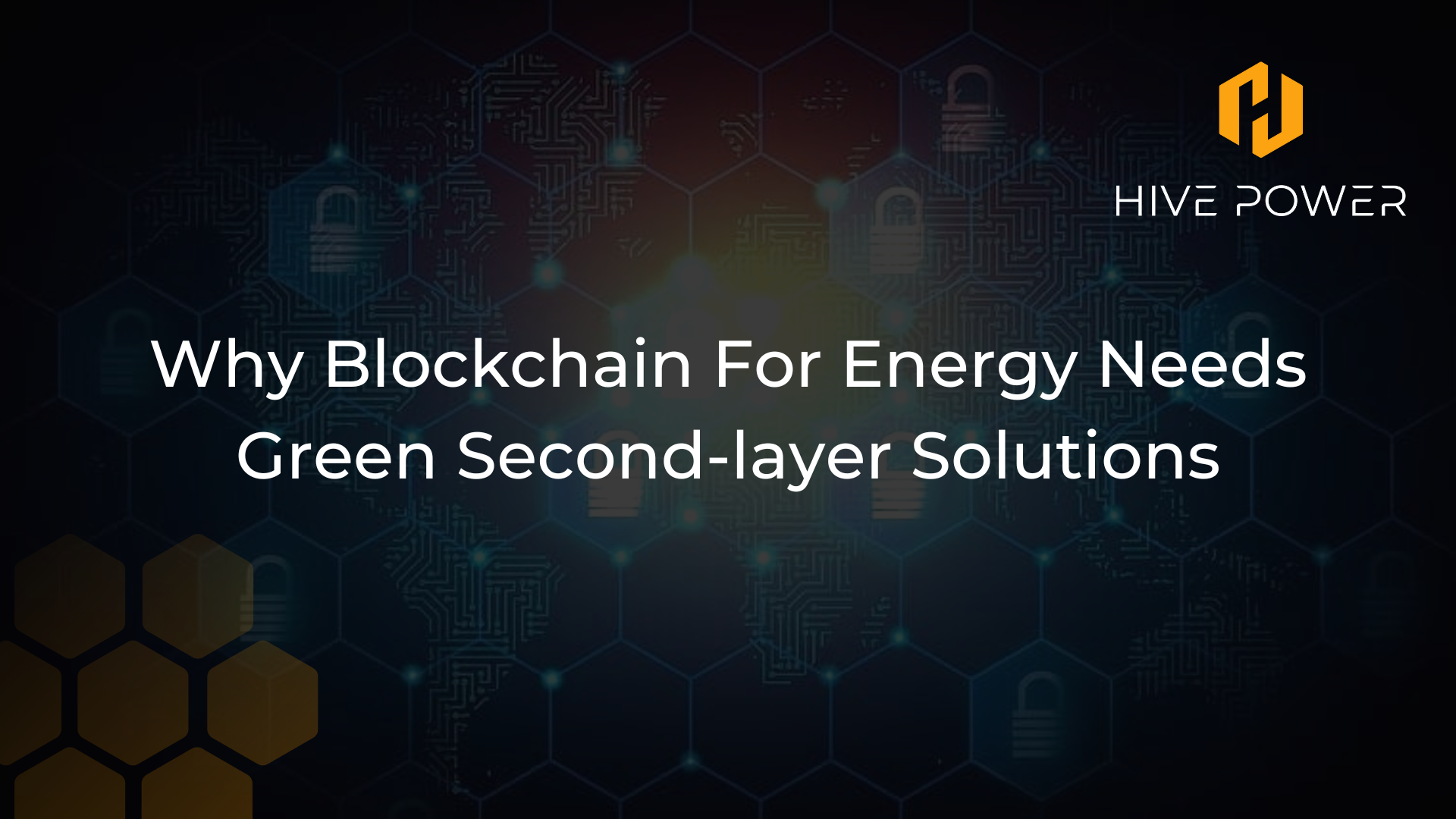 Since the cryptocurrency boom, blockchain technology has opened up innovations in various industries like healthcare, education, real estate, insurance, supply & logistics, asset management, music, and many other industries; other industries are catching on as well.

For this post, our emphasis is on electrical energy management. Many solution providers are constantly exploring the incredible possibilities of blockchain technology in the energy and utility sectors. Application of blockchain in the energy sector could be in grid management, automation, communication, billing, sales and marketing, metering and data transfer, mobility, and security.

However, blockchain technology has its challenges, or trilemma, like we technically call it. The trilemma is based on three blockchain concepts, which are scalability, security, and decentralization. According to Vitalik Buterin, you cannot boost all three properties simultaneously; you would have to forfeit the other factor for you to maximize two.

Each of these factors has its extent of influence on different blockchain applications. However, in the energy sector, the scalability of blockchain technology is most important, mainly because managing a power grid involves an enormous quantity of data. Monitoring and controlling energy values, billing, intelligent response, and communication on the current blockchain platform cannot accommodate such amount of data within the time that’s required.

Let’s assume there’s a small city with 700,000 homes connected to a local grid. Each apartment has a smart meter that monitors the voltage, power, frequency, energy consumption, and billing in real-time. Such a network can generate a transaction rate of over one thousand units in one second. In a blockchain, the transaction rate is equivalent to the average number of blocks mined per second.

Something very noteworthy at this point is the quantity of computing power that it takes to mine blocks of notable cryptocurrencies like Bitcoin and Ethereum. These two blockchain entities use a peer-to-peer protocol called proof of work(PoW) to mine new blocks or cryptocurrencies by solving a cryptographic mathematical problem, so there’s a race between the peers in the network to resolve it first.

In other to have an upper-hand, you must have higher computing power. Higher computing power equals consuming more energy. No wonder mining of Ethereum was estimated to consume about 8.35 TeraWattHour annually; that’s the average amount of energy Honduras consumed last year.

Imagine that amount of energy consumed just for a mining rate of twenty transactions/blocks per second for Ethereum, and we are looking at a transaction rate of over 1000/s for a network energy users in a blockchain. This solution will lead to excessive energy consumption; therefore, it is not sustainable.

Blockchain’s scalability also has the hurdle of data storage. Each home would need enough storage to accommodate all the transaction history. Bitcoin’s transaction ledger was at 210 GB at the beginning of 2019, and it has an increment rate of 50 GB per year. Now imagine storing all energy data records of millions of homes within a grid, not to talk of the privacy restrictions that would be involved.

Researchers have recommended different improvements to make the scalability of blockchain possible. However, the most notable of these is the second-layer or off-chain solution.

What Does Second-layer Solution Mean?

Second-layer or state channel is a platform outside the blockchain that involves a peer-to-peer transaction between two agreeing parties and a third overseeing party that guarantees the value of the transaction.

Second-layer solutions are like payment channels with extensive transaction rates and lightning-fast processing abilities, but they are still connected to the blockchain. At the end of the transactions in the second layer, the system writes the value back to the main chain/blockchain.

Bitcoin, Ethereum and other blockchains have developed off-chain solutions that allow instant transactions between peers, such as;

For example, Lightning Network is estimated to have a transaction rate of 1,000,000/s while Raiden is considered to be infinite.

Pros And Cons Of Second-layer Solutions.

The off-chain solution has pushed the possibilities of scaling blockchains to a limitless boundary. What seemed impossible on the blockchain, we can carry out off-chain and transfer back to the blockchain after a transaction/contract.

Below is an overview of the benefits and limitations of the second-layer solutions.

Pros ConsThey have a high transaction rate.You have to deposit a token to start, and your transactions are limited to that amount token you.The transaction/mining fee is low compared to the main blockchain, and it is independent of the value transferred.You can only transfer to one party per channel; however, you can have multiple channels.Off-chain allows for secure and private payment. Transactions are done instantly without involving the blockchain. The overall capacity of the network sizes linearly with the number of actors on the network.

Let’s narrow all these down to how they influence the energy sector.

How Second-layer Solutions Can Enable A Sustainable Blockchain For Energy

Second-layer solutions make it feasible to manage a grid network of considerable size without having to bother about the latency rate or throughput of the transactions. Typically, we can have millions of energy meters connected in a decentralized network and effectively manage the data processing.

Finally, the energy consumed from the numerous transactions done on the second-layer is insignificant relative to the energy that will be consumed by the blockchain for carrying out such amount of transaction.

In conclusion, blockchain technology has disrupted how we manage energy, as we’ve seen through this post. The off-chain transaction seems to be a viable solution for a scalable and sustainable blockchain; however, more research projects and collaborations will prove if this solution can be significantly improved, especially in its commercial value.