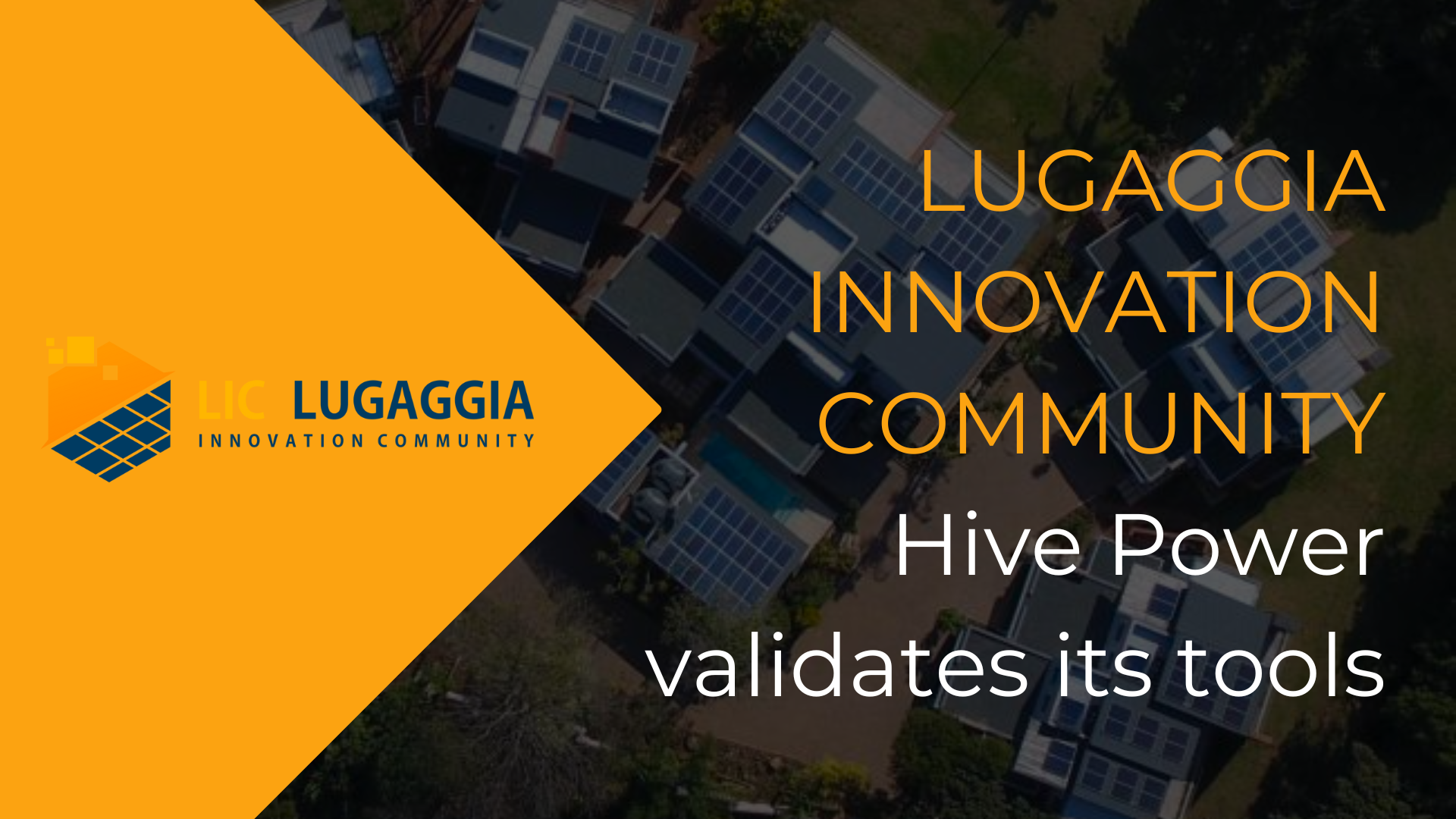 Hive Power, in partnership with SUPSI, AEM, Optimatik, and Landis + Gyr, launches the pilot project “Lugaggia Innovation Community” (LIC). It aims to test innovative solutions that foster the penetration of local renewable energy sources by optimizing their profitability and minimizing their impact on the grid. The project has the support of the Swiss Federal Office of Energy, the Cantonal Fund for Renewable Energy (FER) and the Authority for Development of Lugano Region (ERSL) and involves eighteen households and the local kindergarten of Lugaggia, a village in the region of Lugano.

The transition to renewable energy sources is one of the key objectives of the Swiss and international Energy Strategy in response to climate change. To implement this transition, it is necessary to radically rethink the way electrical power is delivered. In particular, Paolo Rossi, director of the local DSO (AEM SA), notes that “Many of our customers do not just consume energy: they also produce it with rooftop photovoltaic systems. Most of the times, they manage to self-consume only a small part (20%) of the electricity produced by their photovoltaic system, while most of it (80%) is fed back into the electricity grid. Such reverse power flow in LV poses a challenge to the stability of the grid, which was originally designed to supply power to users and not take it away from them. It also represents a direct financial loss for the user, given that the electricity fed into the network is paid much less than that taken from the network. With the LIC project, we try to overcome these problems”.

The innovative solution, being tested in Switzerland, leverages on the possibility, recently authorized by the Federal Energy Ordinance, to create a “self-consumption community”: a contractual grouping of consumers and producers who jointly use self-produced solar energy.

The innovative solution, being tested in Switzerland, leverages on the possibility, recently authorized by the Federal Energy Ordinance, to create a “self-consumption community”: a contractual grouping of consumers and producers who jointly use self-produced solar energy.
To reduce energy costs for consumers and increase the profitability of photovoltaic systems within the community, the self-consumption must be maximized. To this end, a 60 kWh storage battery was installed. A demand-side management scheme that coordinates the activation of deferrable loads, such as heat pumps and electric water heaters, further increases community self-consumption. The HONEY distributed control scheme developed by Hive Power will be used to control both the community storage and the deferrable loads of the community members, to boost the profitability of the community, while ensuring grid stability.

Hive Power also plans to test its blockchain-based tools for the management of shared assets (using the community storage as an example) and billing automation.