Can blockchain boost the distribution of renewables? 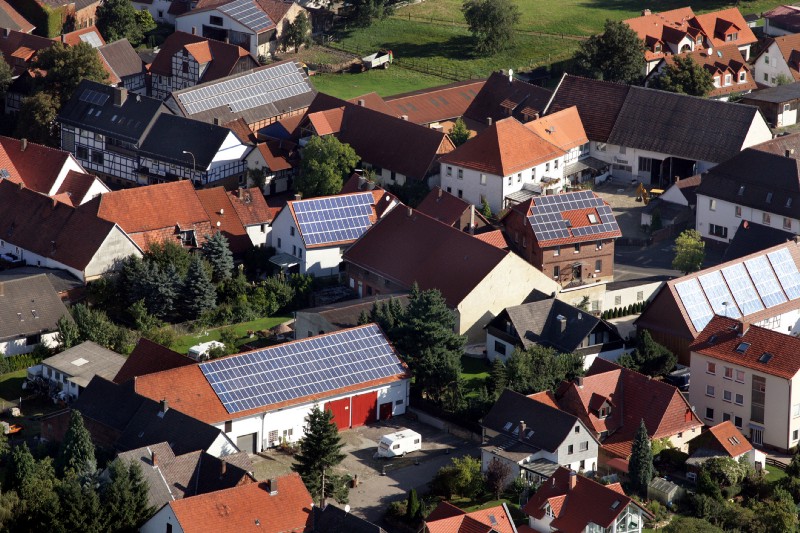 In the latter years the world faced an amazing adoption of renewable energy sources, mainly solar and wind. Initially, the rapid advancement of these technologies was driven by strong incentive programs, first in Europe and therefore in the rest of the world; in parallel, technical improvements and economies of scale of manufacturers, mainly Asian, have allowed a rapid decline of renewable electricity costs.

Today, in different parts of the world, renewable energies are already cheaper than fossil fuels, but there are several cases where their adoption can be stalled by uncertain self-consumption rates of the energy produced. In fact, with current tariffs scheme, a very important factor for calculating the financial return of a new photovoltaic plant is the percentage of self-consumption. This is due to the big difference between the prices of energy purchased and sold to the local network, so without a significant energy consumption during the sunny hours, the majority of the energy produced is injected to the grid. This asynchrony can make solar not convenient.

Example of mismatch between solar energy production and house’s demand

To change this scenario, new energy exchange models are needed, which should encourage users to a more rational use of energy at the local level, introducing a new simple and cheap billing scheme. The natural candidate to optimize decentralized energy exchange processes is the blockchain, a decentralized technology based on distributed databases, which allows users to sign contracts and make payments with negligible marginal cost, all with a high assurance of reliability and without a central body. Blockchain technology and new business models that stimulate the local energy exchange — for example between neighbours or business entities in the same district — can facilitate the diffusion of photovoltaic plants and optimize the distribution and use of batteries, that will have a prominent role in the coming years.A number of start-ups and big utilities are moving towards this new scenario, some with proprietary systems that are a bit in contrast with the distributed market logic, others trying to create an open platform that can integrate components from third parties. These models need also to couple with different use cases, such as micro grids, self consumption communities, condominiums and low voltage district grids.

An automated and reliable future

Additional factors that will encourage the use of smart energy management technologies at local level are the physical constraints of the power grid. Copper cables connecting residential, commercial and industrial areas could face issues in the future, causing a new wave of renovation costs for the electric grids. To prevent this regrettable future, new market models should be designed to encourage the users to use (and store) energy helping the power grid to maintain voltage and frequency within safety range. All these mechanisms will be dominated by artificial intelligence algorithms, so no effort will be required to the user, these new smart tools will work in what many already call “machine economy”.At Hive Power we are enabling the creation of energy sharing communities where all participants are guaranteed to benefit from the participation, reaching at the same time a technical and financial optimum for the whole community.Join Hive Power Telegram chat:https://t.me/hivepower