Renewable Energy In France: What You Should Know 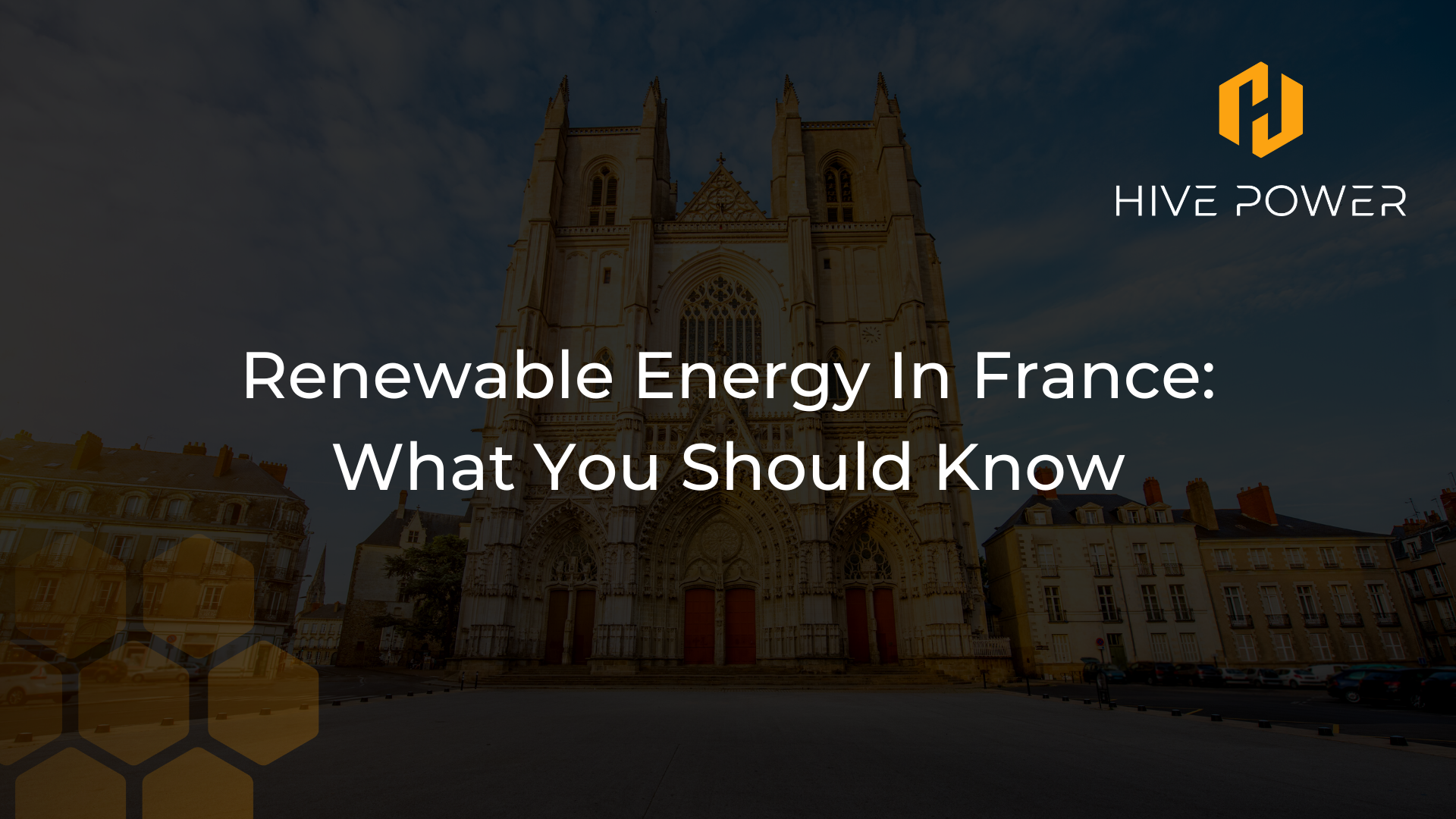 In the 1970s and 80s, the government of France decided to build thirty-four 900 MWe nuclear reactors while the rest of the world was recuperating from two oil crises. The success of these nuclear programs and their subsequent additions removed France from a constant reliance on fossil fuels. As a result, as of 2000, France's nuclear energy represented 75% of its electricity production, meeting national and export needs.

With the advent and continual presence of renewable energy sources, however, the dominance of nuclear energy may be on its way to a slow decline. Renewable resources are the fastest-growing electricity generation source increasing by 2.9% per year.

In France, the electricity-generating mix comprises five essential sources: coal, natural gas, petroleum and other liquid fuels, nuclear power and renewable sources. Hydropower is the predominant renewable source leading the global trend, and as of 2020, it accounted for 10.84% of France's total final electricity consumption.

The growth of renewable energy (RE) in France hasn't been a smooth ride. In 2020, France, with only 19% of its energy generated from renewables, was the only EU country to not fulfil the EU RE directives of 20% by 2020. However, this is by no means a way of dismissing the country's growth over the past decade.

Hydropower has been dominating the French RE market for a long time. Despite this fact, it's the only RE source that hasn't seen much growth in the past ten years. In 2011, France generated 8.06% of its electricity from hydropower. However, it recorded only a 2.78% growth in its hydroelectric generation in ten years.

The other renewables, however, each registered significant growth over the course of this same period. As of 2021, the wind was second to hydropower in renewable electricity generation at 6.68%, having leapt from 2.18% in 2011. Next to wind energy was solar energy, which grew from 0.41% in 2011 to 2.67% in 2021. The other renewables, such as biomass and incinerated waste, when accumulated, boasted of a 0.78% growth over the same study period.

Source: Our World in Data

Furthermore, the French transport sector emits the most carbon. While this still holds, its validity is weakening, owing to the rapid growth of electric vehicles (EVs) in France. EVs multiplied by over 2000% between 2011 and 2021

Since the days of heavy dependence on nuclear power, France, the second-largest economy in the European Union, has been focused on a certain form of self-reliance and development. As a result, the government has now decided to cut down the usage of nuclear reactors and fill those gaps with renewable energy sources, ensuring a sustainable energy transition for all.

The development of renewable energy was extensively promoted via public support until recently. However, with the government's involvement on a larger scale, production costs are expected to fall further, facilitating lower costs for renewable energy generation.

‍President Emmanuel Macron plans to fall in line with the Paris Agreement, Energy Transition for Green Growth and biodiversity laws.

Here are the objectives of EN MARCHE (The Environmental Program):

Under the ETL, the Multiannual Energy Plan (MEP/PPE) sets a general orientation for the energy policy in France from 2019 to 2023 and 2024 to 2028. This general policy includes projections and plans for renewable electricity, hydropower, onshore wind, offshore wind, photovoltaic solar, methanation (waste and biogas), firewood, marine, geothermal and solar thermal.

Solar energy has been tipped to dominate the French RE market, and it doesn't stop at mere rhetorics. While most of the current projects are wind, solar projects constitute the higher capacity of these two. Below are some of the French projects under construction:

Calvados Offshore Wind Farm— is a 448MW offshore wind farm located in the English Channel, off the Northern France coast. When launched in 2024, this mega project will supply green electricity to 630,000 households.

The French government hopes to increase the support for renewables by 25% by injecting €6 billion into renewables energy spending in 2021, targeting further diversification of the country's energy mix, and by 2028 double installed renewable electricity capacity to up to 113 GW. Onshore wind will generate up to 34.7 GW, offshore wind - 6.2 GW, solar - 44 GW and hydropower 26.7 GW.

By 2035, 14 nuclear reactors will have been closed; two found in eastern France at Electricite de France SA's Fessenheim plant have already been shuttered.

Hydroelectricity is currently the primary source of France's renewable electricity, but wind power is slowly catching up. Projections show wind power will overtake hydroelectricity in France by 2030, with 43,89% of the total energy mix. However, solar energy is the most likely to dominate the entire RE market, with more PV installations happening in and outside major municipalities. These speculations further put the RE market's compound annual growth rate (CAGR) at over 7.4% between 2022 and 2027.

France aims to reduce its energy consumption by 14% by 2028 and increase installed RE power generation to 74 GW in 2023. This will bring the net addition within the ten years upheld by MEP/PPE to about 50 MW – 60 MW.

A breakdown of the statistics associated with RE in France tells a lot about how rough it has been keeping up with other nations making steady progress in the RE market. However, the projections, visualized through analyses of previous and current trends, demonstrate how seriously the country is revolutionizing its RE market.

With the most sensitive sector associated with energy consumption being fixed through the growing number of EV registrations, smart charging is an excellent way to sustain this development.