Renewable Energy In Italy: What You Should Know 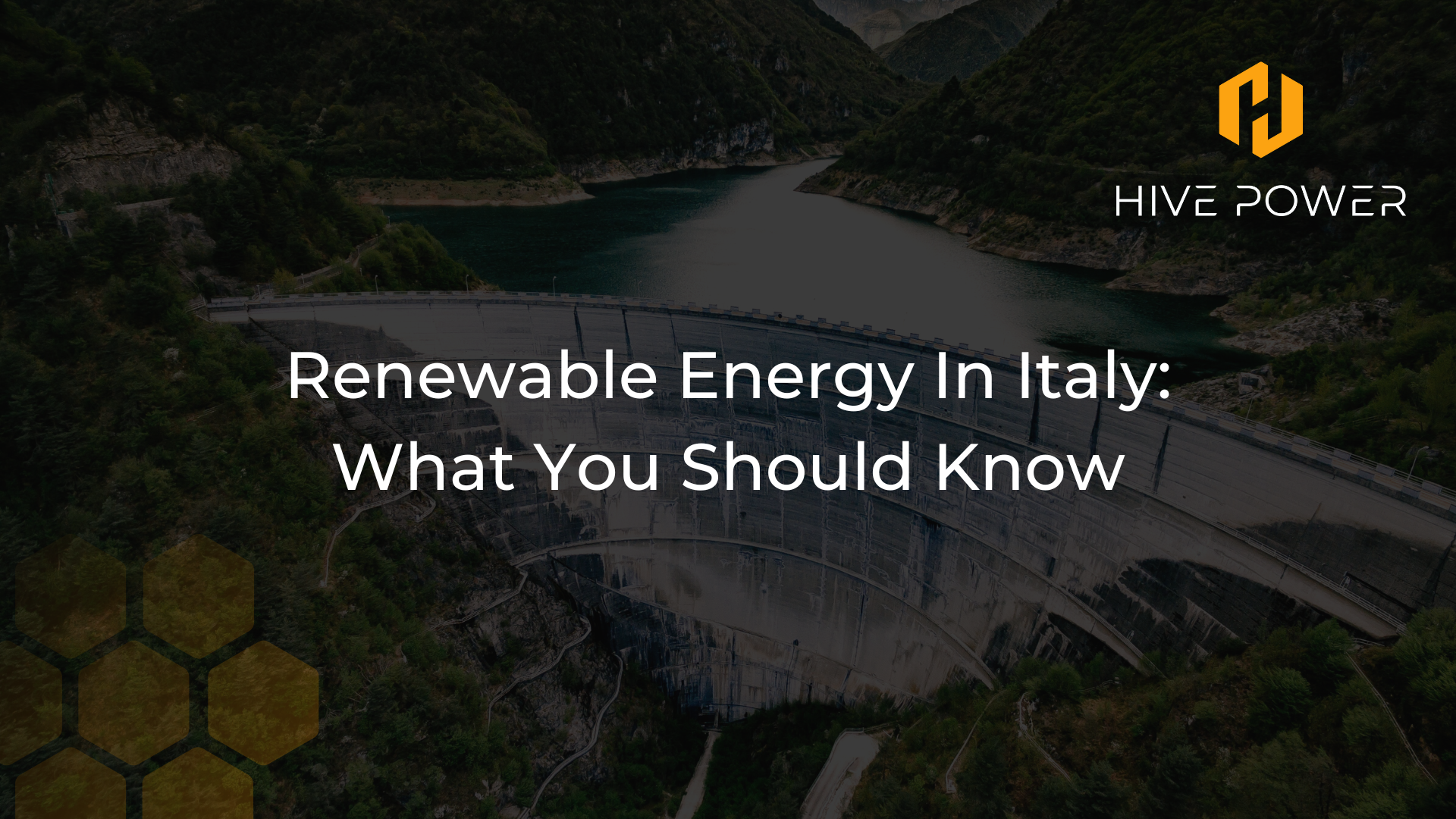 Some countries stand out in the renewable energy conversation in Europe, and Italy is one of the top players. For 2018 and 2020, Italy beat its renewable energy targets. The total energy produced by hydroelectric, solar, wind, bioenergy and geothermal power in Italy for 2018 reached 17.8% of final gross consumption, surpassing the 17% target set for 2020.

The fastest-growing source of renewable energy in Italy is photovoltaic solar energy (PV).

Policies Promoting The Growth Of Renewable Energy In Italy

After beating its own 17% set target for renewables shares six years ahead of schedule, Italy has created policies and guidelines to streamline the renewable energy sector for maximum profit. It is working under the EU Energy Roadmap 2050 to decrease greenhouse gas emissions by at least 80 per cent from 1990 levels using its National Energy Strategy 10-year road map.

The National Energy Strategy seeks to increase competitiveness, sustainability and security in the Italian national energy sector through schemes and incentives specifically tailored to the Italian market. The schemes or policies responsible for renewable energy – electricity in Italy are controlled by Gestore dei Servizi Energetic (GSE – the Manager of Electricity Services).

Some of the policies are:

As for renewable energy in the heating sector, there are a few policies available as well:

Other general policies that concern renewable energy sources in Italy include:

Building upon the above, the Italian government has recently added robust incentives to help strengthen the nation's renewable energy market:

Italy's first offshore wind farm is currently under construction. The plant comprises ten wind turbines with a total capacity of 30MW. Together these turbines are expected to produce 58GWh of energy that is capable of supplying the energy needs of 60,000 people. What's more? The plant is designed to prevent the emission of 730Mt of CO2 over 25 years.

Moreover, Ente Nazionale Idrocarburi or ENI for short, is building a 4.5 MW photovoltaic plant in Trecate to power its production site. In addition, ENI New Energy, a subsidiary of ENI, acquired three wind projects with a total capacity of 35 MW in the Puglia region of Italy. These wind plants are expected to produce approximately 81 GWh annually, avoiding around 33,400 tonnes of CO2 emissions annually.

Furthermore, six onshore wind farms with a combined capacity of 418MW are currently being built in Apulia, Sardinia, and Basilicata regions. These projects, when launched, are predicted to help the country reach its 2030 goal of producing 55% of its electricity from renewables.

When it comes to electricity generation, the National Plan for Energy and Climate (PNIEC) expects power generated by renewables to increase by 65% by 2030 compared to its current total.

Renewables are also scheduled to cover more than 55% of national electricity consumption, estimated at 337 TWh in 2030.

The plan is to concentrate on two renewables, wind energy and photovoltaic energy. Both renewables reach more than twice the amount of installed power in 2030 than what is currently attainable. This means the increase in total installed power from renewables would go up to 75%.

Following experts' careful analyses of the country's RE growth over the years, the market is expected to achieve a compound annual growth rate (CAGR) of 7.1% between this year and 2027.

Italy is not pausing in its race to become the only contender for renewable energy innovations in Europe. On the contrary, it has beaten its set targets twice in a row and continues to set higher standards for its sustainability.

Hive Power is optimistic about the tremendous progress that can be made in Italy's renewable energy journey by including AI-powered smart grid technologies to promote more innovative solutions.

While the government's investment in EVs is in action, they can speed up the realisation of a decentralised grid system with an intentional turn towards EV smart charging. Through this, electric grids are better sustained. And with durable, effective grids, decarbonisation is made easy.