Renewable Energy in Sweden; What You Should Know. 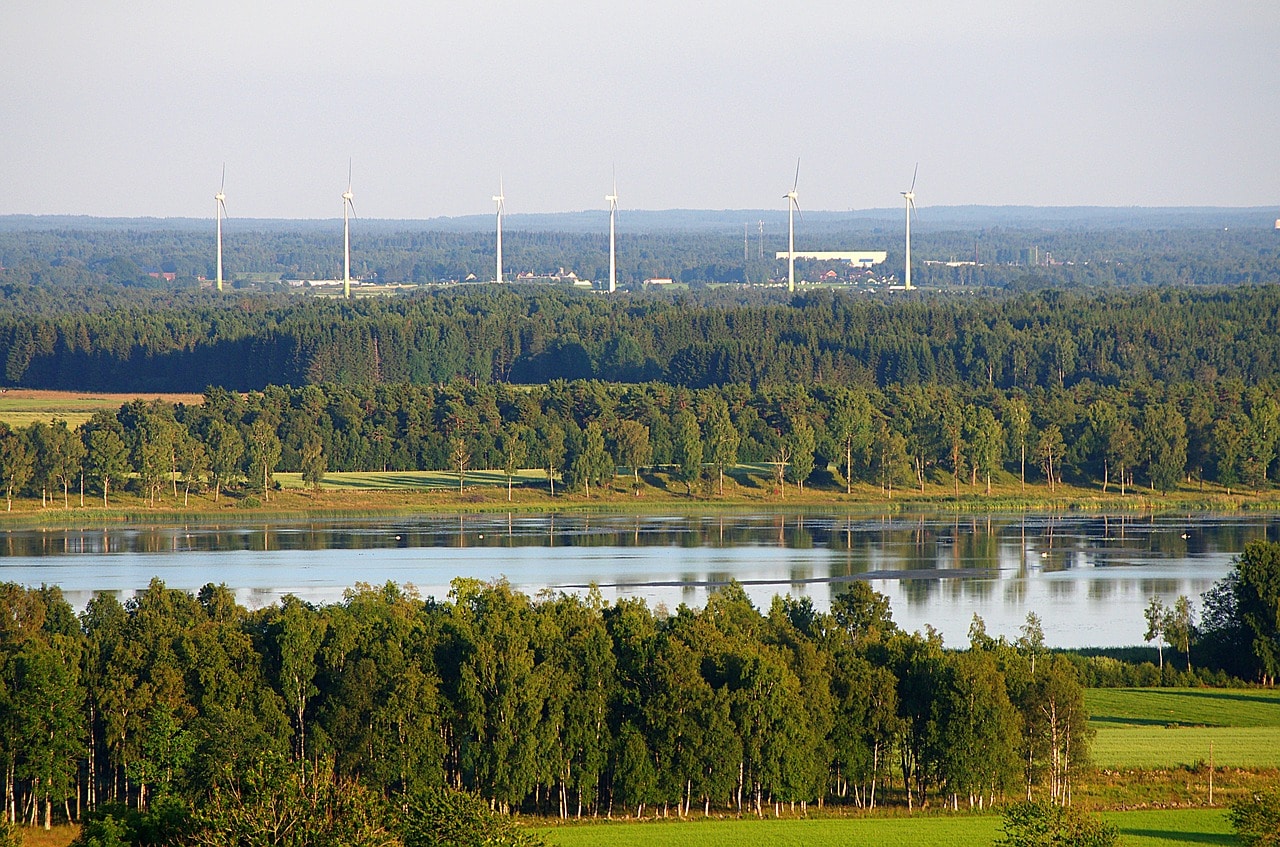 The largest country in Northern Europe, Sweden, is famous for many things, from the beautiful sceneries, historical sites, food, and liberal culture. Remarkably is the environmental consciousness that runs through most of its citizens and residents. The clean streets and green sites say a lot about how well the Swedish know the value of natural resources, and this is evident in their adoption of renewable energy on a large scale.Renewable energy in Sweden has developed over time, majorly from hydropower and bioenergy. This growth can be linked to the availability of moving water and biomass from its 63% forest cover. The topography also encourages the use of hydropower. In addition, there are 3600 wind turbines scattered all around Sweden capable of powering 30,000 homes. Wind power constitutes 17% of the renewable energy used in Sweden.[caption id="attachment_8586" align="aligncenter" width="940"]

The Growth of Renewable Energy in Sweden.

Bioenergy sources have a significant growth in Sweden. They sometimes run out of biowaste and have to import to meet their needs. Power generated from biowaste is usually used for heating, which is a very significant need in Sweden. Up to 93% of residential and 83% of commercial buildings get their heat generated from biofuel and waste through the district heating sector.Who/What is driving the growth of renewable energy in Sweden? Many factors are associated with the demand for power by industries, supportive policies, and the quick adoption of renewable energy technologies. The industrial sector of Sweden is a large one, needing a lot of power supply continuously. With the availability and development of renewable energy, the Swedish government can do a lot to meet the targets ahead.

Policies Aiding The Growth Of Renewable Energy In Sweden

The high carbon taxes and cheap energy prices are helping the growth of renewable energy in Sweden. However, climate change has been a great concern as many industries in Sweden are capable of carbon emissions. The carbon tax has been an excellent way to address the issues of emissions in Sweden and give incentives and opportunities for renewable energy alternatives. It is levied on all forms of fossil fuel relative to their carbon content.Also, the Swedish Energy Agency, which has existed since 1998, was recently commissioned to find strategies to include more solar power in the mix to make the 100% renewable energy target for 2040. Furthermore, the Swedish Environmental Protection Agency and the Swedish Energy Agency have been developing national strategies to build sustainable wind power.

Renewable projects continue to spring up in Sweden. An example is a partnership between Uniper Engineering and Fortum eNext in three projects relating to Nordic hydro and physical trading optimization, hydrogen, and wind and solar development. They plan to complete it in 2025 and have gone past planning the coming together to offer services to utilities and energy-intensive companies.Vattenfall, a government-owned company, also announced in 2019 to upgrade the hydropower plants and increase their capacity to 600 megawatts by 2023. It is very significant to Sweden's goals for renewable energy, and the output is almost equivalent to that of 100 wind turbines. Currently, up to 20 power plants have been upgraded, and 450MW more have been generated already.[caption id="attachment_8589" align="aligncenter" width="940"]

Courtesy: vattenfall.com[/caption]More so, in Ludivika city, 48 apartments have been linked as prosumers forming an energy community. Each has solar photovoltaics, thermal energy storage devices, and heat pumps to constantly use and produce renewable energy. In addition, despite being more of a collection of 1970 houses, they have smart meters which function effectively for an efficient power supply.