Renewable Energy in Spain: What You Should know 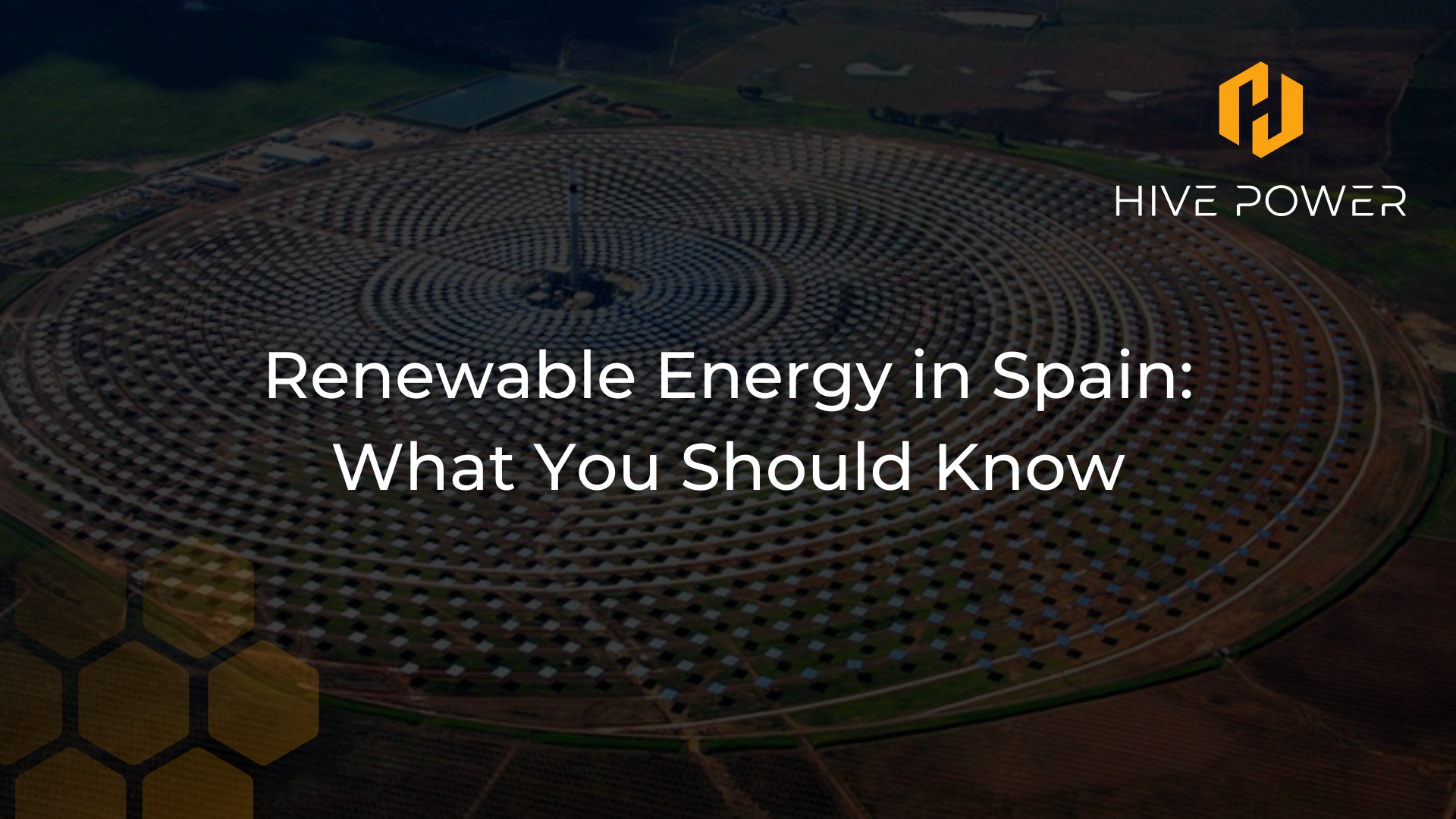 Approximately 47.6 million people currently populate Spain, and each citizen relies on energy for their activities. As of 2021, Spain's energy consumption per capita was 2.4 tons of oil equivalent (toe). This puts Spain up among the largest energy consumers in Europe. However, Spain, for the most part, has to import the energy it consumes due to the lack of abundant petroleum resources.

Generally, fossil fuels, wind, solar, nuclear, and hydroelectric energy sources are actively utilized in Spain. However, Spain is one of the countries that has started working actively to reduce reliance on fossil fuels. Right from the early 2000s, Spain has been making efforts to focus more on renewable energy. While this is major because of the adverse effects of fossil fuels on the environment, it has also brought advancements in energy management and proper utilization.

Spain has witnessed a steady reduction in its reliance on fossil fuels for energy generation. Compared to countries such as Norway and Germany, the differences have not been entirely impressive, but their rights have demonstrated firm progress.

Renewable Energy in Spain: How Far They Have Come.

To date, Spain continues to make advances in producing and using renewable energy. However, for a country that used to import a lot of coal and release subsidies for the cause, the new changes greatly impact the economy. We highlight below how much change the country has undergone over the past decade.

The Covid-19 pandemic was perhaps the one push that Spain needed to establish measures further to promote the growth of RE in the country. The pandemic's impact on Spain's energy sector led to the creation of legislation that includes incentives such as feed-in tariffs.

The new law on climate change and energy transition— promotes decarbonization through the prohibition of coal, gas, and oil exploration. It also moves to revitalize the electric vehicle (EV) market by banning the sale of fossil fuel vehicles by 2040.

The National Energy and Climate Plan (NECP)— focuses on modernizing the Spanish economy, especially the RE sector, and improving rural communities between 2021 and 2030.

These projects reflect a deep commitment to development and sustainability. As a result, solar and wind power generation have the highest percentage of renewable energy in Spain. Some examples of projects and initiatives on each (solar and wind power) are highlighted below.

Total Energies is planning to thrive on the promising solar market in Spain. Total is currently planning to enter the solar market via partnerships. Two partners have agreed on the two gigawatts (2GW) solar projects - Powertis and Solarbay Renewable Energy. This project would make a great impact on the renewable energy sector of Spain.

The partnership between Total Solar International and Powertis is 65%-35%, one that would need Powertis to bring a pipeline of 800MW. This project started last year. Also, Total is obtaining all 1.2GW portfolio of projects by Solarbay. The projects are all to end by the latest 2023.

Certain suppliers of wind energy in Spain (Gamesa Eólica, Alstom Wind, Acciona Energy, Iberdrola, MTorres, and the rest) are still going strong in their operations. As of 2015, Spain became the world's fifth biggest wind power producer. Producing up to 48,118 GWh of power from wind turbines that year, which formed 19% of the total power generated.

Enel Green Power is currently building a wind farm in Spain with an investment of €181 million ($220 million). This project would feature 43 wind turbines and can generate up to 471GWh of clean energy. The project aims to meet one of the major goals of renewable energy development - reducing carbon emissions. Consequently, as we expect, when this project comes fully up by next year, it will offset up to 385,505 tonnes of carbon emissions. This is a big one for the progress of renewable energy in Spain.

In September 2021, the Spanish government contracted leading energy giant Iberdrola to hybridize four wind farms with solar PV installation in Andalusia. The facility will have a combined capacity of 79MW to power about 12,500 households and will be able to prevent the emission of 6Mt of CO2.

Between 2022 and 2027, the Spanish RE market is projected to have a compound annual growth rate (CAGR) of more than 8%, with wind energy dominating the market.

As of 2021, wind energy's mix in the total electricity mix was 23.1%. However, according to a National Integrated Energy and Climate Plan prediction, this percentage is expected to have doubled by 2030. This ultimately means that wind energy will dominate the RE market by 2030.

Spain has come a long way and can fight through its challenges to improve renewable energy. However, from the generation of power to utilization, the energy stakeholders in Spain need to maximize available resources and decentralize its energy management systems to meet up with the bright future catching up with the rest of the world.