Renewable Energy in Sweden: What You Should Know 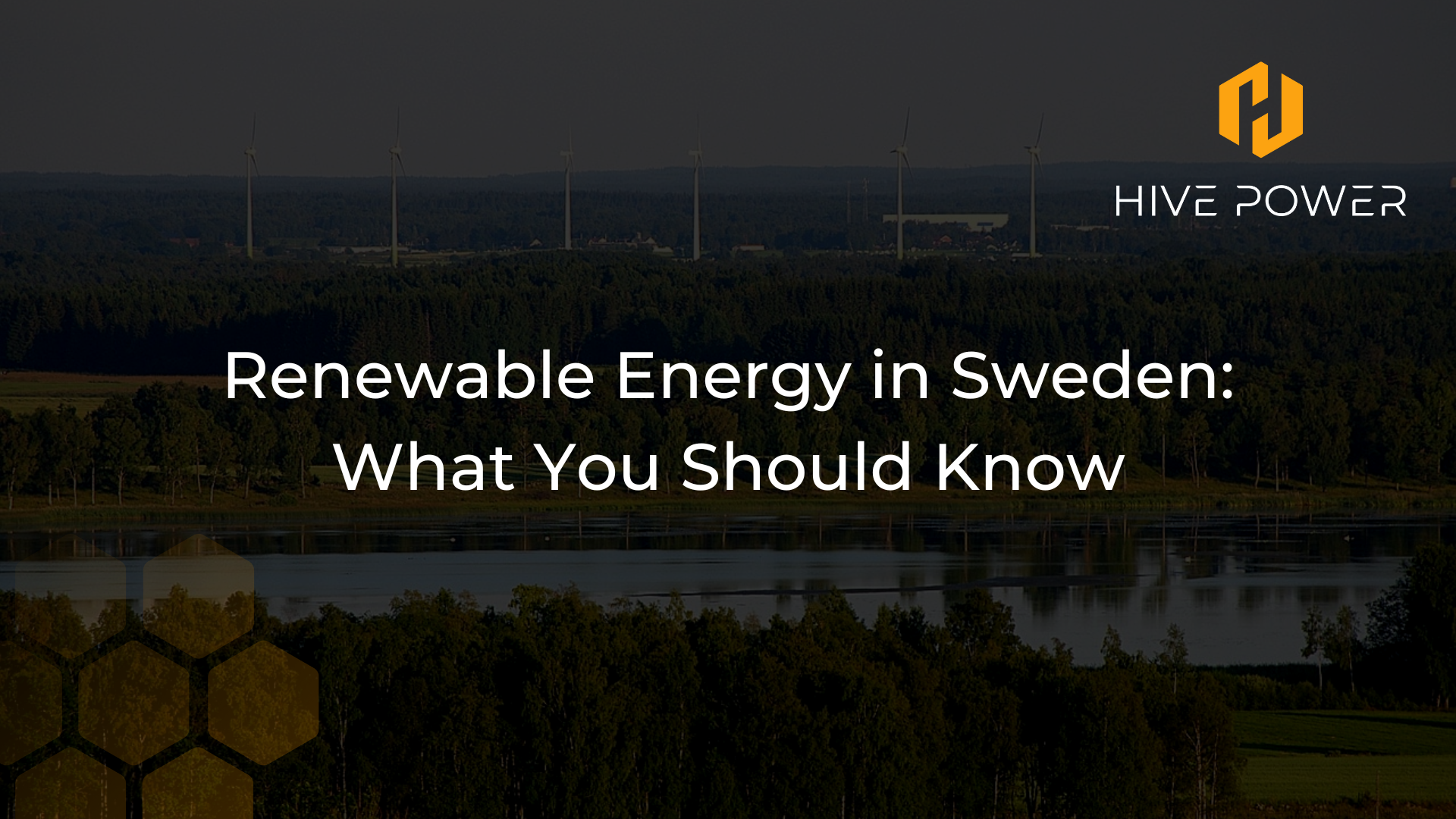 When the EU collated accounts of its 2020 renewable energy (RE) obligations from its member countries, only three countries transcended the 60% mark: Iceland with 83.7%, Norway with 77.4%, and Sweden with 60.1% of their respective energies generated from renewables.

Renewable energy in Sweden has developed over time, majorly from hydropower and bioenergy. This growth can be linked to the availability of moving water and biomass from its 63% forest cover. Sweden has, over time, leveraged its abundant water resources and topography for hydropower energy generation. As of 2021, 29.47% of Sweden's total energy consumption came from hydropower, of which 42.97% accounted for electricity. In addition, as of 2021, over 4,000 wind turbines were distributed all around Sweden.

While the proportion of RE in Sweden sounds impressive, the size did not explode in a night. Nevertheless, the country's RE journey over the years is one to consider for a proper understanding of where it is going.

Renewable Energy in Sweden: How Far They Have Come.

Over the past decade, Sweden has shown demonstrable growth in energy generation from renewables and decarbonization.

In 2011, Sweden generated 55.96% of its total electricity from renewables. This figure would go on to reach 67.33% as of 2021. The difference over the span of a decade might not seem much, but to better understand how significant this growth is, the constituents of the leap should be studied.

Over the ten years, hydropower share dropped from 44.2% to 42.97%. Considering the fact that the growth wasn't reliant on hydropower, the difference becomes more significant, knowing that other RE sources were responsible for this tremendous growth.

Additionally, the growth of RE in Sweden is not limited to electricity generation but extends to the transport sector. As of 2011, Sweden registered a meagre total of 178 electric vehicles (EVs). Sweden, in 2021, registered about 4,000 units of passenger EVs with over 13,700 public charging stations from just about 500 in 2012.

These events trickle down to the density of CO2 emitted per unit of energy consumed, with the country recording a drop in carbon intensity by 0.03kg/kWh between 2010 and 2020.

Policies Aiding The Growth Of Renewable Energy In Sweden

2020 was perhaps the turning point for Sweden's diversification of its investment in RE, understandably so because it was the same year that the share of the country's RE in total energy produced hit its peak.

Since the outbreak of the Covid-19 pandemic, the Swedish government has committed no less than €3.53 billion in policies to aid the continual growth of RE. This amounts to about €343.45 per capita.

One major policy is the investment in biogas. Besides wind energy, which has soared over the years, biogas is the next big thing the government has its eyes on. The plan involves the initial earmarking of SEK500 million for the development of biogas plants and a subsequent annual investment of SEK700 million for the same purpose.

Furthermore, the Swedish government has subsidies and incentives for its citizens, such as tax exemptions, tax reductions, wind energy grants, and heating subsidies.

Renewable projects continue to spring up in Sweden. An example is a partnership between Uniper Engineering and Fortum eNext in three projects relating to Nordic hydro and physical trading optimization, hydrogen, and wind and solar development. They plan to complete it in 2025 and have gone past planning. They currently offer services to utilities and energy-intensive companies.

‍Vattenfall, a government-owned company, also announced in 2019 to upgrade the hydropower plants and increase their capacity to 600 megawatts by 2023. It is very significant to Sweden's goals for renewable energy, and the output is almost equivalent to 100 wind turbines. Currently, up to 20 power plants have been upgraded, and 450MW more have been generated already.

More so, in Ludivika city, 48 apartments have been linked as prosumers forming an energy community. Each has solar photovoltaics, thermal energy storage devices, and heat pumps to constantly use and produce renewable energy.

Building upon the solar and wind projects, Scandinavian Biogas is currently building a biogas plant in Monsteras where there is a high density of animal waste. Upon completion in 2024, the plant will be able to convert 300,000 tonnes of animal waste to approximately 120GWh of liquid biogas. This project aims to support local farmers and supply energy to remote communities.

With the impact of COVID-19 in 2020 and the trends of events, forecasts predict a CAGR of 3.5%% in the Swedish renewable energy market between 2022 and 2027. This prediction is due to policies and initiatives that are in support of renewable energy. Also, hydropower will likely dominate the market as more upgrades are planned and organized. However, experts also feel that maintaining renewable energy systems would limit the market.

The Swedish government expects that by 2024 it will have implemented a full 120TWh of offshore wind energy.