Renewable Energy in the Netherlands; What you should know. 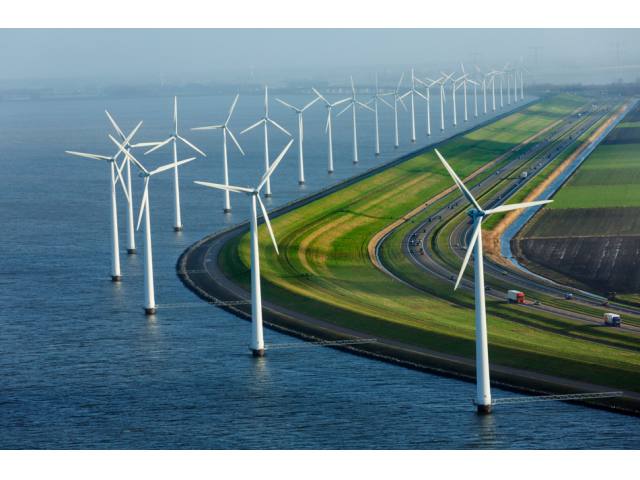 The Netherlands (also known as Holland in some languages, English inclusive) is popular for many things. Its windmills, tulips, beautiful canals, beer, and food are among them. However, the sustenance of some of these things is heavily reliant on energy production and consumption. As the second-largest exporter of agricultural products behind the United States, the country is blessed with over 225 food processing companies—all of which require high amounts of energy to maintain their efficiencies.

As time goes by, the world leans further away from its reliance on fossil fuels for energy generation. The adoption of energy from renewable sources draws closer to the centre by the second, and The Netherlands is not excepted from this advancement. While fossil fuels remain the dominant energy source in The Netherlands, the growth of renewable energy (RE) in the country over the past decade has gained impressive momentum.

How far the Netherlands have come in Renewable Energy

One limiting factor to the growth of renewable energy in the Netherlands is the topography. The Netherlands, in its entirety, is not below sea level, but a significant part of it is. This geographical situation is not welcoming to the use of hydropower.

Despite this challenge, a careful analysis of the country's RE development in the last ten years shows the inverse relationship RE sources have with fossil fuels, as we will see.

These figures merely highlight the aggregated values over the last ten years. It is worthy of note that hydropower remained the same throughout this study period due to the factor already discussed. Solar, however, grew by 9.90%, wind by 11.77%, and other renewables, such as biomass, by 3.29%.

Policies Affecting the Growth of RE in the Netherlands

Lately, European countries have started working towards meeting renewable energy development goals. For example, the Renewable Energy Directive in the European Union was formerly to the end that by 2020, the final energy consumption of countries in the EU would be up to 20% renewable. However, can we confidently say the same motivation pushes the Netherlands?

These plans aren't mere rhetorics. On the contrary, the Dutch government has set aside actionable policies and incentives to bring about a realization of these ambitions.

Recently, it introduced SDE++, a €13 billion subsidy to companies and organisations that have invented and/or are planning to invent newer energy-production techniques to reduce CO2. This development is a follow-up to the €149 million Energy Investment Allowance (EIA) scheme designed to grant an average of 11% tax reduction to RE-efficient setups.

It doesn't stop there. The government has given its unwavering support to research and innovation on subjects such as electric vehicles (EV), decentralised grid systems, and energy-neutral buildings.

Windplanblauw— also known as Wind Plan Blue, is a 250MW wind project currently being constructed in the municipalities of Dronten and Lelystad. The project involves the installation of 37 units of 4MW wind turbines on land and 24 units onshore. The combined 61 units, upon complete installation in 2023, are expected to feed electricity to 400,000 households while preventing the emission of 340kt of CO2.

Hollandse Kust Zuid Wind Farm— the 1.5GW, upon its completion in 2023, is being tipped to be the largest offshore wind farm in the world. Equipped with about 140 wind turbines, the wind farm is estimated to supply electricity to approximately three million households in the Netherlands.

The collaboration between Kronos Solar Projects and Greencells in the Netherlands is currently beginning to expand. The partnership has started a new 14 MW solar project at Voorst in the second quarter of this year (2021). Greencells has been actively working in the Netherlands since 2018. The company has completed up to 332 MW projects individually and with other collaborators. Kronos Solar Projects are also renowned for its investments in solar projects up to 290 MW in more than one country.

Experts' Projections on RE in the Netherlands

Earlier this year, the Dutch Minister for Climate and Energy, in a statement, said plans were in place to double the country's wind energy capacity by 2030. This translates to a total of 21GW capacity by 2030 from wind farms alone.

Experts believe that between 2022 and 2027, the Dutch RE market is expected to have a compound annual growth rate (CAGR) of 7.34%.

Moreover, not only does the Netherlands aim to cut its greenhouse gas (GHG) emissions by 49% by 2030, 70% of the country's electricity consumption is expected to come from solar and wind energy by the same year.

For a country with a topographical challenge, as previously discussed in this post, the Netherlands has come a long way towards keeping up with recent global RE developments. However, there is a diminishing gap between the current numbers and the projected statistics. While the government is working, through projects, policies, and commitments, to promote RE growth and even make prosumers out of its citizens, it could earn more results by decarbonising its transport sector through investment in EVs and smart charging.