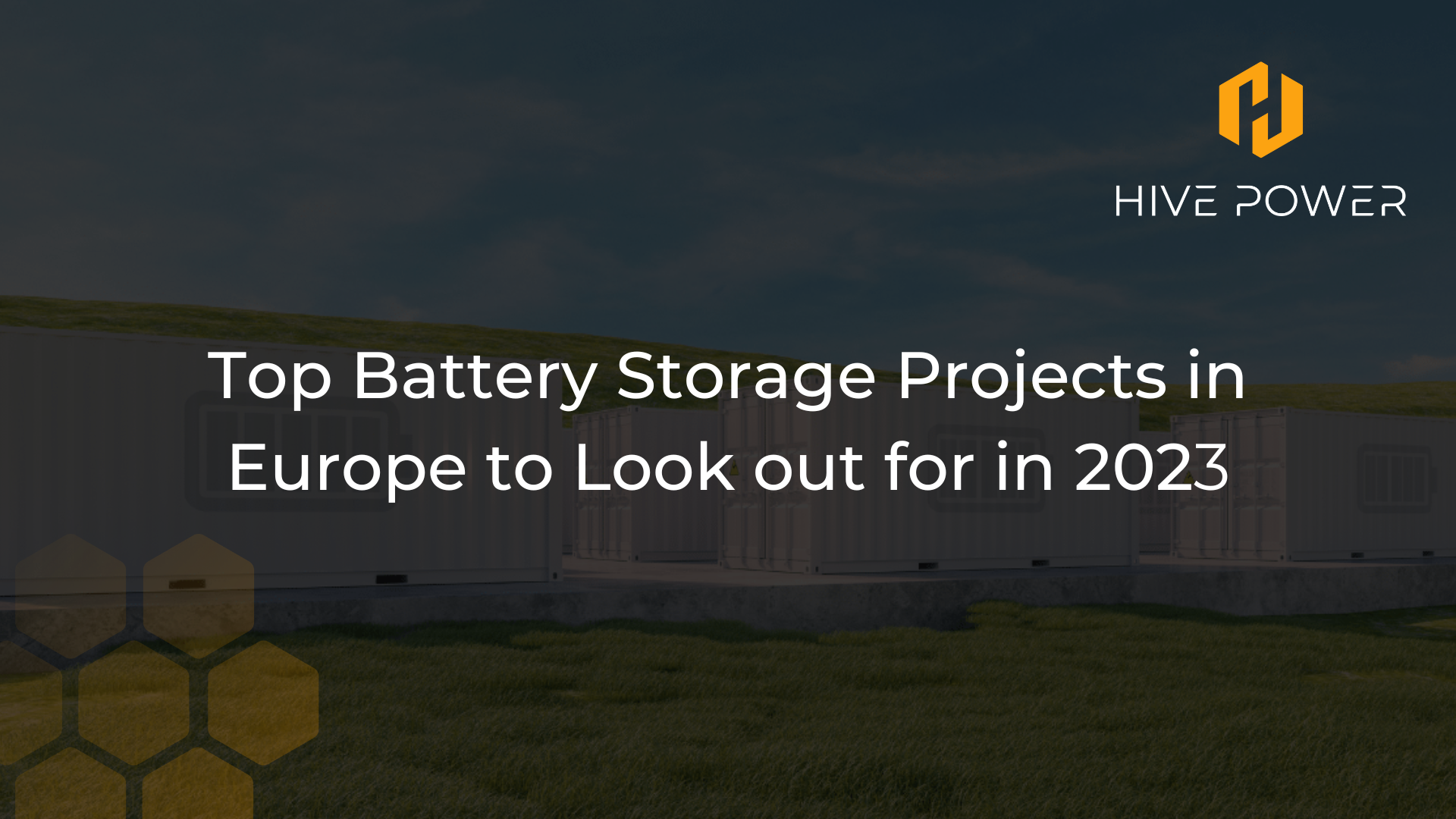 The EU has stated its ambitious goal of having more than half of Europe run on renewable energy by 2030 and reducing carbon emissions by 2050. To achieve this, they will need to invest heavily in renewable energy sources, including solar and wind power. But to make this investment more sustainable, renewables would have to be stored for later use to provide power supply during excess energy demands. The storage process can be done on the grid and individual buildings levels, which has made Europe a renowned home of energy storage technologies.

To further put the importance of battery storage in perspective, Europe needs a total of 187 GW of energy storage by 2030, 122 GW of which will be battery storage—that is about 65.24%. This capacity, for instance, can go a long way towards managing unforeseen crises—such as the Russo-Ukraine war and heat waves—that are likely to cripple grid stability and inflate energy prices.

Europe's Battery Storage Race and Why it Matters.

The EU policy framework outlines the correlation between energy storage and climate change, explaining the Government's decarbonization plan to secure a sustainable, competitive, and affordable energy supply in Europe. The policy targets areas of interest like decarbonization and energy efficiency amongst other "green" measures, making battery storage and manufacturing a supported initiative. Benedikt Sobotka, a co-chair of the Global Battery Alliance, stated in an article - that a £1 billion investment made by automaker Nissan in a Gigafactory plant in England was critical in increasing battery manufacturing and the role of the technology in EU's energy transition. However, battery manufacturing processes can be cumbersome and not very sustainable, which puts a dip in energy storage. Thus, a solution could be providing a responsible means of battery manufacturing, such as recycling and safe working environments.

Based on the growing need for energy storage, lithium-ion batteries are expected to dominate the market, and their production is expected to increase in Europe.However, there's still a significant amount of energy storage projects carried out by top energy companies and industries on the continent.

Seven European Energy Storage Projects to Keep an eye on.

Here's a round-up of some energy storage projects to look out for in 2023.

According to Battery University, electric vehicle (EV) batteries typically last 10-20 years before they are replaced. However, not all EV batteries live up to these designated lifespans. Other factors such as high temperatures, operating at a high or low state of charge, usage, and high electric current shorten EV battery life. What then happens to these batteries? For the most part, they are discarded, and this contributes to environmental pollution.

On November 18, German-based FENECON began the construction of an industrial park in Germany to address this significant challenge. The €22 million projects aim to repurpose replaced EV batteries into stationary storage for both on-grid and off-grid usage.

Scotland aims to be carbon-neutral by 2045, and while this goal is feasible, the country's highly unpredictable weather conditions pose a serious threat to this target. This is why the government has launched a funding program for storage projects through the Net Zero Innovation Portfolio (NZIP). One such project is the Single Liquid Flow Battery (SLIQ).

StorTera, an energy storage solutions developer based in Edinburgh, will begin the development of a megawatt-scale battery that will be functional for up to eight hours.

The £5 million project will begin development in 2023 and launch at the Midlothian Innovation Centre (MIC) in 2024. The objective of this project is to offer flexibility to the grid through stored electricity that will be used to support the grid during peak hours.

Finally, the battery will be optimised to operate efficiently for 30 years.

RWE, a Germany-based energy group, will begin constructing a 220 MW battery storage project in the North Rhine-Westphalia region of Germany in 2023.

The €140 million project will be split across two different sites:

There will be 690 battery blocks installed across a total area of 21,000 square metres, giving a combined output of 220 MW.

RWE is also constructing a photovoltaic plant to integrate a battery storage system. The project is located at Garzweiler open-cast lignite mine in Jackerath, Germany.

The solar panels are designed to generate up to 12.1 MW of electricity, and the battery storage system is expected to store 4.1 MW of the generated electricity at peak output. The dual electricity facilities will begin operation in 2023.

In the UK, a former gas-fired power station is being converted to a battery storage facility.

Working with GE Renewable Energy, Centrica, an international energy company, plans to build a 50 MW battery storage facility out of a decommissioned power station in Lincolnshire, UK. The facility will become fully operational in 2023 and is designed to store energy from 43 onshore wind farms across Lincolnshire.

Moreover, the solution will be a two-hour duration system capable of providing electricity equivalent to a full day's energy consumption for 11,000 households (around 15% of the homes in North Lincolnshire). It is expected to operate for a lifespan of 25 years.

In 2021, London-based energy company, Penso Power, secured eight acres of land beside Bramley Substation in Hampshire, England. The purpose of this acquisition is to begin the construction of a battery storage facility.

The development of the 100 MW battery awaits approval from the local planning authority. Once this is out of the way, construction will begin promptly in 2023 to make it in time for energisation in 2024.

Upon completion, the battery will have sufficient capacity to power 230,000 homes for two hours.

Production of the storage batteries, which will begin in 2023, aims to support Finland's ailing grid due to increasing demand and climate change.

Besides tackling energy demand during peak periods and preventing grid collapse, it is necessary for cases where energy generation outbalances demand, thereby leading to regrettable waste of energy that could be useful for future purposes

Countries in Europe like the United Kingdom and Germany have large energy storage capacities. Power tech research has outlined that the United Kingdom leads other countries in Europe regarding storage capacity. And then, followed by Germany, Spain and Ireland. The EU's energy storage market is expected to grow at a compound annual growth rate (CAGR) of approximately 4.2% between 2022-2025. While the global energy storage market size is expected to reach $26.81 billion in 2028, having a CAGR of about 16.5% from 2021. These numbers show the possibility of Europe's energy storage dominance. Although Europe might not be leading the world in battery storage capacity and growth just yet, their path towards battery energy technology domination is sure to be on track as they progress.