What Do Extreme Heat Waves Mean for Energy Supply and Management? 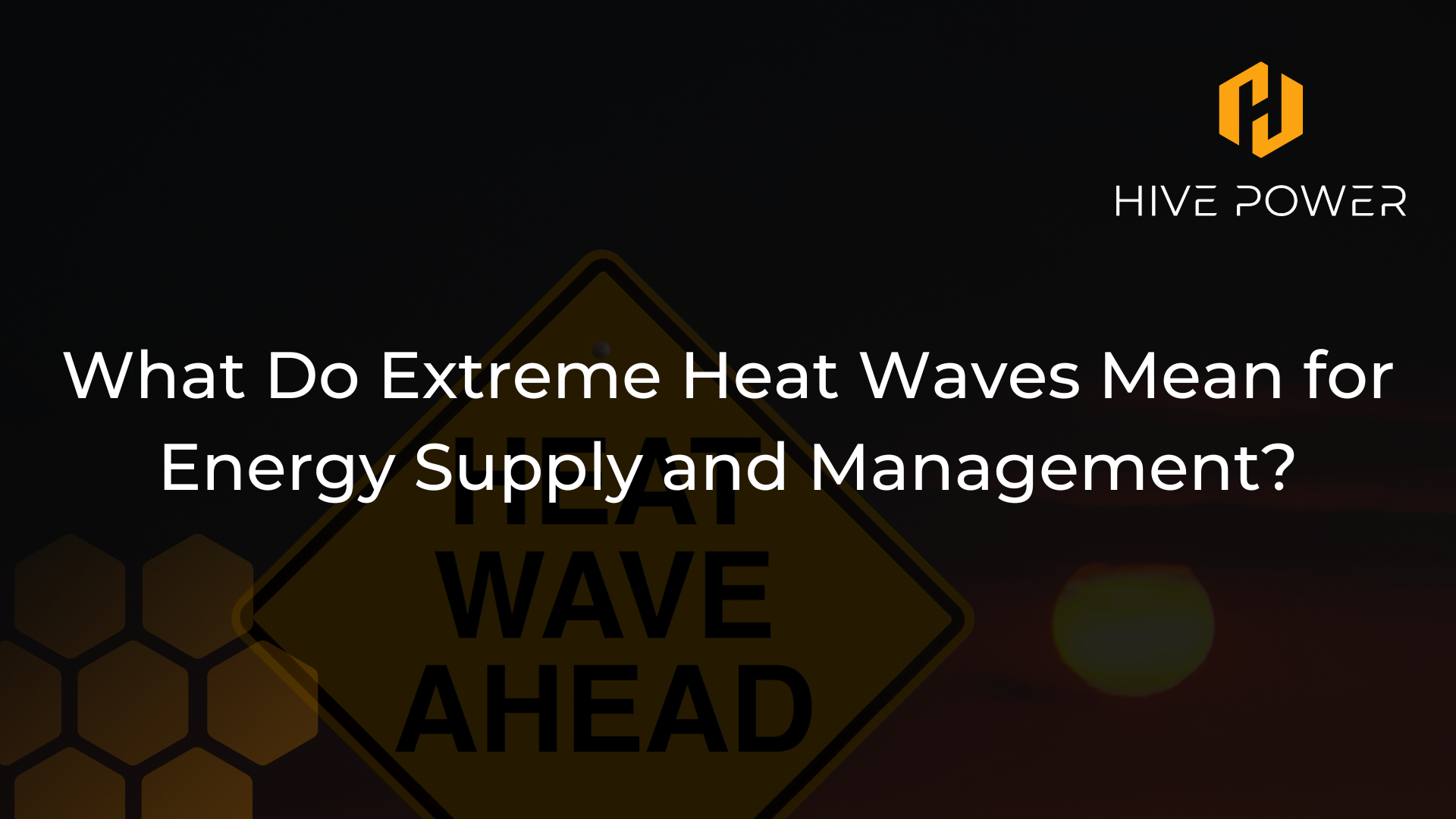 June 2022 ushered in another series of heat waves in Europe since the one experienced in 2021. We can draw Parallels between these two series of events.

Heat waves are a series of unusually hot days that may span a few days or several weeks. What typifies a heat wave are the out-of-bracket temperatures recorded within observed periods and compared with the historical averages of the given geographical area.

How Often Do Heat Waves Occur?

Europe, for one, has had its fair share of heat waves, most of which turned out to be deadly. The first extreme European heat waves occurred in 2003, claiming over 70,000 lives in France, the UK, Portugal, Italy, the Netherlands, and Germany.

For the past four years, heat waves have consistently plagued Europe annually. Its socio-economic and environmental impacts include wildfires, droughts, disturbed jet streams, dry soils, hot days, sluggish ocean currents, etc. But how do these affect energy supply and management?

Impacts of Heat Waves on Energy Supply and Management

The occurrence of heat waves and the sufficiency of water are two mutually exclusive events. Consequently, most affected countries record a sharp drop in reservoir storage levels during such periods. As a result, hydroelectric dams undergo acute flow rate reductions due to their sources shedding their water volumes. This, in effect, establishes a huge shortage in hydropower supply, imposing a sudden pressure on other renewable energy (RE) sources.

If not managed effectively, this situation will, at best, result in an imbalance of energy demand to energy supply ratio and, at worst, grid collapse. This impact is felt particularly in countries such as Sweden, whose major RE supply comes from hydropower.

The presence of heat waves means a frenzied electricity demand in the affected areas. The period is a sweltering couple of days or weeks, or even months, that necessitate the urgent need for cooling, thereby doubling or tripling the demand for air conditioning.

For instance, Texas witnessed an all-time surge in energy demand during the nascent days of the heat waves that have hit the US this year. Electricity demand leapt to a record 75,142MW on June 16. As a result, a megawatt of electricity that would have typically powered around 1,000 US homes could only manage to power around 200 homes.

With soaring demands for electricity for cooling and pressures mounting on solar and wind farms, it became imperative that the governments of the EU member states slacken their previously enforced fossil fuels policies and fire up these high-carbon sources to combat the surge in electricity demands.

Between June 12 and July 17 alone, daily carbon emissions in the EU member states grew cumulatively by 18 per cent.

While it is understandable that the governments are violating their decarbonisation goals to satisfy the impromptu needs of the people, there may be more sustainable ways to get around these challenges.

What is the Way Out?

To minimise the chances of energy demand having a crippling effect on grids, it is important to strengthen the role that RE sources play in energy consumption. Governments & stakeholders can take the following measures to forestall a possible grid collapse and implement effective energy management:

While heat waves generally leave devastating marks on the environment and energy grids, one fortunate thing about them is that they share a common ground with solar energy generation.

With increased solar PV capacities, sunlight, the progenitor of heat waves, can be leveraged to convert the mishap of rising temperatures to an advantage to efficiently eclipse soaring energy demands that may arise from future occurrences.

The good thing about decentralised energy systems is their flexibility. Another is how much more flexible it can be through the ready accommodation of electric vehicles (EVs).

With scheduled charging, EVs are planned to charge only during off-peak demand hours, typically at night when, in heat waves, electricity demand is significantly lower. V2G charging, on the other hand, is a way EV owners can give inactive electricity back to the grid to satisfy the growing consumer needs.

With our FLEXO Smart Charge, you not only contribute immensely to energy sustainability, but you also earn money in the process.

Energy communities exist wherever there is a decentralised energy system. An energy community is a network of prosumers coexisting with one another through mutually shared energy.

Energy communities are typically tough to manage manually, owing to their complexities. These complexities deepen in cases of extreme heat, and this is where our FLEXO Community Manager steps in.

The platform helps energy suppliers and grid managers manage flexible assets—such as the Internet of Things—that work in real-time to optimise energy usage and balance demand with supply.

Heat waves, over the years, have dictated energy demand and usage, and thus the worldwide response to their appearances. However, this narrative can easily be changed with technological solutions at energy users' and suppliers' disposal. Our FLEXO solutions offer variegated benefits ranging from robust technical rehabilitation to economic advantage for both businesses and end-users. Book a slot with our team to understand how Hive Power’s flexibility solutions can help stay ahead of the next heat waves.

November 2, 2022
Seams great company. All the Best!
Thank you! Your comment has been submitted!
Oops! Something went wrong while submitting the form.