Electric Vehicles in Germany: What You Should Know 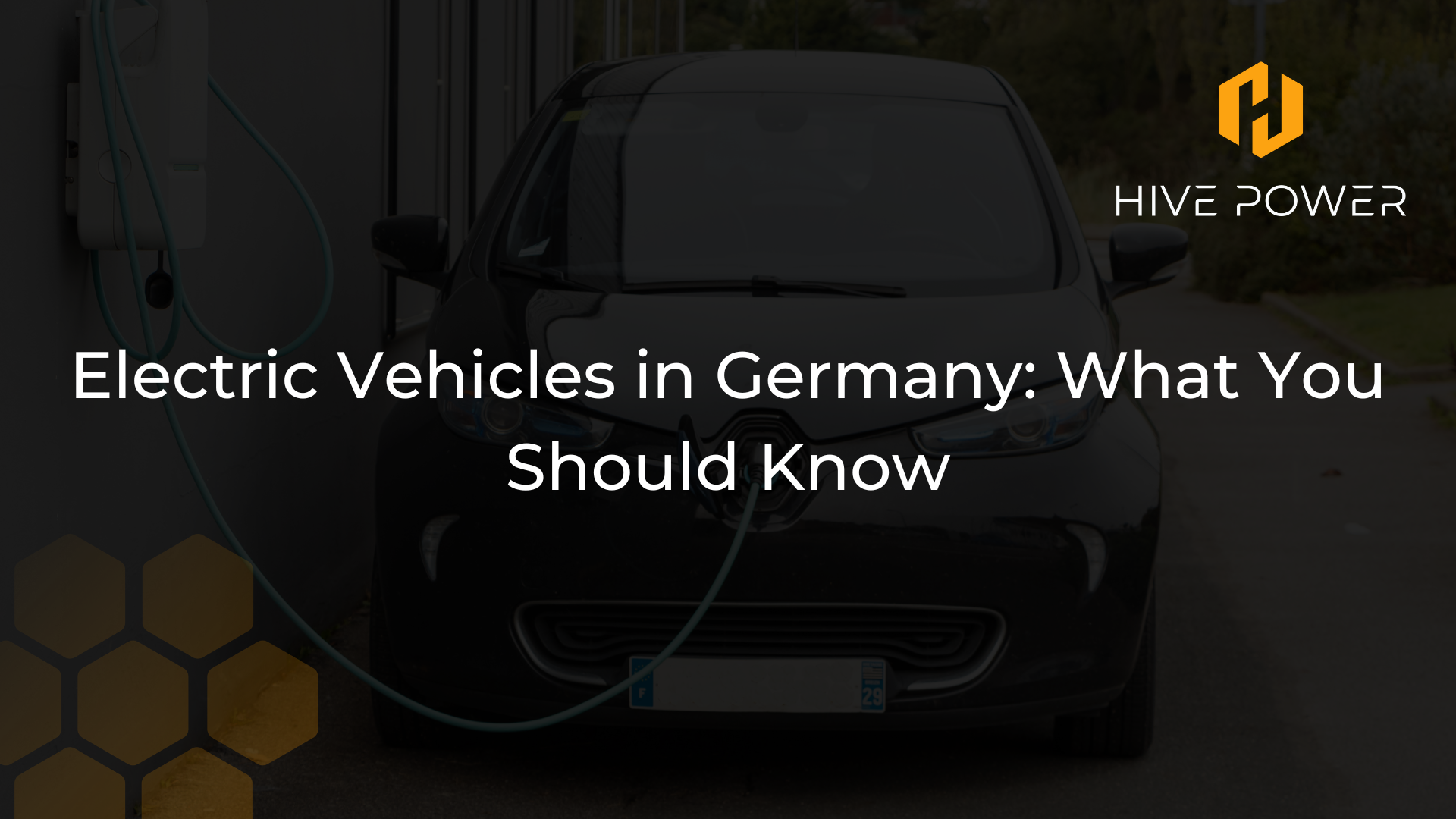 In 2019, Germany's transport sector produced roughly 199 million metric tonnes of greenhouse gas (GHG), making it the largest emitter of transportation-related GHG emissions in Europe. While this value represents the peak emission, it does not deviate much from the values recorded in the previous years. A quick look at the transport sector emissions trend shows that Germany has always emitted nearly this much from the sector.

As of 2020, Germany recorded a meagre 11% reduction in transport emissions from the 1990 levels. Currently, 20% of Germany's total GHG emissions come from the transportation sector. The German government plans to cut this emissions share by 35% by 2030—the highest target among all GHG-emitting sectors. How? Through Electric Vehicles (EVs)!

Germany, as of 2021, had the largest EV market in Europe, with about 681,900 plug-in EVs sold. This milestone, impressive as it may seem, is still not enough to subdue the emissions volume that comes from the transport sector. Hence, the German government has set a goal of having 15 million EVs on the road by 2030. Whether this is possible depends on the current statistics and how far and well Germany's EV market has come.

EV Growth in Germany in the Last Decade

In the same manner that Germany's renewable energy has experienced remarkable developments to become Europe's leading producer of renewable energy, the country's EV market has recorded explosive feats in the past few years.

Perhaps the gap in the market shares makes the past decade's growth particularly noteworthy. In April 2022, Germany saw its EV market share reach 24.3% from 22.1% in 2021. A juxtaposition of these figures demonstrates a 24.204% growth within the last decade.

Visual representation of global EV sales between 2011 and 2021

This year, Germany trails behind only the Netherlands in the number of available public charging stations with 65,000, according to the State of the Industry.

While adequate funding is the key to ensuring the sustainability of the EV market in any region, funding cannot, in itself, do all the work. Instead, countries must inject the funds into viable means that serve as backbones to the desired results or EV market goals. These backbones exist as projects.

In recent times, Germany has introduced interesting projects to help partially fulfil their 2030 EV goals. Some of the projects are briefly discussed below.

Construction of the Tramm-Göthen solar park began in March 2021 in Mecklenburg-Western Pomerania, Germany. The photovoltaic park, with an installed capacity of 172MW, is composed of 14 smaller parks, which all together occupy a total land area of 2.48 million square meters of the Tramm and Lewitzrand municipalities of Germany.

The park has 420,000 installed solar modules with a capacity to power 50,000 homes annually, but this was never the aim. Instead, energy generated from the park will be supplied to German automaker Volkswagen.

Approximately 170GWh of clean energy will be supplied to Volkswagen, which will then be used to service 48,000 EVs annually.

In March 2022, Northvolt, a Swedish battery maker, announced plans to construct a giga-factory in Northern Germany.

The giga-factory named Northvolt Drei will be set up in Heide, Schleswig-Holstein, with a production capacity of 60GWh per year. The project will employ 3,000 people and manufacture its first set of batteries in 2025.

By the end of the construction, the giga-factory is expected to produce sufficient batteries to serve close to a million EVs annually.

The German EV startup, Sono Motors, is on the path to rolling out its first series of EVs wrapped in solar cells. The EVs are integrated with 456 solar cells, which auto-charge the batteries and consequently can add an average of 112km of range to an EV per week. Each EV can also earn up to 245km of range per week. This opens the door to EV self-sufficiency and shuts the door to range anxiety.

Who are the Major EV Players in Germany?

There are 39 brands of EVs currently in circulation in Germany. According to the tabel below, Volkswagen has the highest representation on Germany's roads, with 126,228 EVs. It is also the fastest-growing brand, as the number of registered Volkswagen EVs in 2022 is over twice the total volume recorded the year before.

In contrast, Alfa Romeo comes last on the representation scale, with only one EV on the road.

The top 20 EV brands in Germany.

The bottom 19 EV brands in Germany.

What is it Like to Own an EV in Germany?

Being an EV owner in any part of the world means you involuntarily belong to a community of people with common interests and goals. It also means the rules and privileges, such as charging, subsidies, etc., that apply to the general public may not apply to you and vice versa. Read on to see all you need to know about being an EV owner in Germany.

Costs of Charging an Electric Vehicle in Germany

The varying EV total cost of ownership (TCO) across European countries is hugely dependent on charging costs owing to the ever-fluctuating demand and supply of energy. Moreover, the costs of charging an EV also depend on the provider or utility, 12 of whom dominate the EV German EV market.

The most expensive rate comes from Ionity, which provides only DC charging at 79 cents per kWh, while Stadtwerke Dresden offers the cheapest cost at 35 cents per kWh for both DC and AC charging. Below is a comprehensive list of all providers and their rates.

EV charging rates in Germany by the electricity provider.

The German government has committed to making the country's transport sector go electric. The incentives set in place aim to incentivise Germans to adopt eMobility. These incentives include:

The policies in effect include:

With the uptake of EVs in Germany, electricity demand begins to take a toll on grids. If not properly managed, this could result in consistent blackouts, inadequate demand response, and even grid collapse. One definite method of managing this smart charging.

With smart charging, users can effectively integrate EVs into the grid, and right now, Germany is witnessing its pilot EV smart charging project.

In June 2022, Elli, a subsidiary of Volkswagen, launched a partnership with Mitteldeutsche Netzgesellschaft Strom mbH in eastern Germany to integrate EVs into the grid. This project deploys an algorithm to subside the pressure mounted on the grid during peak hours and simultaneously maximise the use of renewable sources for EV charging.

EVs are on their way to becoming the mainstream mode of transportation in Germany. The German government's plans to have 15 million EVs on the road by 2030 in coalition with the EU's phase-out of internal combustion engine vehicles (ICEVs) by 2035 could necessitate every German vehicle owner to go electric.

EV owners typically worry about the costs of charging, how to comfortably navigate the charging process, and how to deal with range anxiety. However, an EV driver can bypass all these challenges with our EV smart charging solution - FLEXO.

Subscribe to our newsletter to stay up-to-date on the latest developments in the Electric Vehicle and e-Mobility space.